A family retreat in Chile is made entirely of wood

Two things immediately jump out when you first look at Patio House by Chilean architects Guillermo Hevia and Catalina Poblete. First is that it is entirely made out of wood, its structure proudly defining its character, its dark brown pillars, struts and beams reading almost like a sophisticated and enlarged version of a utility construction. The second is its striking location, set within woodland next to the South American country’s Lake Ranco. However, what you cannot instantly see is what gives the project its name – a generous, square-ish courtyard sitting at the heart of the building.

‘Entirely made of wood, the project is governed by two concepts: order and structure,’ explains Hevia. ‘In our many visits to the area in recent years, we have always been struck by the mid-twentieth-century shed typology there, with its structure of beams, pillars, and struts, which can be observed as one enters the nearby village of Futrono from the north.’

For his process of transforming the traditional local shed vernacular into a substantial holiday home, the architect worked with a simple and clean, orthogonal floorplan which he punctuated at the centre with the ‘patio’. The timber ‘exoskeleton’ that holds it up is also what defines the house and gives its volume rythme.

‘The house is configured by means of a single section, repeated and systematized, with all of the structural elements exposed beneath a large roof,’ says Hevia. ‘We decided to use an exoskeleton, making the structure independent of the cladding, so that the structure and roof could be built during the dry weather and the rest of the work finished during the rainy season.’

The interior, designed to meet the needs of a large, extended family, has been designed almost like a mini-hotel, spanning some 400 sq m across a single level. A series of bedrooms, each with its own bathroom, alternate with public areas and open air sections. Generous communal spaces allow for both seclusion and group entertaining as needed. A continuous, glass-enclosed corridor wraps around the patio, forming the house’s main circulation route, while bathing the interior in natural light. 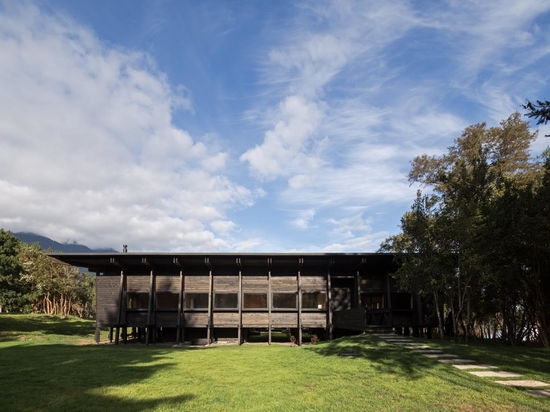 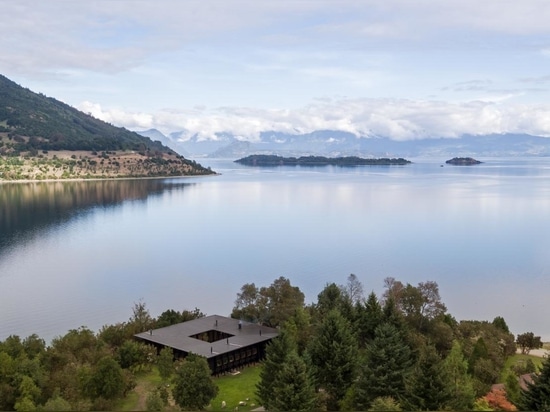 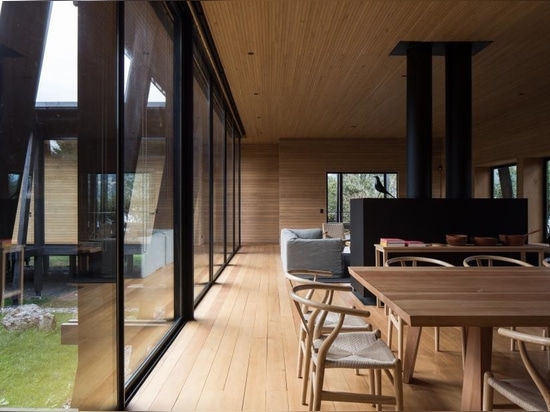 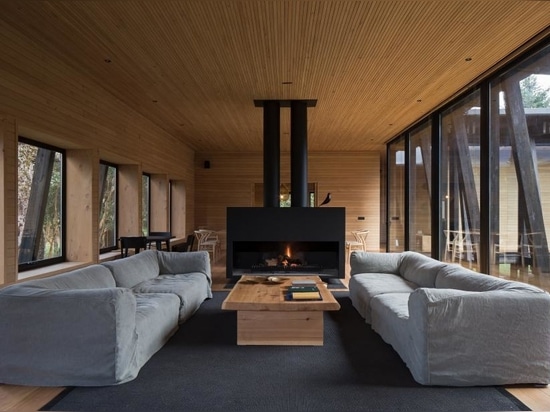 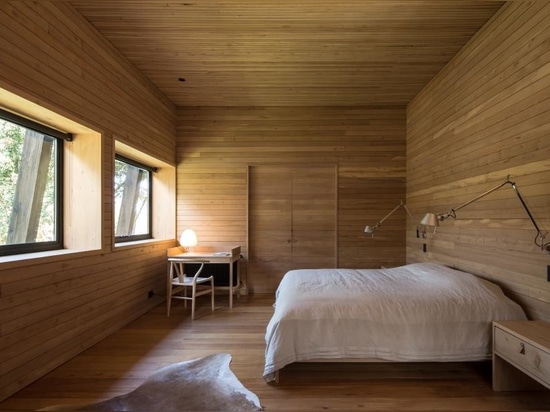 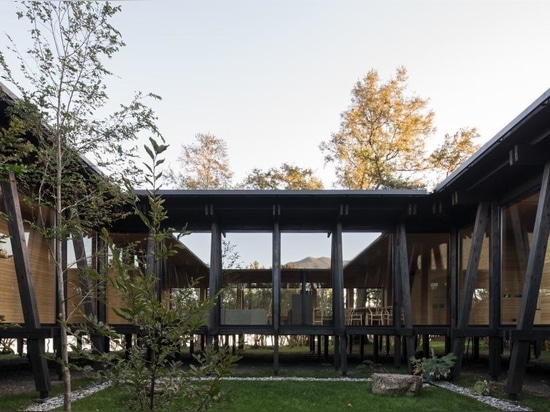