Residential extensions are many architecture studios’ bread and butter, but even within this, fairly familiar, type of commission, projects can range vastly in scope and style. North London based Mulroy Architects are experts in the humble house extension, but still, their latest scheme, the redesign and expansion of a 1930s detached home in Highgate, was a real point of departure – predominantly, because of the commission’s larger scale.

‘We were excited by the potential of adding significant internal height and drama within what would otherwise be a grand 1930s house from the outside but mundane on the inside,’ says practice director Andrew Mulroy. ‘The architecture is also a reflection of the clients who, from the outset, were receptive to the new ideas and were equally excited about doing something different.’

Mulroy looked to references such as American modernism and standalone houses within nature to hone his approach. ‘The early houses by Richard Meier have always fascinated me with their logical circulation routes, clear division between the living and back of house rooms and the grand central space,’ explains Mulroy. ‘We didn’t have a pine filled hillside like the Douglas House from the early 1970s and Horace Gifford’s work, also from the 1970s, felt more relevant in terms of scale. His house at 252 Bay Balk is wonderful and was an inspiration to see whether we could develop a brick version that felt as light and airy as his timber home.’

The result is a minimalist extension formed by the layering of a series of interconnecting clean, box-shaped volumes. A brick envelope frames large openings towards the green garden and the nearby woods beyond. The house extension added 68 sq m to the property while respecting neighbouring homes and the overall sleepy, natural context.

Inside, the glazing ensures natural light reaches every part of the deep floorplate. The new ground level arrangement houses the kitchen and living areas. A new entertaining space can host up to 20 guests. Above, an extra bedroom with its own, private balcony makes having guests over easy – so, even more can enjoy the refreshed home’s chic and generous contemporary interior and peaceful, tree-filled views. 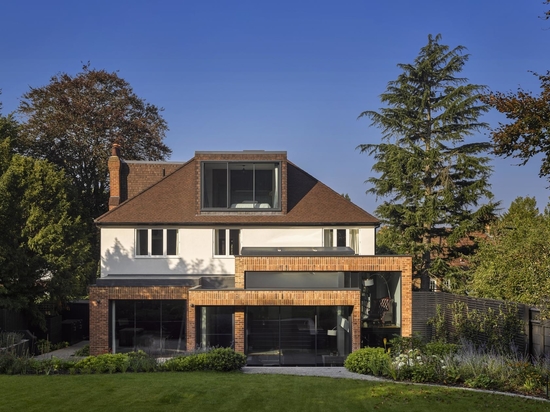 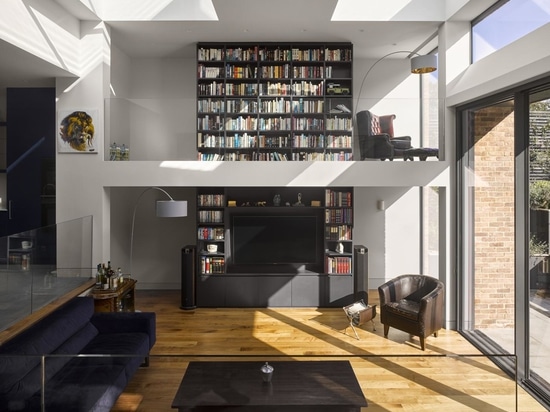 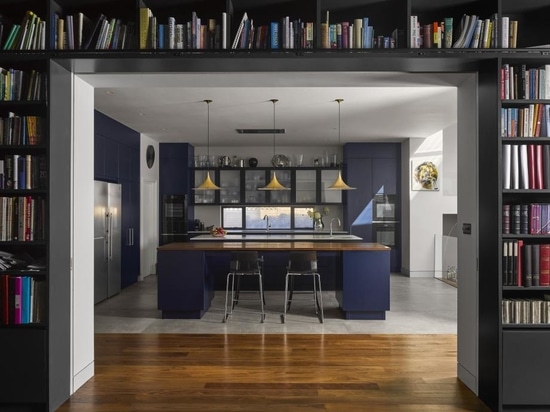 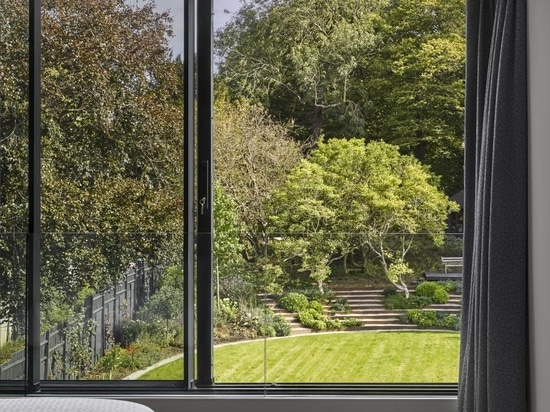 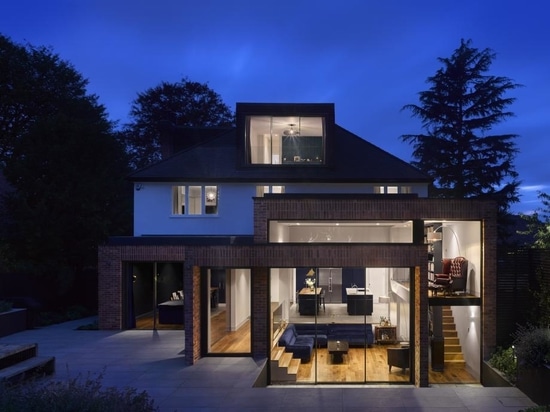 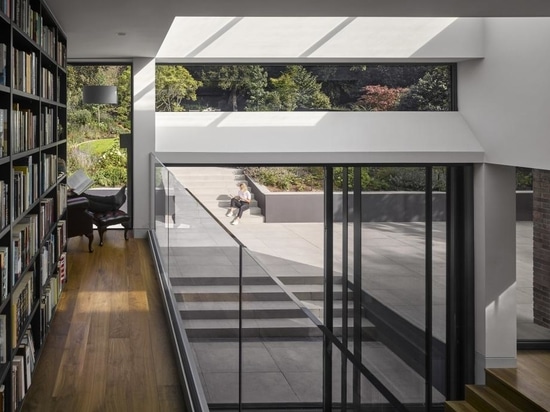