Carbon-neutral apartment complex to be built in Fremantle

One of the first carbon-neutral apartment buildings in Australia will be built in a former light-industrial area in Fremantle, WA, having received planning approval.

Housing 39 apartments and a ground-floor cafe, the development will include 75 kW of developer-funded solar photovoltaic on the roof. It will trial a unique power trading model where the strata company owns the solar infrastructure and generates passive income to offset owner levies by up to 50 percent.

Hillam Architects says in a design statement that the building will reflect and reinterpret the rich, light-industrial heritage of the Knutsford precint, abstracting the surrounding sawtooth roofs within the serrated edges and angles of the facade.

“This angular facade provides moments of familiarity, creating a dialogue with the existing industrial fabric,” the architects state. “Our proposal does not seek to imitate or mimic the existing architectural fabric, rather to provide a contemporary reinterpretation of the existing character while also looking toward the future goals and aspirations for the precinct.”

A key design move for the Montreal Commons building is the creation of a central courtyard by cutting into the massing from the west, improving views, light and ventilation. A view corridor has also been cut through the volume from north to south and a series of green, open-air communal spaces are terraced down the building.

“The spatial arrangement of the courtyard, periphery walkways and main stair echo the utilitarian layout of a working factory floor,” states Hillam Architects. “The central courtyard space anchors the building and serves as both a recreational space for residents [and] a privacy buffer between apartments.”

Aspect Studios in the landscape architect for the project.

The development has been approved by the Inner South Joint Development Assessment Panel, having been supported by Fremantle council’s Design Advisory Committee. The project is scheduled for completion by late 2022. 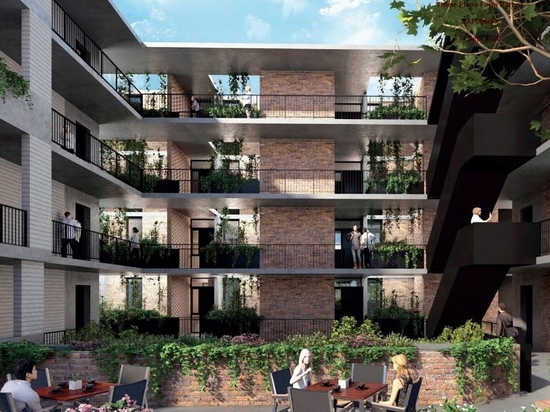 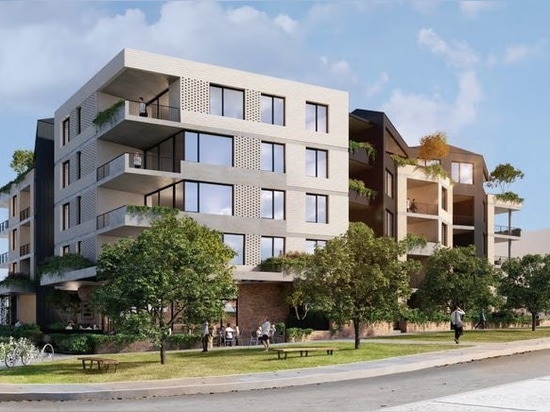