Nanbu County, Nanchong is known as the "Second City of Chengdu-Chongqing Circle" in Sichuan." A history of the south, the love of water through the ages", for thousands of years, the water of the Jialing River has been rushing here, nourishing everything, and the people of northern Sichuan have thrived here and compose a glorious chapter. In the principle of respecting nature and advancing into the future, the design puts forward the concept of "Jialing Pearl, Brilliant Riverside". It introduces the Jialing River water into the site to create Nanbu Shuicheng where the city is on the water and the water is in the city, creating a closer and intuitive experience for people's water activities.

According to legend, in ancient times, floods were inundated and people were unable to live. Dayu was ordered to eradicate floods when he was in danger. He dredged the river and widened the gorge, eventually allowing the water to flow smoothly and the people live and work in peace. In the process of traveling all over the land to control water, Dayu also left precious relics in Nanbu County. In order to inherit history and culture and pay tribute to the spirit of Dayu’s scientific water management, at the premise of large-scale parks and characteristic visual landscape belts, the design incorporates the Dayu culture in the entire site, showing the life of Dayu through line construction and formal symbolism, creating a cultural business card for the integration of the Nanbu Shuicheng.

The New City Portal-the Magnificent Scroll of the Prosperous Age

As the visual link between the old and the new city, the construction of the river system in the area fully integrates the water resources with the interior of the site, which has realized the urban development goal of connecting the city with curved water, interweaving blue and green, and coexisting organically. Through combing the terrain of the landscape and planting vegetation, it strengthens the natural context, and strives to form a glorious picture scroll of Nanbu in a trance. The construction of modern landscape venues effectively improves the quality of the city, and finally creates a special space for people's leisure, image display, and festival celebrations in Nanbu.

In view of the current waterfront scenery belts that focus on wetland construction, the lack of transition from inland to riverside vegetation has led to the emergence of strong traces of design belts along the river and lack of focus on landscape ecology, the Yujidao Park project ingeniously completed the transition zone design with primary forests, replanting forests, artificial plantations and characteristic landscape forests, perfectly realizing the conversion from native to artificial landscape. 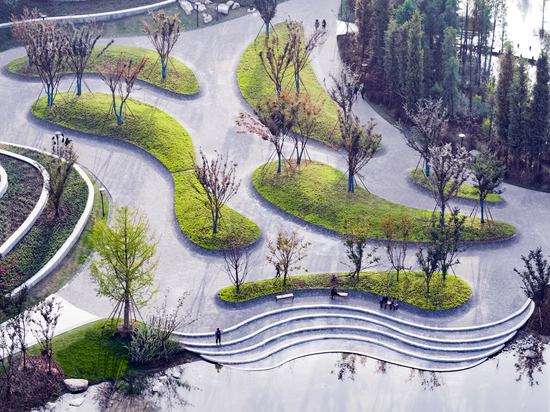 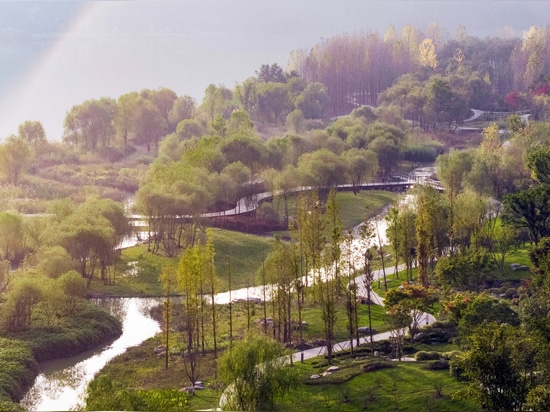 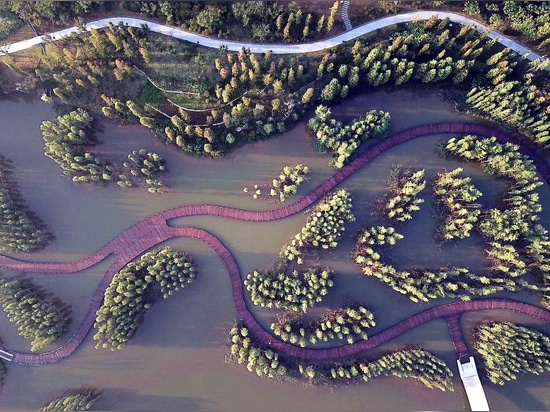 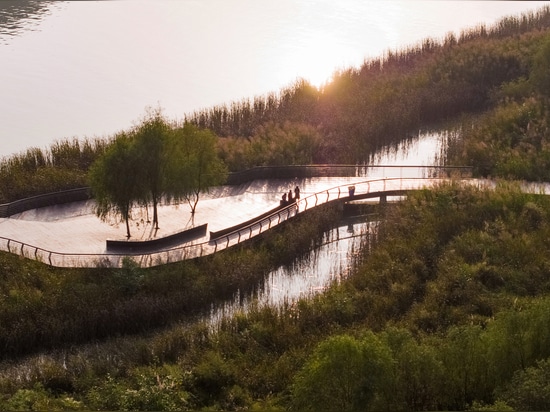 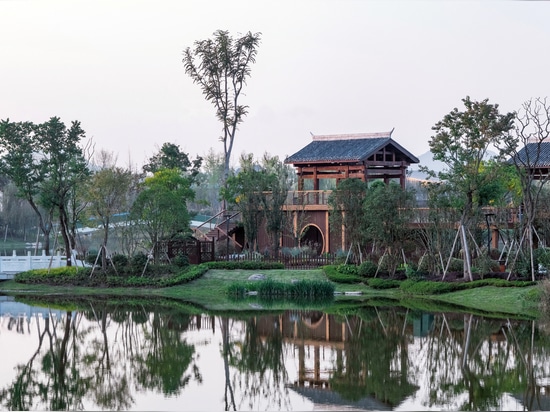 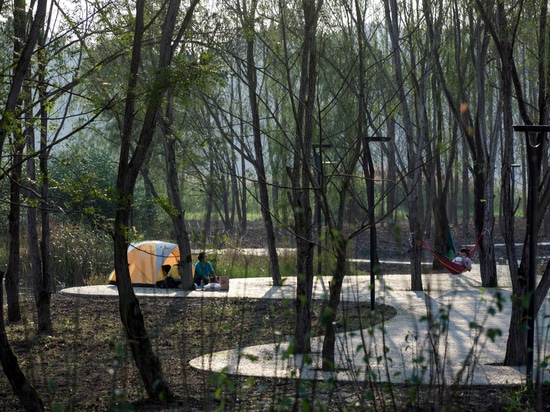