The unique context of the place and the potential negative consequence of implementing a new tissue in this unique area meant that the decision to shape a new building was not easy and had to refer directly to these guidelines, not compete with them, and "respond" to the environment with its uniqueness in a contemporary way. The task was even more difficult as the budget was limited and the investor's expectations were high.

The idea and shape of the building resulted directly from the irregular polygonal shape of the area intended for development and the idea of ​​leaving the largest possible tree stand on the plot. Such a simple inspiration has become the basic guideline for shaping the building. Creating the form step by step, first of all: the solid was formed in accordance with the function of the apartments, optimizing their function into the shape of an irregular polygon.

Then, a perimeter line was marked along the plot boundaries and the block of flats was surrounded with balconies to obtain a panoramic opening to the surroundings. Due to the acute angles (foreign in the context), it was decided to round the corners, referring to the character of the interwar villas in the neighborhood, tree crowns, and the surrounding greenery. In the next step, to open the view to the surroundings, the block was dressed in wooden viewing terraces with various surfaces around it, an internal break in the form was introduced by implementing a patio to illuminate the internal parts of the apartments (bathrooms and entrance areas to the apartments) and the floor of the residential part was raised by one level, leaving the undeveloped ground floor as a space for social interactions of residents and additional external functions.

The building formed in this way received unique features in the form of large terraces, from which you can enjoy the charms of the surroundings, and full integration with nature due to the proximity of trees and additional lighting in the patio. In the last step, the rhythm of the elevation was shaped. Vertical divisions of the façade were introduced, creating expressive regular squares arranging the freely formed volume of the building. It was ensured that the division of the facade and its rhythm were equal and did not have anomalies in the form of extensions or additional elements.

Despite the fact that it looks like one coherent apartment building, it was designed as a complex of four single-family, two-apartment group buildings. The building has been divided into four independently functioning parts, in which there are a total of eight apartments and the ground floor of the building is mostly empty space serving as a common part of all residents and the zone of entrances to the buildings with technical rooms (heat exchanger, power connection, water meter). Each part has an independent entrance on the ground floor in the form of a staircase leading to two premises.

Each of the apartments has access to a terrace of various widths along its outer perimeter, and to a patio, which additionally illuminates the entrance areas to the apartments and the bathroom. The building contains 8 apartments 76-75 square meters on 2 levels with a usable area: 715,4 square meters. 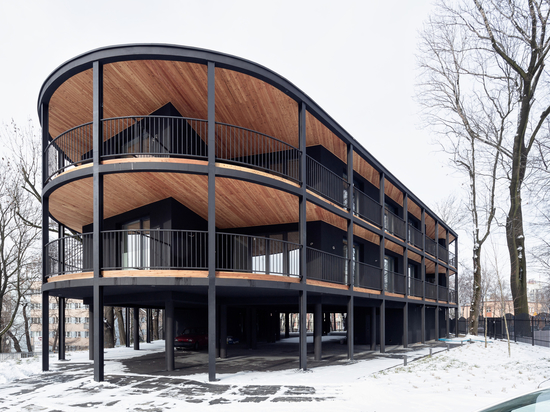 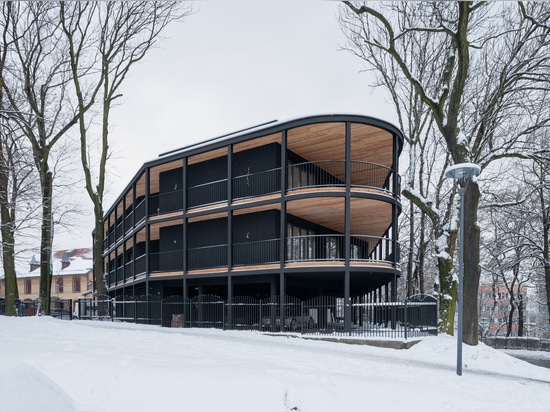 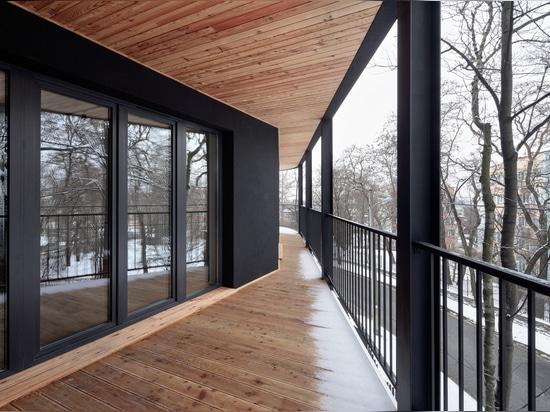 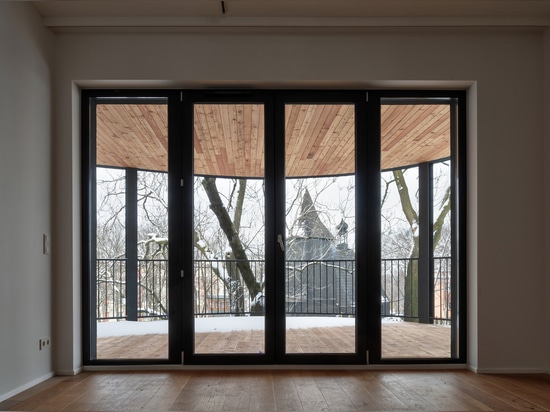 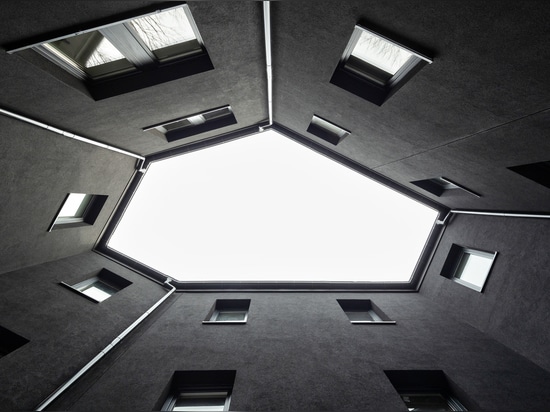 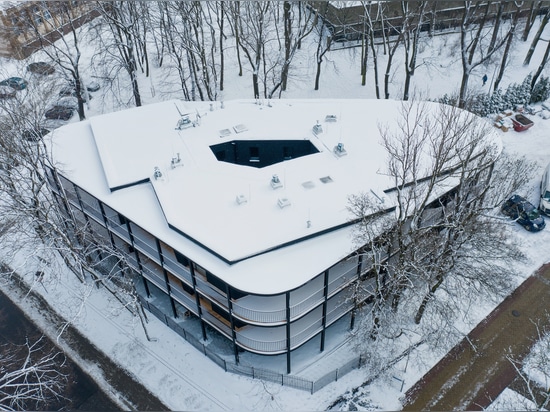