Lebanese designer Khaled El Mays has designed the Transformers collection, featuring a handmade sofa and armchairs that look like they could stand up and unfurl into giant creatures.

The collection is partly informed by the famous Japanese-American franchise of the same name, where humanoid autonomous robots transform into cars, trucks and other machines.

But here the forms are heavily abstracted and romanticised, as El Mays wanted to convey the complicated shapes and large proportions with just a few elements.

His sofa and pair of armchairs are made of bulbous, overstuffed cushions, sometimes joined at sharp angles evocative of the bent limbs of a crouched figure. The pieces appear to lean forward, as if already in a state of transformation.

El Mays begun creating the Transformers series after watching a video of how robots are developed today.

The more subdued nature of contemporary robotics drove him to explore retrofuturism, as he wanted to capture the imaginative vision for the future we had in the past.

"I was very much interested in the forms and how for me this representation seems very much on steroids comparing to how the actual aesthetics of today are going," El Mays told Dezeen.

"For me, the idea of the robot represents a glimpse of the future of humanity."

"Me intentionally interpreting this in something very humble and static also presents a way to bring simplicity to the future," he continued. "Not everything needs to be fully engineered and mechanised to serve us."

The theme of simplicity carries through to the process and materials. The armchairs and sofa are made in artisan workshops in Lebanon from wooden frames upholstered in vintage cotton from the 1980s — the original Transformers era.

"I was always producing in Lebanon, and in these hard times for the country, I think I need to support production and quality manufacturing there, by giving these small artisans workshops work and mentorship on finishing."

Lebanon's capital city, Beirut, was the site of a devastating explosion mid-pandemic last year, which destroyed many homes and businesses.

El Mays' previous collection, Palmea, was also made in Lebanon, in workshops in the Bekaa Valley, using wicker, leather and thread.

The Transformers sofa and armchairs are being shown at Nilufar Gallery in Milan. El Mays intends to add more pieces to the collection in the future, including a dining table.

Photography is by Daniele Iodice. 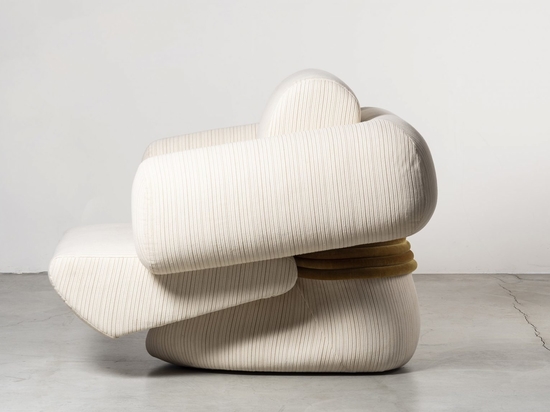 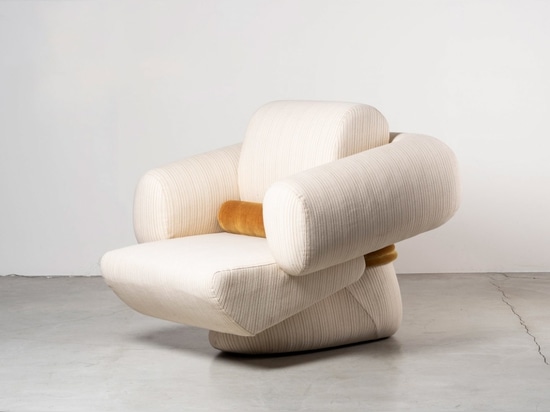 The armchair's shape is inspired by the Transformers robots 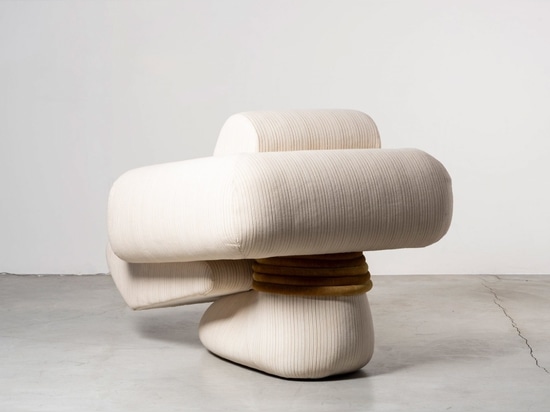 The forms are abstracted and romanticised 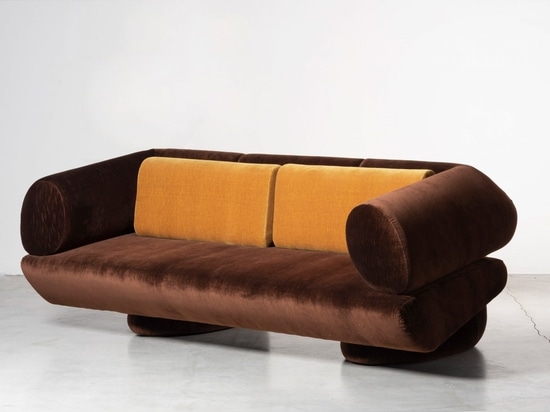 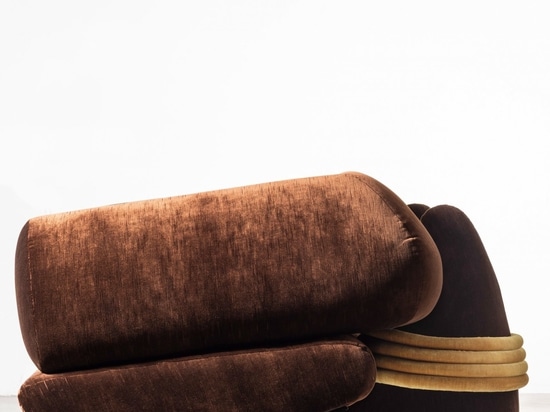 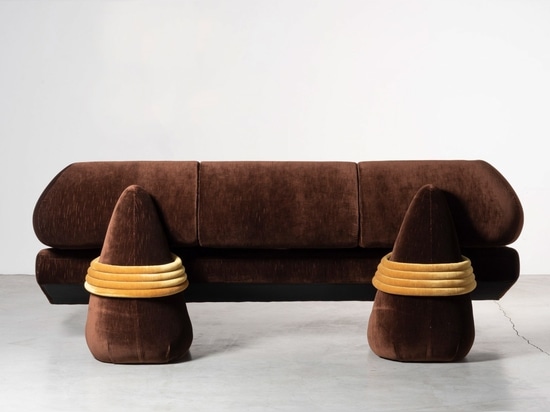 The pieces are upholstered in vintage cotton from the 1980s