Overlooking the olympic sports expo and the Qiantang river, the landmark commercial complex is sited in the core area of the Qianjiang Century city, and draws inspiration from the concept of ‘setting sail.’ The collection of workspace towers suggests an array of billowing sails, celebrating the riverfront site and symbolic of ‘riding a wave of prosperity.’ The podium recalls the image of a ship’s hull breaking through the waves, echoing the rhythm and contours of the river. Meanwhile, the building is tessellated with silvery grey aluminum panels and glass curtain walls, an homage to the lofty olympic sports center to the south.

The Aedas-designed Guanyun Qiantang city comprises five office towers, separated by the branching river. The scattered towers are meticulously organized to secure permeability and maximize views toward the Qiantang river. Set in the form of undulating sails to present a wider office floor plan, the two towers on the north are connected by a three-story retail podium. The south zone, cradled by a looping river bank, sees three towers organized along a green spine of vertically networked platforms.

Between two zones, Aedas constructs its Guanyun Qiantang city as an urban corridor across the river surface. A sustained pedestrian walkway is designed to connect the buildings and public space along the river course, inviting citizens to explore within. The design allows a range of functions flower from the central landscape and get folded into a multi-dimensional urban living space. By linking the waterfront promenades, stepped green space and commercial plazas, the development creates a dynamic and hydrophilic environment, asserting itself as a source of leisure for citizens.

Global design principal of Aedas Dr. Andy Wen comments: ‘with the development of Qianjiang century city and the upcoming 2022 Asia games, this area will attract the gaze of the world. We want it to be more than a landmark commercial building, but that it can also suture itself into urban life and offer a different life experience.’ 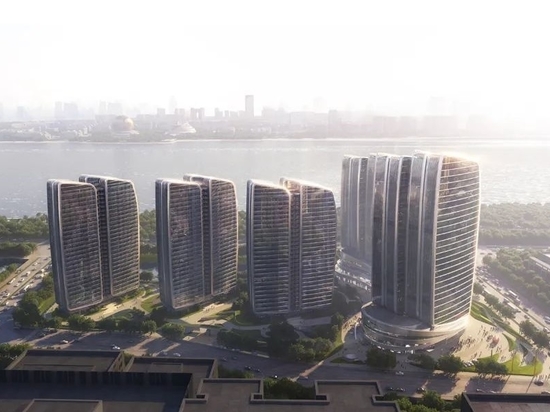 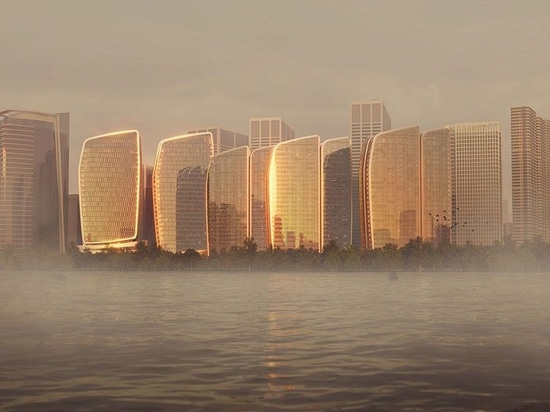 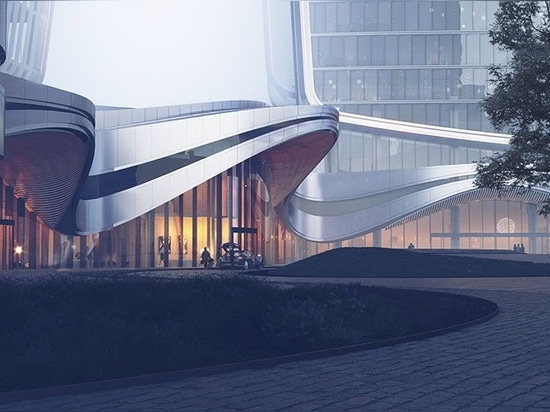 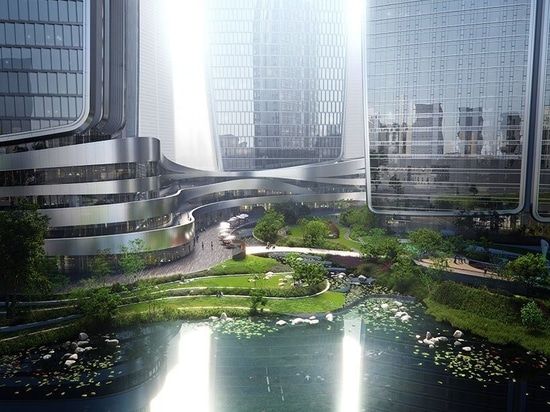 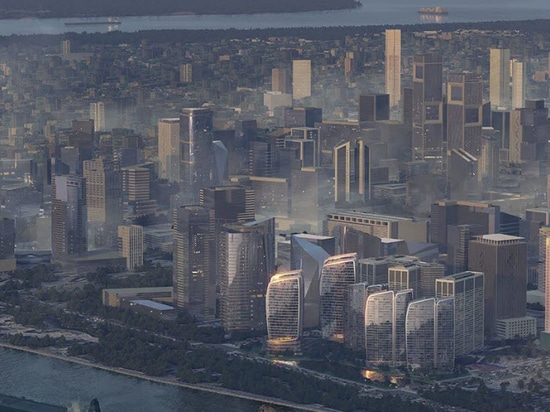