The multi-story building has a series of curvilinear sections which have been designed to look like melted concrete.

A second layer of frames, created as metal silhouettes, adds another layer to the building.

The layer of the white curved accents complements the concrete shapes and acts as a balcony railing.

Studio Ardete also used this facade design to create an illusion, allowing the building to appear taller than it actually is. 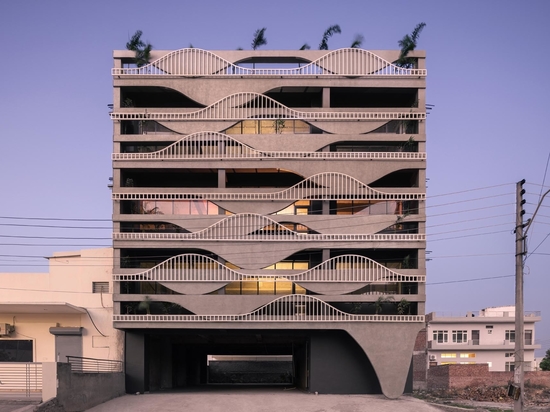 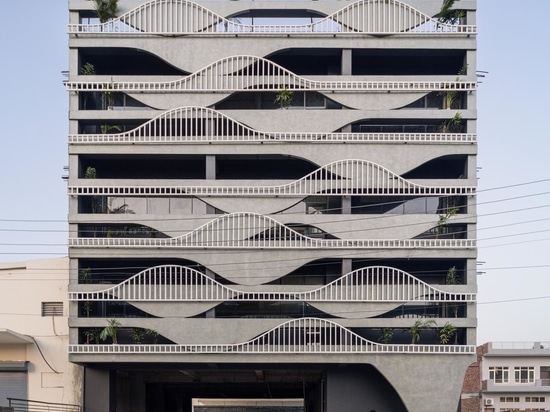 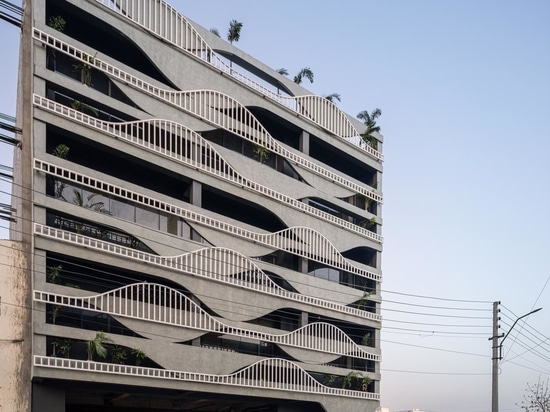