Nestling within a verdant site in Tokyo, Japan, the ‘Tsuruoka’ house by Kiyoaki Takeda architects takes shape as a vessel that accommodates not only humans but also various living organisms.

The architecture generates a continuous arrangement of vaults forming a cool cave-like environment, while blending with the natural surroundings to welcome plants, insects, and small animals in. Lush garden areas are allocated around and on top of the building, opening towards the river nearby.

Kiyoaki Takeda architects has placed all floors on ground level, generating an underground-ish space below them. By enveloping the space with fairly thick soil, the design forms a cave-like living area that keeps occupants cool, and protected from the summer heat. The thickness of the soil was plotted as deep as possible so that the layered garden would be a small forest hosting a mixture of ground cover plants, shrubs, and small trees. By opening the garden to other available life forms, and providing them with a place to inhabit, the garden eventually becomes a natural habitat itself.

‘At Tsuruoka house, over time, the plants will grow, and birds and insects will introduce unplanned species. Eventually, a small forest could appear. Then, after decades, existing life forms will grow and hide the building entirely, and ultimately, their bio-mass must surpass the mass of human-made architecture,’ explains the team at Kiyoaki Takeda architects.

The vault slab volumetry of the dwelling draws influence from the flow of the rainwater, which flows from mountains to valleys. In fact, this very shape of the Tsuruoka’ house helps rainwater fall to the soil, thus contributing to the support of the plants and the other wildlife species that occupy the gardens of the residence. The project is completed with the installation of over-flow pipes to cope with a downpour, high-density compost with water retention at the upper level where the plant roots can reach, and low-density compost with clear drainage at the lower level.

The continuous vault slabs also serve as rain protection canopies, generating a living environment with a shallow ceiling height. This may seem negative at a glance, but it would be a much more beckoning structure for one’s living compared to the general flat slab. Occupants can attach eye bolts, ring nuts, and wires to the ceiling to the low ceiling, and hang hammocks, pendant lights, or planters at any desired location. 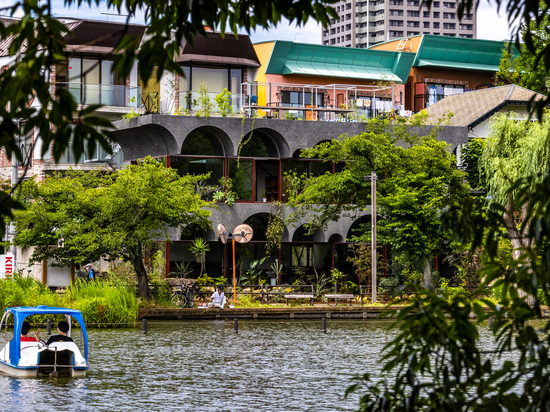 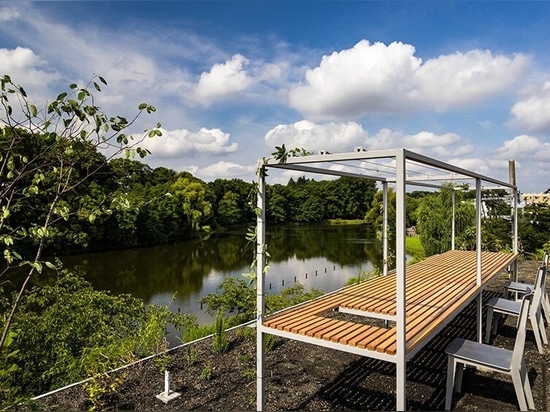 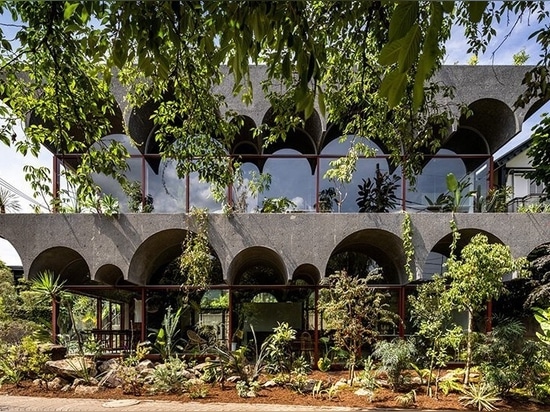 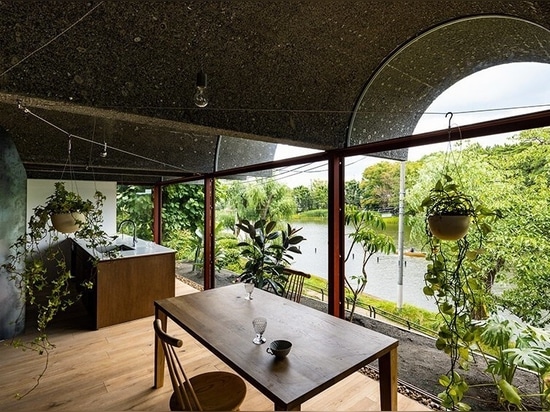 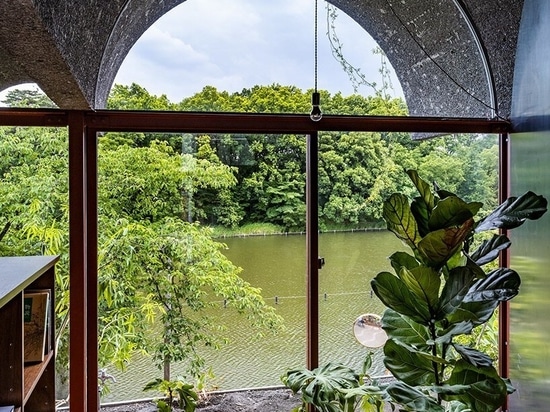 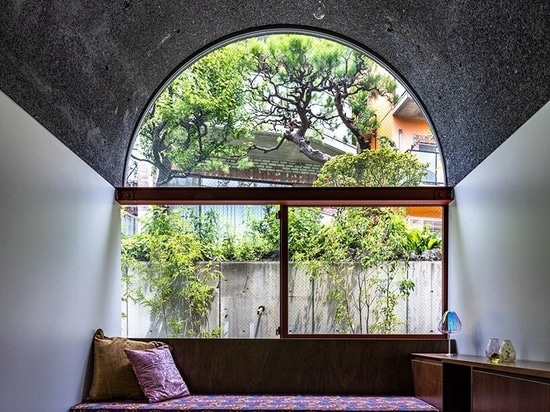