As a gift to the people of Arendal, Norway, Snøhetta proposes to revive the 1937-built harbor bath knubben.

Expected to complete in 2024, the public space will take shape as an undulating, stepped landscape — a contemporary revitalization of the original recreational compound which has stood since 1937 as a clear example of functionalism in norwegian architecture. Designed by Ketil Ugland, the space integrated a ten-meter (33-foot) diving platform, a children’s pool, changing rooms, and a kiosk. It had ultimately closed in the 1960s. The new knubben is interpreted as an architectural response to the past, conserving vital parts while emphasizing the town of Arendal as an urban destination for national and international visitors alike.

Before Snøhetta’s proposal, the knubben bath was planned to be restored to its original glory. It soon became clear that the facility would need significant modernization efforts to serve as a multi-use site for more than just aquatic activities. Thus, the new knubben will rise as a structure founded on steel core piles, further broadening the expanse and possibilities of the island. The architecture draws inspiration from the islets and skerries which mark the norwegian coast. It will recall a naturally eroded glacial landform, characterized by abraded shapes where soft concave and convex walls form cavities in the landscape. This new, sweeping topographic condition will take shape as an assemblage of horizontal layers following the contour lines of a map.

The team at Snøhetta comments on the spirit of its knubben bath revitalization: ‘as we become increasingly urban, we long for contact with nature. Knubben will be a social meeting place that provides a sensation of closeness to the sea, and will serve as a backdrop to a plethora of activities and experiences. It will be a soothing spot in the sun on a hot summer evening, a hub for cultural events, and a place to enjoy a good meal after taking an icy bath on a cold winter’s day.’ 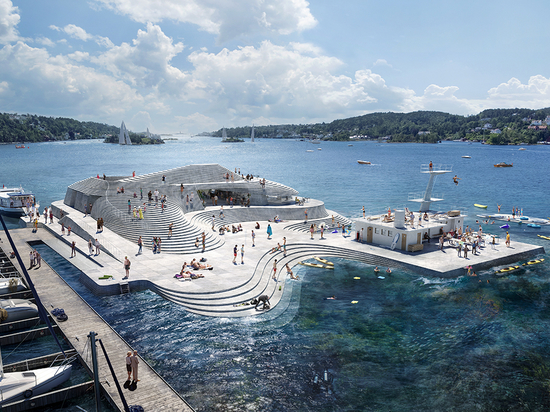 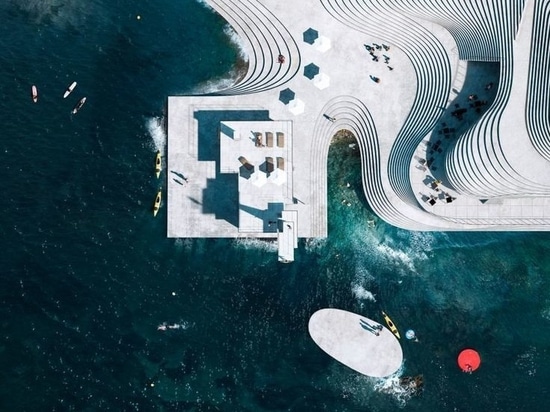 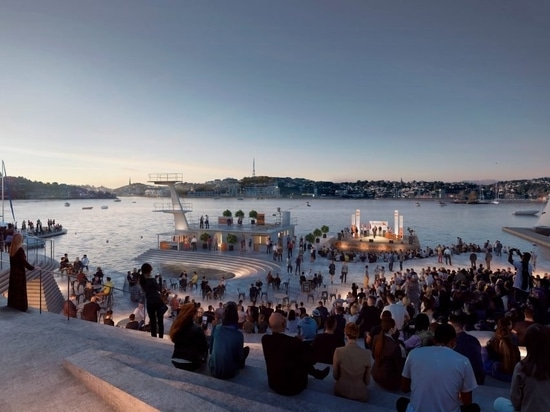 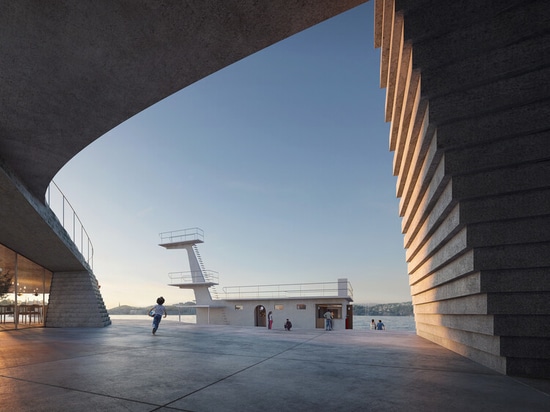 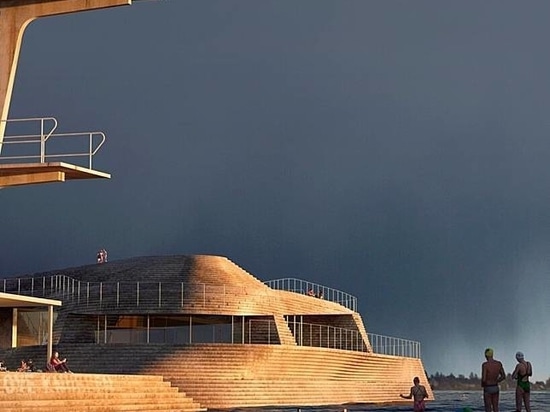 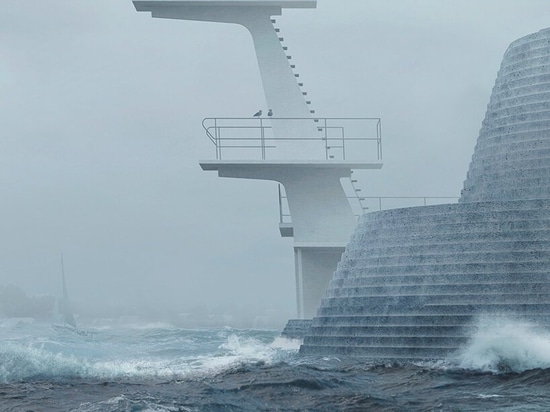