A LUMINOUS AND PATTERNED VOLUME

OMA at last unveils its ‘Audrey Irmas Pavilion,’ a jewish temple which marks a new icon in LA. The building is completed after over a decade of effort, and stands as the firm’s first cultural building in the California city and its first ever work designed for a religious institution. The winning entry of a competition in 2015, the project is defined by its single monolithic volume wrapped in a graphically patterned facade. Take a look at designboom’s coverage of the facade’s fabrication process earlier this year.

Designing a jewish temple in LA, OMA takes an approach that is simple yet contextual. The team led by Shohei Shigematsu began with a basic box — the generic model for an event space. This simple volume was then manipulated, informed by its adjacencies to the historical buildings on the site. To the west, the building slopes away from the existing temple, to create a thoughtful buffer while framing a new courtyard between the two buildings. The pavilion leans south, away from the historic school, opening an existing courtyard to the sky to bring in light. Meanwhile, it reaches out toward the main urban corridor, wilshire boulevard, to establish a new urban presence. This resulting form is carved by its relationship to its neighbors.

Familiar in its simplicity, yet enigmatic in its angles, the Audrey Irmas Pavilion stands in contrast with the historic language of the existing temple.

In creating the distinctive façade, OMA draws influence from the interior geometries of the existing jewish temple’s dome. A single hexagon unit with a rectangular window is rotated to reflect the program within and aggregated to create a distinct pattern. The 1,230 GFRC (glass fiber reinforced concrete) panels enhance the building’s volumetric character while introducing a human-scaled element that breaks down its mass. The tones and materiality resonate with the textures of the existing temple while enhancing interior moments of color throughout the pavilion. The seemingly neutral color of the façade is enhanced by its texture, changing in tone depending on the time of day and the orientation of individual panels’ ridges. 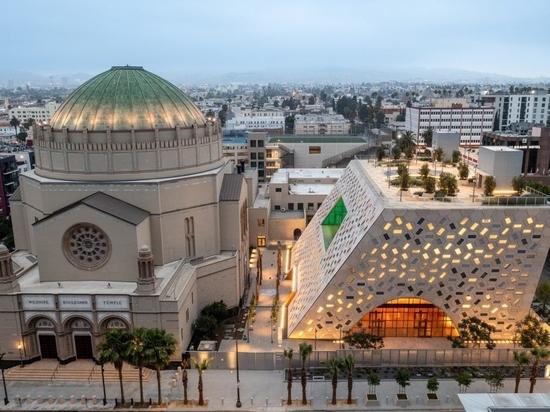 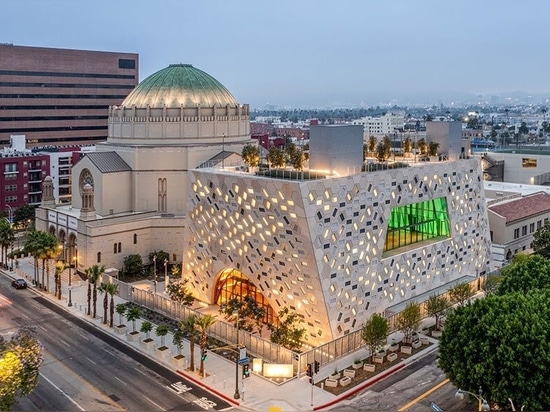 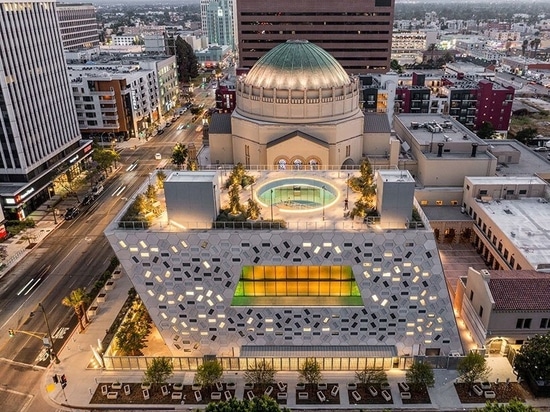 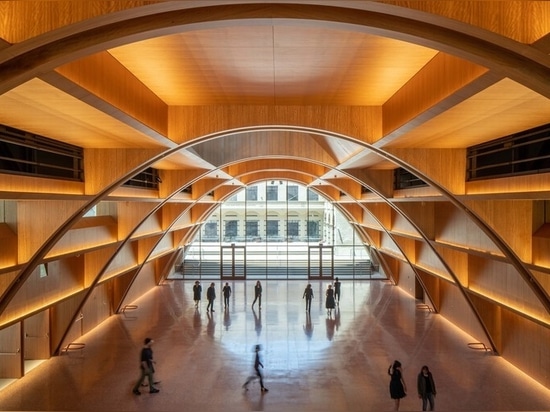 the vaulted, column-free expanse can host diverse and flexible programs 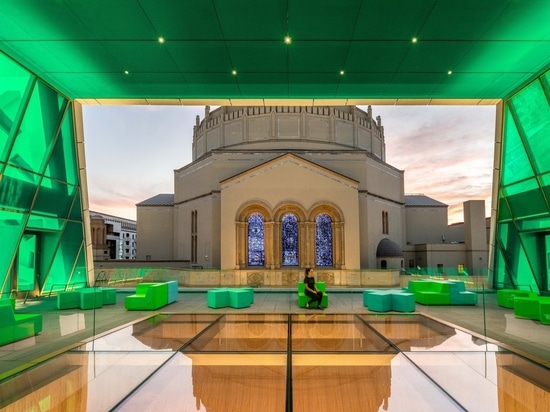 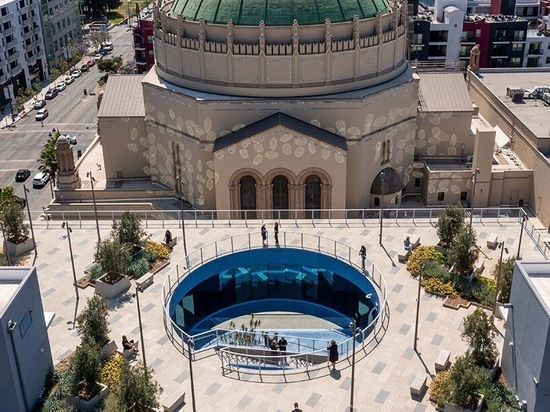