frank gehry’s guggenheim museum in abu dhabi has a new opening date: 2026. the news was revealed by the guggenheim’s director, richard armstrong, at a press conference in basel.

‘we think it should be five years from next week,’ the art newspaper reported, adding he will visit the middle east soon. ‘it looks like everything is coming together so we can say something definitive. it has been a relatively long gestation.’

first announced in 2006 and scheduled to open in 2012, the long-awaited project has suffered many ups-and-downs. a new opening date was set for 2017, which obviously didn’t happen, and by the time the museum’s plans seemed to be washed up.

featuring the biggest space any guggenheim museum currently holds, the frank cherry-designed structure boasts around 30,000 square meters (320,000 square feet). unprecedented in scale, the galleries will be distributed around the atrium on four levels connected by glass bridges. the museum will include 13,000 square meters (140,000 square feet) of gallery space, with eleven iconic cone-like structures providing further exhibition space. in each of the cones, visitors can view unique, site-specific artworks by leading contemporary artists.

the structure, described by gehry himself as a ‘intentionally ‘messy’, moving into clarity’, will also have an education center and a 350-seat theater, where the museum will offer a wide-ranging educational and performing arts program, allowing for a wide variety of live programs including lectures, panels, symposia, music recitals, theater productions, film viewings and performance.

‘we’ve had a very active acquisitions programme [at the guggenheim abu dhabi] for about 12 years now in the region and globally; it’ll be a museum that looks at the whole world from 1965,’ armstrong added. ‘even though it was painful in many ways, including people being put on furlough for a bit, and other people having reduced salaries… it became a time of change and adaptation at the museum and I have a feeling this may have been true at museums in europe for different reasons. in any case, we have survived. I think we’ve come out as a better institution that is looking more to the future.’ 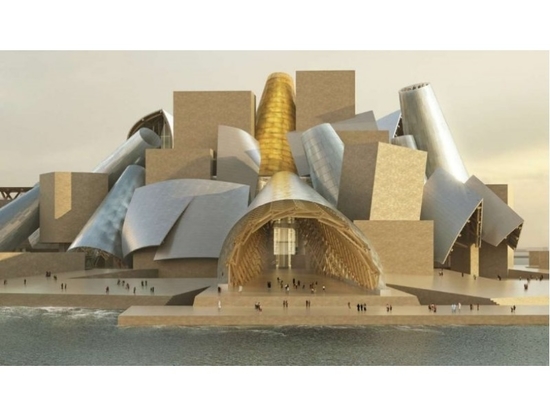 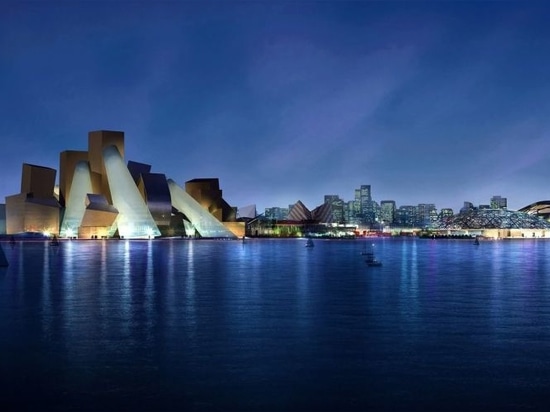