LIT UP AFTER 20 YEARS

upon the 20th anniversary of september 11th, 2001, the santiago calatrava-designed church lights up for the first time. the st. nicholas greek orthodox church stands in the shadow of the freedom tower at the site of the world trade center, and occupies the site of the former church which was destroyed in new york on 9/11. the ceremony was held on the evening of september 10th, 2021 and debuted the glowing facade of pentelic stone with its translucent cutouts. the team notes that the facade as it is pictured here is still in progress, and that the finished facade will look slightly different than what was depicted during this first light.

santiago calatrava integrates symbolic references in the design of the saint nicholas greek orthodox church at the world trade center. the form of the volume takes influence from a mosaic along the walls of istanbul’s hagia sophia grand mosque — the mosaic depicts the throned virgin mary, which was metamorphosed into the resulting dome. meanwhile, the use of pentelic stone along the facade symbolizes the parthenon, made from the same stone. according to the architect, the hagia sophia is the ‘parthenon of orthodoxy.’ furthering this reference, the number of ribs in hagia sophia’s dome is equally translated into the ribs of the new st. nicholas in new york.

see designboom’s previous coverage of calatrava’s st. nicholas church as it topped out at the world trade center here. 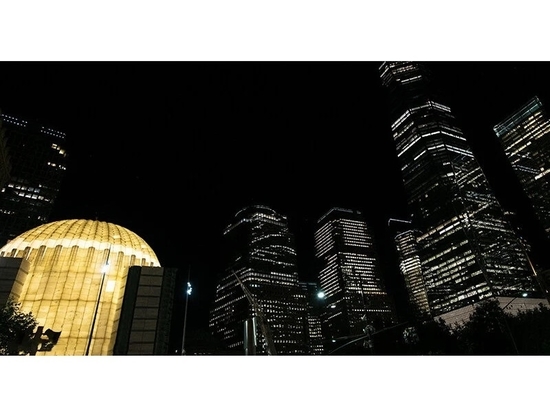 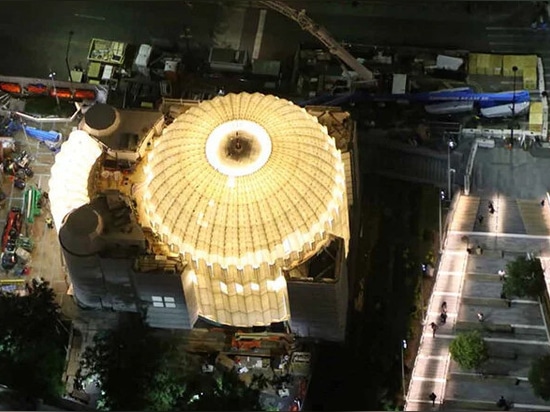 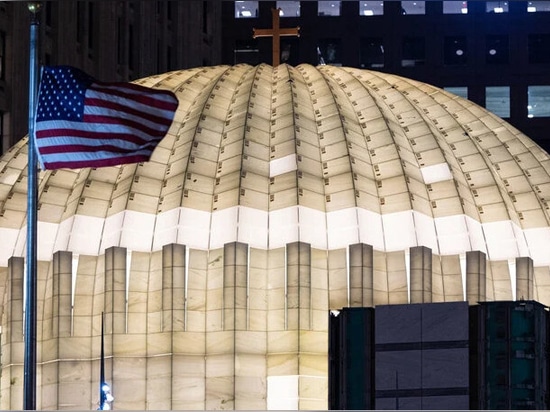 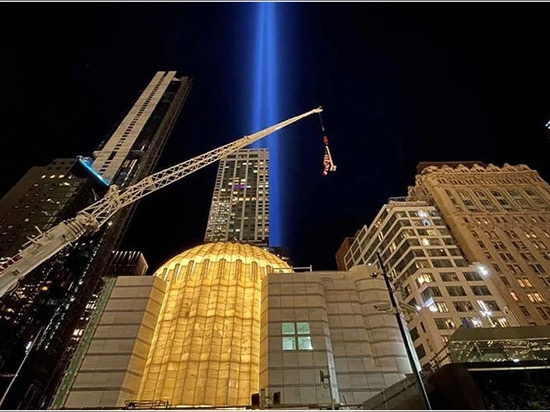 the church was illuminated for the first time on the 20th anniversary of 9/11
*Prices are pre-tax. They exclude delivery charges and customs duties and do not include additional charges for installation or activation options. Prices are indicative only and may vary by country, with changes to the cost of raw materials and exchange rates.
Compare
Remove all
Compare up to 10 products