nowadays, wind power is one of the fastest-growing renewable energy technologies, with its usage increasing rapidly year by year, on a worldwide level. in denmark, wind power is so commonly used that wind turbines are now really part of the local landscape. in fact, wind energy already provides 40% of the energy in denmark, while the danes hope to reach 70% by 2030.

since the world of renewable sources —and wind energy specifically— is all about sustainability, it makes sense why the question of recycling wind turbines has been actively discussed these last few years. given the 20-year lifespan of non-biodegradable blades in current wind turbines, many will need to be disposed of in the near future. the danish government has assigned the recycling task to several companies, many of which have come up with ingenious plans for repurposing the gigantic metal structures. the re-wind project is one of the teams selected, and aims to transform wind turbines into bicycle garages or footbridges.

AN UNUSUAL BIKE GARAGE IN DENMARK

the re-wind research project is investigating alternatives to unsustainable wind turbine disposal methods, such as landfill and incineration. so far, most old wind turbines have been ending up in landfills where they end up piling up. in a few years, these landfills may simply overflow.

the network explores the blades’ potential reuse in architectural and engineering structures, by proposing their reuse as protective bike shelters, or pedestrian bridges. one of these two ideas has already been implemented in the port of aalborg, denmark, where one can find an unusual bicycle garage, made from actual wind turbines that were once in use.

in ireland, another project of the re-wind team is in the process of seeing the light of day. the cork institute of technology is currently working on recycling three wind turbines from a belfast farm, that were discarded at the end of 2020. several proposals have been considered, and many tests are underway, but if they are successful, the blades of the wind turbines could be reused in skate parks, stadium bleachers, or sound barriers. meanwhile, the re-wind team is also talking about recycling some of them in electric towers. 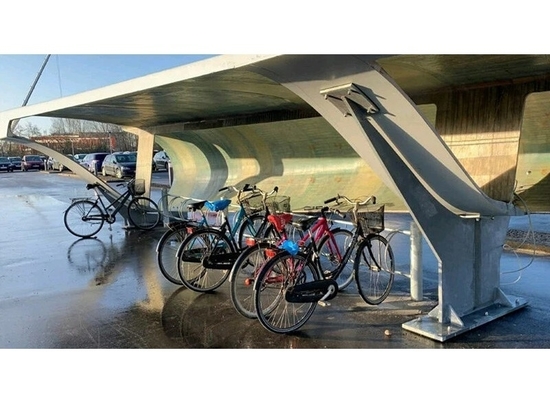 a wind turbine blade has been repurposed as a bicycle parking spot in aalborg, denmark image courtesy of chris yelland 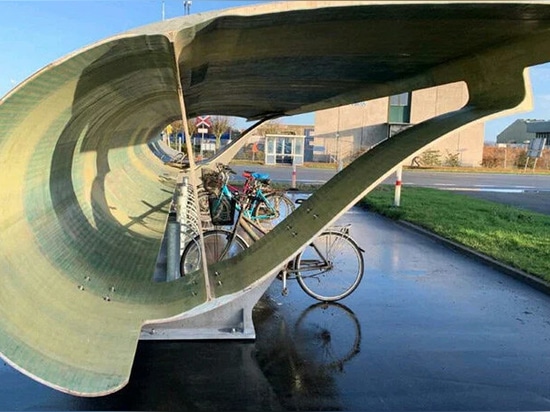 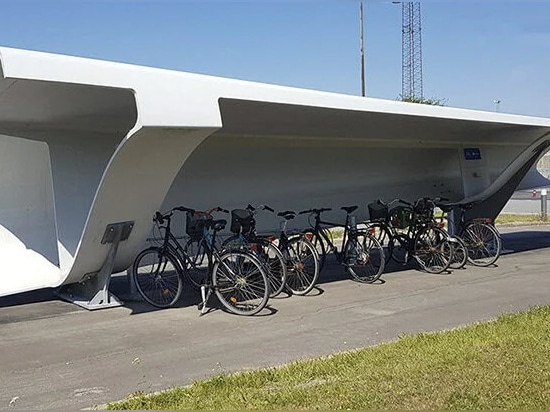 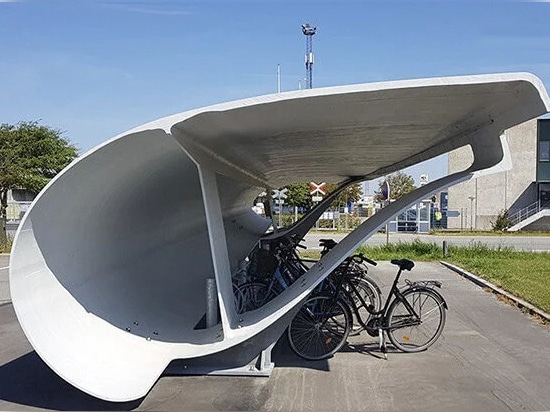 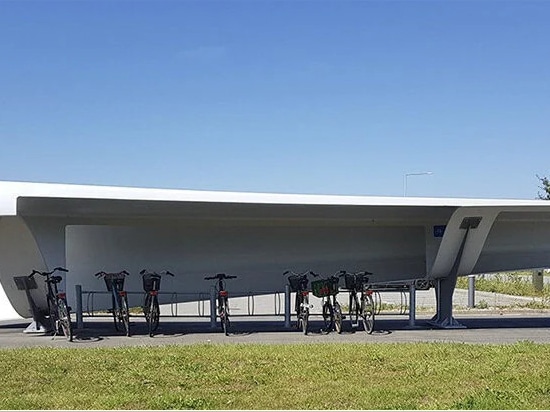 image courtesy of siemens gamesa
*Prices are pre-tax. They exclude delivery charges and customs duties and do not include additional charges for installation or activation options. Prices are indicative only and may vary by country, with changes to the cost of raw materials and exchange rates.
Compare
Remove all
Compare up to 10 products