Beijing-based architect Zhu Pei is behind the Yang Liping Performing Arts Center in Dali, a cultural hub defined by its sculptural, undulating roof

Set within a breathtaking landscape dominated by the Cang mountain chain, Lake Erhai and historic architecture, Dali is a popular tourist spot. This centre was conceived as a key cultural hub for the city, and its sculptural form nods to its surroundings. Flowing indoor and outdoor spaces are created by the formations of its defining roof, which mimics the swells and valleys of the terrain around it. The roof cantilevers over a plaza and touches the ground, inviting visitors up to an accessible top via a wide wooden staircase. An open-air amphitheatre and several gathering spots are created through this dialogue between open and closed, building and nature.

As with mountains and valleys, the strong shape of the roof reflects the more organic landscape below and points to the old Chinese principle of yin and yang, where two opposites combine together to form a whole,’ say the architects.

The undulating roof structure moulds to host a main theatre, the amphitheatre, rehearsal and multi-function areas and offices. These are matched by a café and tea room, a restaurant and a design shop, which remain open to all – whether visitors are attending a performance or not.

Beijing-based Studio Zhu-Pei is no stranger to creating impactful public buildings. Founded in 2005, the practice was propelled to global prominence with the Digital Beijing Building, completed in 2007 and one of the landmark architecture pieces of the 2008 Beijing Olympics. Founder Zhu Pei, also a respected figure in architecture academia, has continued to develop the studio’s credentials in crafting thoughtful and eye-catching cultural works with a strong conceptual basis. 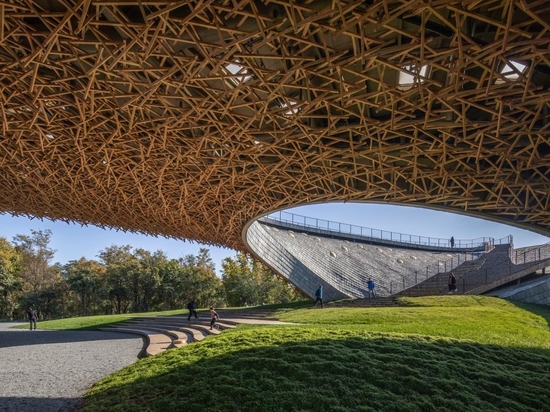 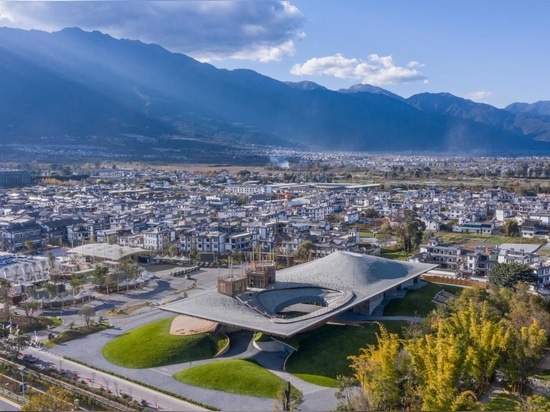 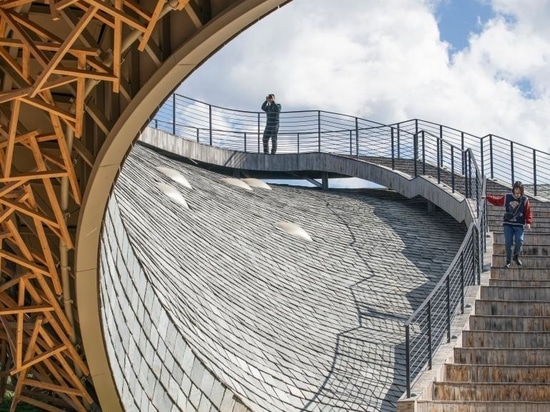 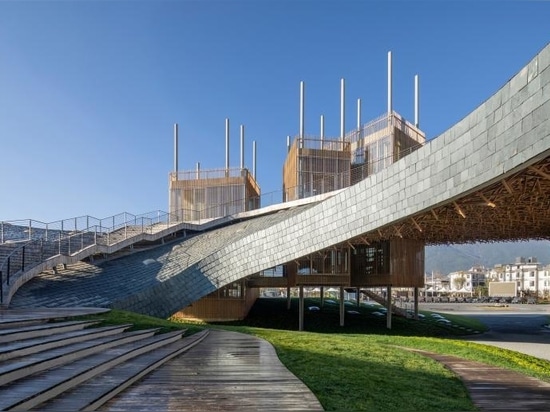 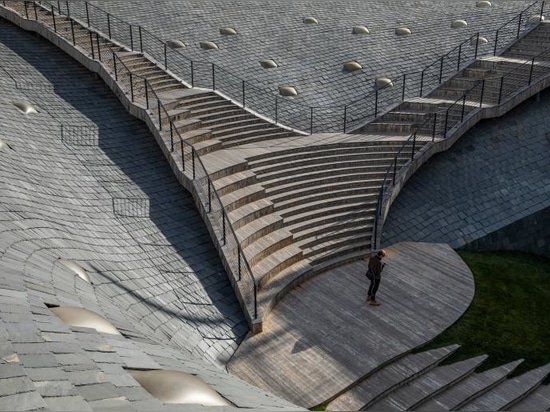 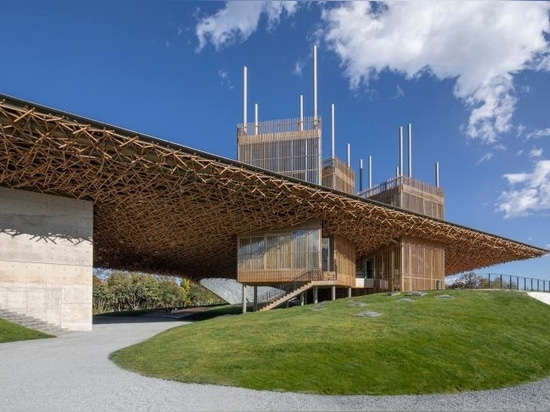