A sculptural facade modelled on traditional Islamic architecture is the focal point of the Brick Veil mosque that London studio Luca Poian Forms has proposed for a site in Preston, England.

If built, the elliptical brick mosque will be positioned on an elevated hilltop site surrounded by roads on the northern edge of the city.

According to architect Luca Poian, director of Luca Poian Forms, the mosque would be visible from several vantage points and become an "iconic and memorable" landmark.

"The building is conceived as an elliptical extrusion at the south-western end of the site and features an abstract and legible massing that is not only iconic and memorable but also highly kinetic," Poian told Dezeen.

"The building's elliptical form, in fact, is designed to be experienced by kinetic observers, allowing them to perceive and appreciate the structure from various dynamic vantage points."

Brick Veil was the winning entry of an international competition held by the Royal Royal Institute of British Architects for a landmark religious building for the site, which would become "a proud element of Preston's skyscape".

The criteria also called for a building with a maximum of three storeys and a large prayer hall that could accommodate up to 250 prayer mats.

The focal point of Luca Poian Form's design is the brick facade that references Mashrabiyas – windows enclosed by latticed screens that are typically found in traditional Islamic architecture.

Meanwhile, the use of brick nods to the history of textile manufacturing and the industrial buildings in Lancashire, the county in which Preston is located.

Another reference to the area's industrial heritage is the brick minaret tower, which is intended to echo the county's old round cotton-mill chimneys.

Minarets are often built close to or as part of mosques, offering space for the Islamic call to prayer.

Visitors to the mosque will enter the building from a ramp that weaves around the sloped site, offering a slow transition away from the city.

Separate entrances for male and female visitors will be positioned on either side of the building, leading to their respective staircases and then prayer areas.

There will also be a dedicated lift to ensure accessibility. This will be discreetly concealed within the structure of the minaret tower.

The main prayer hall will be located on the ground floor behind the entrance areas, where it will be lit by natural light filtered through slender openings around the building's perimeter.

Among the other facilities in the mosque will be a multi-purpose hall and library, located on the second floor and topped by a large skylight.

While details of the mosque's interior design are yet to be disclosed, Poian said it will be "devoid of superfluous ornament" and that the building's structure will be exposed throughout.

This is both for cost-saving reasons and to "infuse this sacred building with an inherent honesty and clarity", he said.

The studio is now waiting to see if the Brick Veil mosque will be granted planning permission in November 2021. If permitted, construction will begin as early as possible.

Photography is by Filippo Bolognese Images. 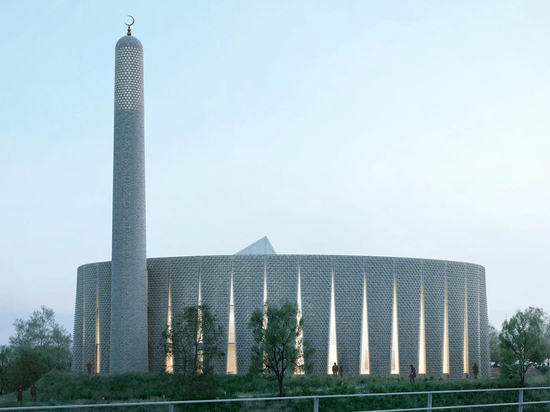 Luca Poian Forms has designed a sculptural mosque for Preston 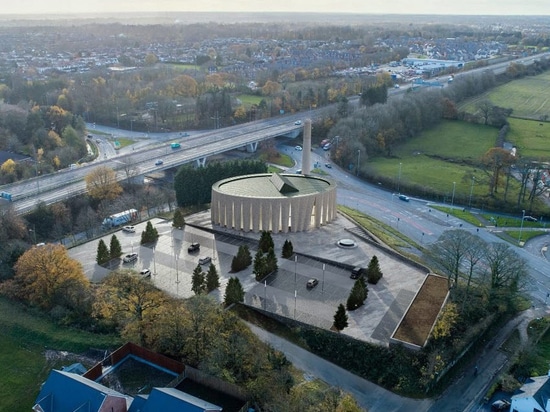 The mosque would be built on a hill surrounded by roads 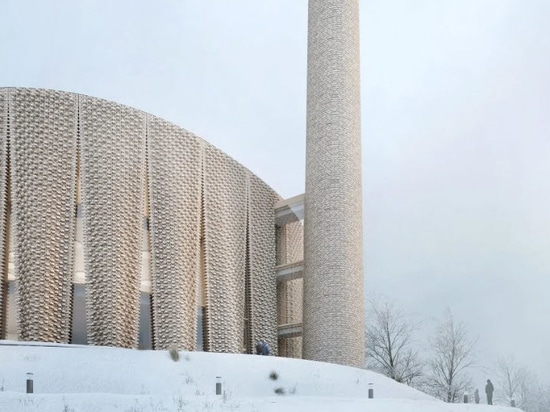 A decorative brick facade would clad the mosque 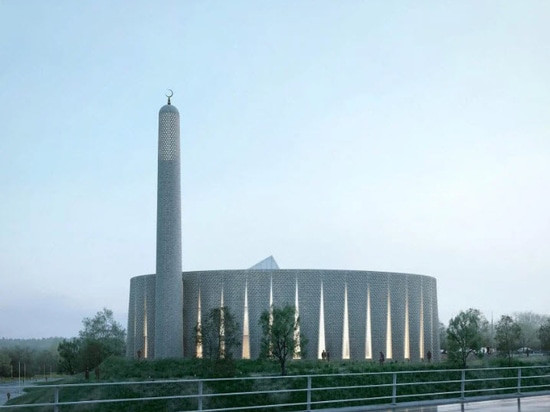 A circular minaret will distinguish it from afar