Chinese studio MAD Architects has revealed its design for The Star office block in Hollywood, which will incorporate a funicular railway.

Shaped like a flattened sphere, the 22-storey office block is proposed for a site at 6061 Sunset Boulevard in the heart of Hollywood, Los Angeles.

Named The Star, the building is intended to transform the skyline of Hollywood and was designed as an office block for a global entertainment company.

"Hollywood has been a signature centre for culture and creativity for a long time," said Ma Yansong, founding principal of MAD Architects.

"The Star will be the new iconic landmark in Hollywood and continue to nurture the public's inspiration and creativity."

The office building has a rounded form that was informed by the curvilinear shapes of nearby structures including the Griffith Observatory on Mount Hollywood, the Capitol Records building, the Hollywood Bowl and the Cinerama Dome.

The block will incorporate open-air terraces, or "sky gardens" on the 10th and 17th floors designed by LA-based SALT Landscape Architects.

It will be topped with an enclosed rooftop restaurant, events space and viewpoint.

This space will be accessed by a "funicular cable rail" system that will run on curved rails that wrap around the flattened-sphere-shaped building.

According to the building's developers, it has been "specifically engineered for the post-Covid environment".

Along with the outdoor spaces and landscaped ground-floor terraces, the building will be designed to be the first WELL-certified building in Los Angeles.

MAD Architects, which is one of China's best-known architecture studios, was founded by Yansong in Beijing in 2004. It now has offices in Los Angeles, New York and Rome.

The studio recently completed its first project in the US, a residential block in Beverly Hills wrapped in the America's "largest living wall".

Other projects it has wrapped up in the past year include a cloud-like science museum and a kindergarten with red rooftop playground. 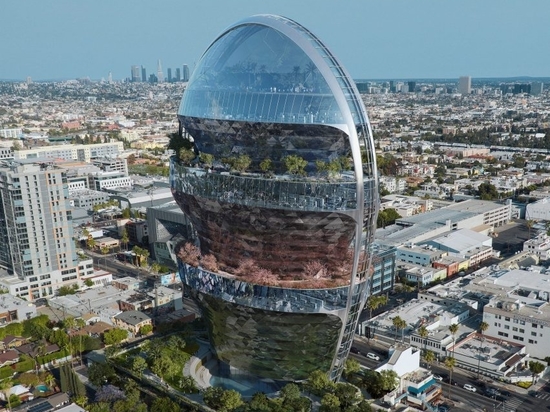 MAD Architects has designed a distinctive office block for Hollywood 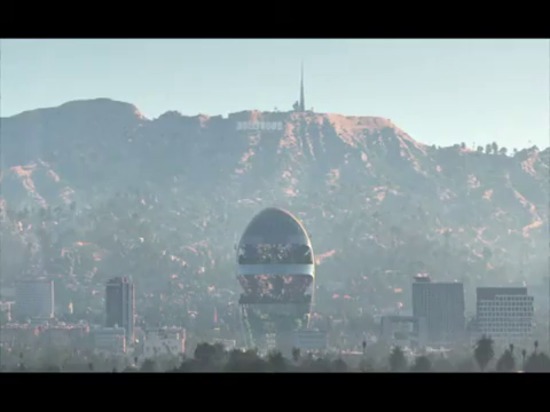 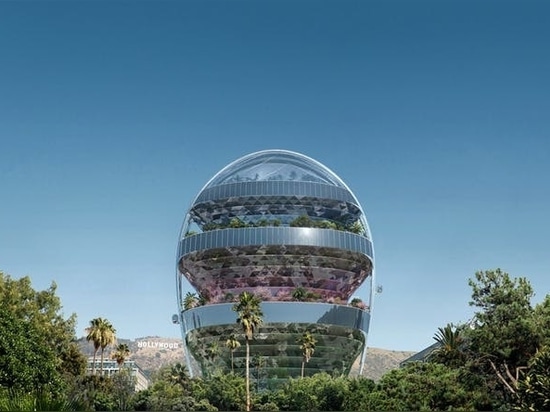