With its out-of-scale volume, the Xinxiang cultural tourism center in China sits as an architectural icon of the new tourism district in the city that will be dedicated to winter sports. Led by architects Qiang Zou and Mathieu Forest, the project hopes to create a solid urban indicator that unites the whole district and attracts local and regional visitors.

The unusual design merges nine architectural blocks shaped as ‘ice cubes’ that superpose and are offset from one another – representing the general theme of the leisure district. This straightforward appearance becomes more subtle and complex as one approaches the building thanks to glass façades featuring many tangled and translucent ice crystals that filter the light and view from the interior. ‘It is a question of hiding – while showing – to provoke mystery and the desire to approach. The ice crystals capture the light and give it back. The building thus seems to emit the light it receives like a mass of inhabited ice,’ state the architects.

Elaborating on that visual play, Zou and Forest shaped the sculptural center in such a way as to be perceived differently according to each angle of discovery. From the commercial street to the west, the upper cube shifts to the side, cantilevering 34m above the ground to mark the end of the perspective. From the south, the composition is more balanced to match the calm ambiance of the lake. From the north, the primary pedestrian access, the cubes come closer together to form a 34m vertical gap that invites visitors to enter the center. The upper cube, more transparent in nature and suspended in the sky, houses a place of contemplation and relaxation.

The team successfully realized that otherwordly quality thanks to a unique choice of material: printed glass panels make up the façades, while stainless steel cables and connections bind the panels together – creating a minimal design that evokes both fragility and solidity. You can view Zou’s works here and Forest’s here.

A LIGHTHOUSE THAT RISES ABOVE SURROUNDING BUILDINGS

Beside highlighting a play of fragility and solidity, the glass panels also convert the center into an architecture of light. The translucent façades effectively capture natural lighting in all its varieties – according to the time of day, the seasons, and weather. Sometimes bright white under the sun, foggy under cloudy weather, or even frosted under certain lights, the building appears to change its appearance with time continually.

On the other hand, by collaborating with lighting firm PROL, the Xinxiang cultural tourism center turns into a lighthouse that seemingly rises above surrounding buildings. ‘At night, the façades are fully illuminated and light up the surroundings. The building radiates a uniform glow that irresistibly catches the eye and prevents a direct view of the interiors,’ shares the team. 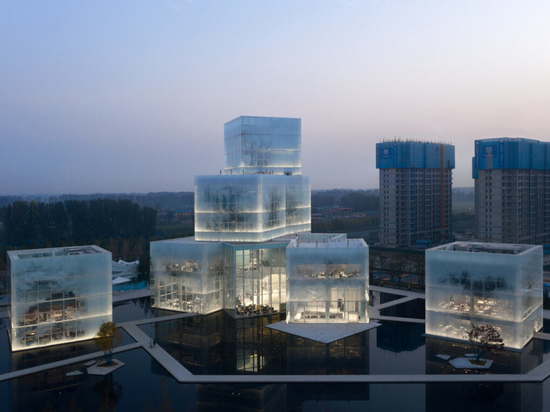 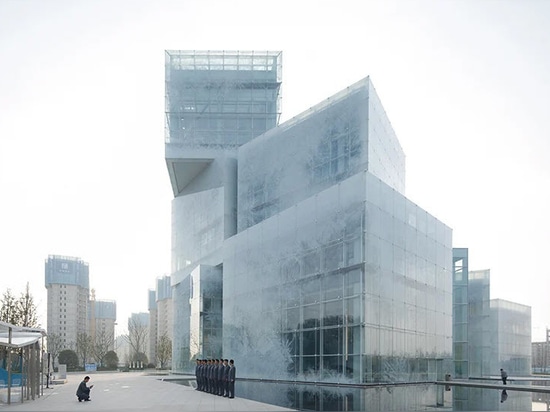 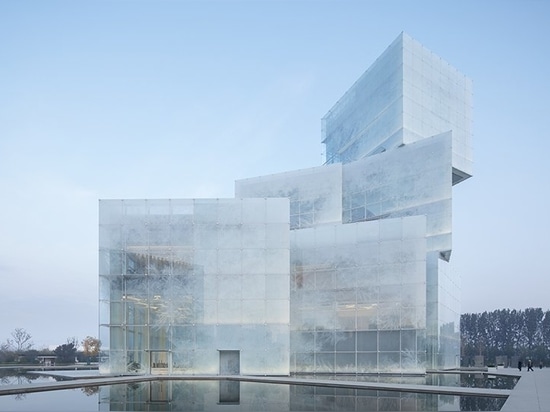 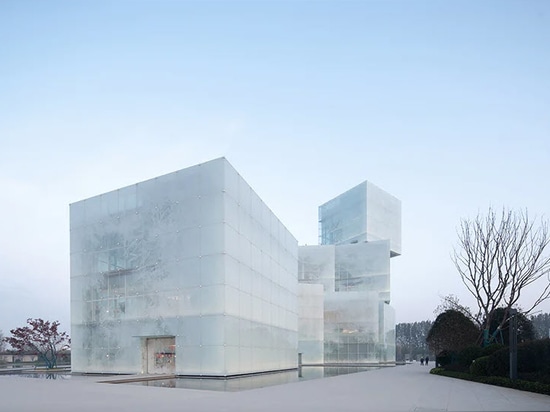 each façade presents visitors with a different perspective of the building 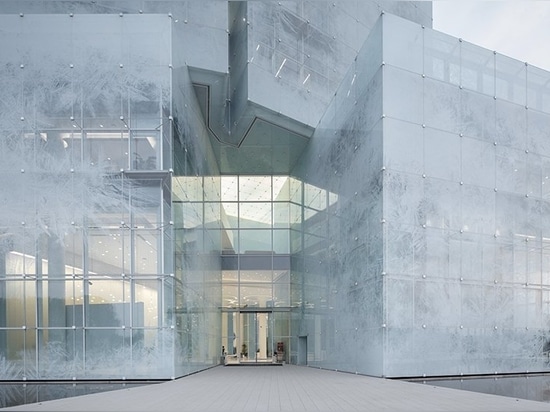 at the main pedestrian access, the cubes form a narrow and vertical gap to invite visitors to enter the center 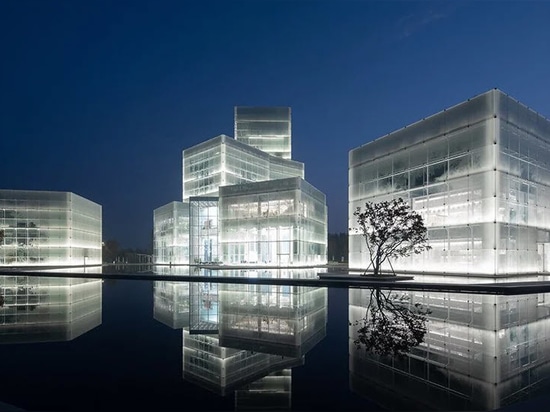 at night, the cultural center appears as a lighthouse that attracts the eye