Emerging onto the site with its undulating slopes, the Dalezhiye kindergarten proposal by Dika Design in Leshan, China, is a 9,077 sqm architecture that dramatically blurs the scales. It is a free-form school volume that extends 62 meters on its north-south axis and 148 meters on its east-west axis. Ultimately, the project doesn’t stick to a defined identity; instead, it seems to grow out of the environment and claim its territory as it sees fit.

A SITE DEFINED BY SHARP ELEVATION AND SLOPE DIFFERENCES

Dika’s lead designer Wang Junbao envisioned the Dalezhiye kindgergarten’s unique shape and colors by echoing the red sandstone landforms and mountainscape of the Leshan region. Moreover, the changes in scale reflect the distinct elevation and slope characteristics found on site. The highest elevation is about 400 meters, and the lowest one rounds up to 398 meters, with a maximum difference of 2.63 meters. Meanwhile, the plot features a large slope with a maximum inclination of 1.50%; its area is largest on the east-west axis and gets smaller in the north-south direction. You can view an animated design of the project here. 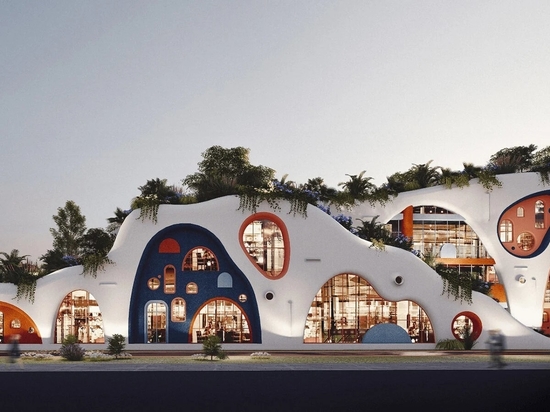 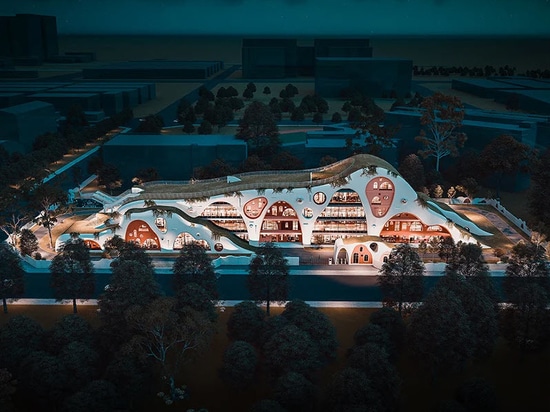 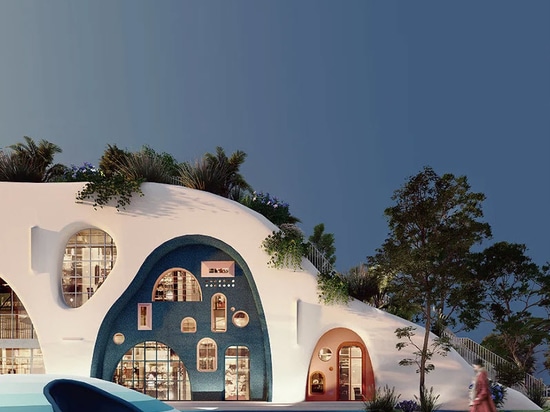 the architecture seems to grow out of the environment, blurring the scales as it settles on site 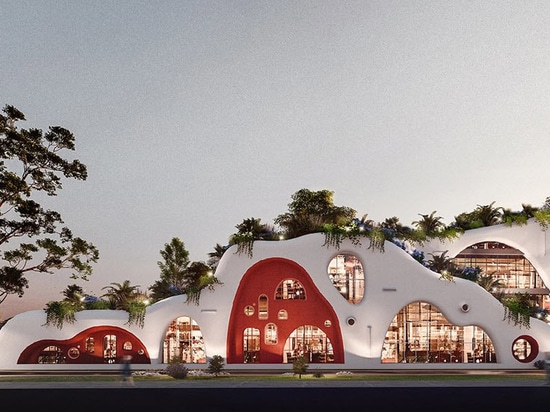 the proposal is not necessarily majestic in any sense: it is simply a volume that adapts 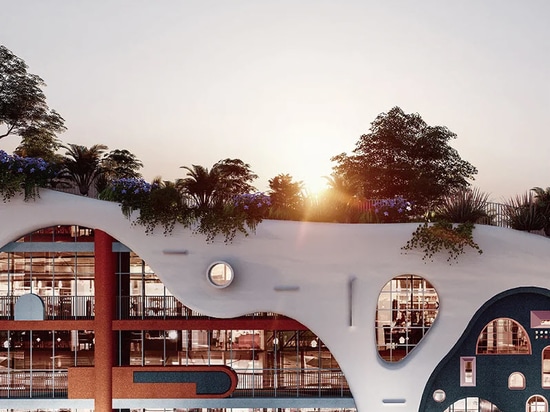 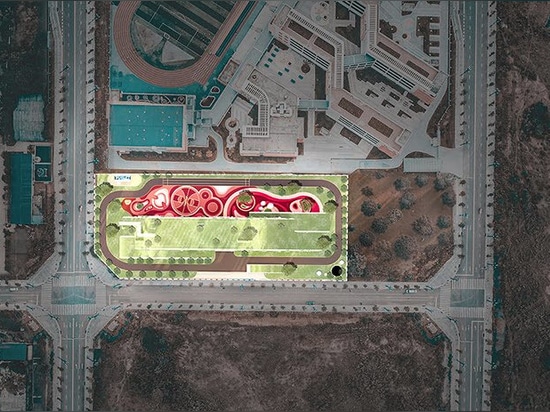 the site features sharp differences in elevation and slope inclinations