A CENTER DEDICATED TO POP MUSIC

The pop music center in southern Taiwan by Manuel Monteserín opened its doors to the public, ten years after it won the award of an international competition. The design team sought to give a strong identity to this area, where due to its history and geopolitical situation, many cultural elements coexist and thrive.

Located next to the mouth of the love river, in the port city of Kaohsiung, the project proposes a flexible design as an ensemble of intricate geometries, taking cues from the seabed. Spanning 88,000 sqm, the center is made up of four architectural ecosystems that represent a thematic area: the great wave, whales, dolphins, corals. And all connected by a series of parks and walking paths.

The ‘great wave‘ volume, hence its name, takes a bent form assembled with a hexagonal grid. This structure accommodates an outdoor auditorium for 12,000 people defined as a green mantle, a concert hall for 3,500 guests, and two towers including an office program, a museum, and rehearsal rooms. The covered auditorium serves as the base from which the tallest tower emerges, while the smaller one acts as a backdrop for the open-air auditorium.

The design of the hexagonal skin that forms the roof of the auditorium continues to outline the facade of the main tower. Both towers act as a lighthouse that can be easily recognized from any point, leading visitors to the port. In the beginning, the structures were designed separately but later the design team decided to position them back to back creating a crack between them as a large access atrium.

The whales take shape as six ‘live houses’ designed for events, concerts, or presentations. They are divided into three categories accordingly to their capacity, and all are linked with a large underground parking lot. The structures are characterized by their green roofs, which invite passers-by to climb up on their backs and enjoy the immersive views overlooking the sea. At the urban level, the whales are set back providing a large pedestrian promenade by the sea, creating space for different events.

Next comes the dolphins, including five restaurants raised on pillars and joined by a walkway. The dolphins run parallel to the tram throughout the Kaohsiung pop music center, serving as a spine that sews the two large areas divided by the river.

The coral is designed as an exhibition center and outdoor multipurpose area with a large roof formed by hexagonal modules supported by branched pillars. After initial modifications from the proposed design to the final phase, it was decided to keep the roof as the most effective design to combine enclosed spaces. The ‘forest’ of pillars, in combination with the multi-sized hexagonal openings that accentuate the modules, allow natural light to tackle under. There, commercial and exhibition programs take place along with other activities like street markets, street dances and theaters.

All the aforementioned interventions form a comprehensive urban design linked with promenades and a large park at the mouth of the river. However, thanks to its flexible layout, the entire complex allows spontaneous activities to take place when no concerts are scheduled. ‘Taiwan’s humid tropical climate ensures that in a few years the area will be populated with lush vegetation and could become one of the most important lungs of an industrial city so affected by pollution.’

Awards: first prize in the competition 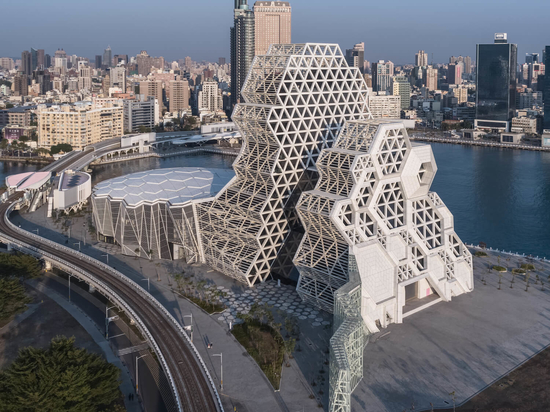 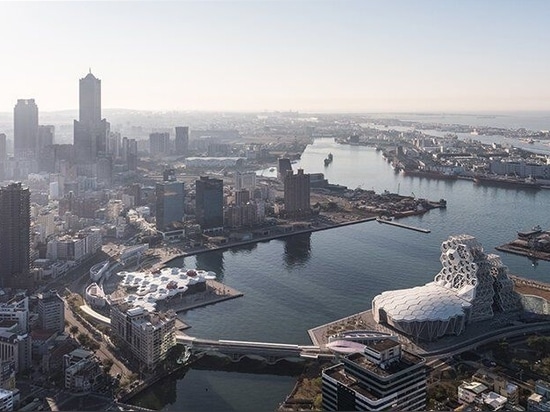 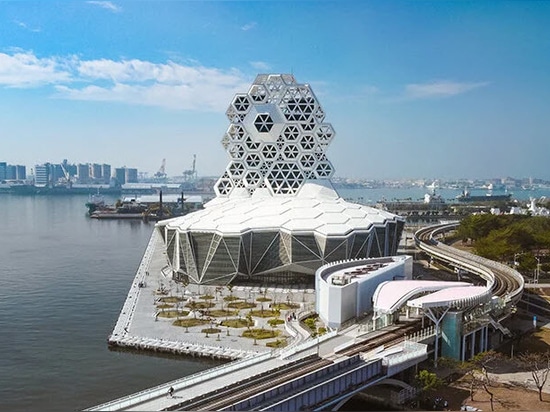 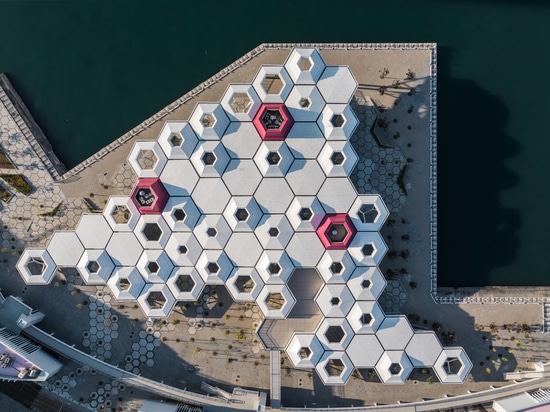 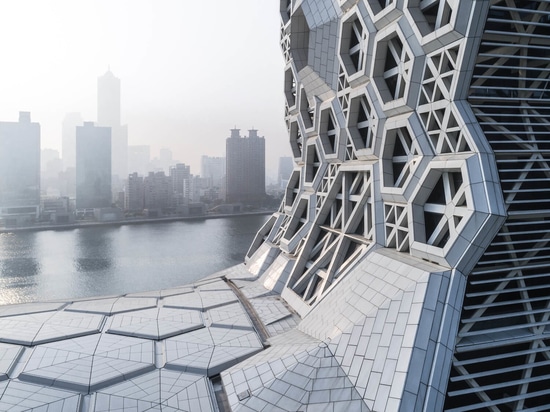