The project is located in Huangmuchang Village, Zhangjiawan Town, Tongzhou District, Beijing. There is no farmland here, but it is more like the back garden of Beijing.

With the small houses with a similar appearance, white walls, and red windows, the 600-year history of the Royal New Village can still be felt here. The building is located in an eye-catching position in the northwest of the village. It is a two-story brick-concrete building, originally used as a residential office. Atelier d’More was commissioned to renovate the space, as the sleep Institute's first B&B project near Beijing Universal Studios. The weather-beaten exterior walls and wind-blown eaves are eager to be refurbished and restored.

The architectural intention of creating a landscape. Given the lack of scenery in the surrounding environment, we decided to create an inward view and create an interesting private garden, which led to the idea of the enclosed courtyard space. Only a few viewing frames are opened on the south wall. In addition to the blue sky and white clouds, the chaos and noise are isolated from the wall. The large glass windows of the building actively introduce the scenery and light of the courtyard, becoming a part of the indoor space experience.

We divided the rectangular courtyard of 100 square meters into several small semi-enclosed courtyards, trying to create an inner courtyard environment. Each courtyard will have a small tree as the protagonist (since it is completed in winter, the tree has not been planted), an organic connection is formed between the courtyards, and a series of interactions between tearoom, guest rooms, walls, and the courtyard is created under the multi-level space. When users enter the building, they can read the interior of the building in their own way and perspective, so the container function of the building can be reflected. The shadow moves with the light, and the scenery changes with people, making the architectural space full of poetry.

Free flow. The design language of the architecture and interior is based on a quarter arc, which flows freely in the space with a rigorous attitude and increases the tension of the building by means of geometric composition. The outward extension of the building block on the facade is close to nature in a flowing posture, bringing the distance between architecture, nature, and people closer. The white facade makes the building abstract and sculptural, through the rendering of white material, the boundary between the wall and the top is blurred, and the flowing space and natural light blend together, bringing people a pure experience and imagination space.

Assembling “Toy. ”Atelier d’More has been engaged in the design and production of prefabricated assembled furniture for many years, different from the manufacturing industry, the traditional decoration industry automation process develops slowly, and our concept of furniture assembly is equivalent of turning on automatic gears for construction, that the clients can even operate themselves. We regard this kind of assembling the furniture like a big toy, making the boring construction work become a game, the workers, designers, and owners can enjoy the process. Many of the interior soft and hard decorations can be assembled on-site with prefabricated components, which has been implemented in many of our projects. The application of this design method is very meaningful for low construction cost projects.

Poetic white. This project is extremely strict in cost control. How to use the simplest materials and techniques to create the most distinctive space experience is the topic we think about in this project. What color can describe the color of dreams, that is the endless "white"? In this white space, everything seems extraordinary true, and pure, like an ant falling into a marshmallow, there are only stories far from the outside world. We pay special attention when dealing with the line of wall to wall, each line is like the web that outlines the dream, we hope to weave the most simple dream with the simplest language. Like fog annihilate in the line of sight, disappear in that poetic "white". 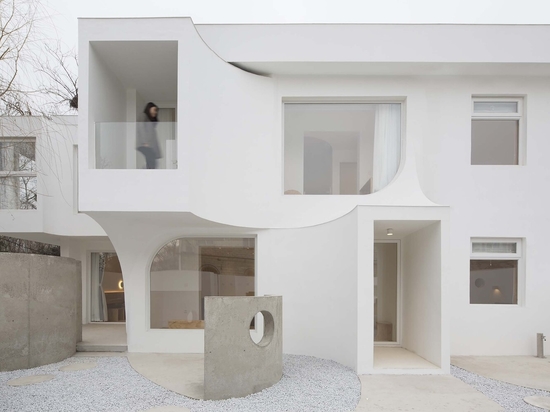 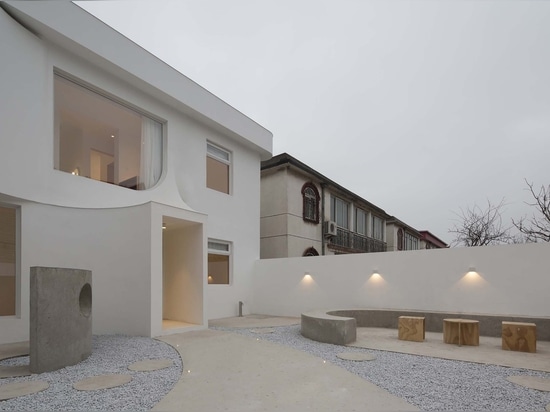 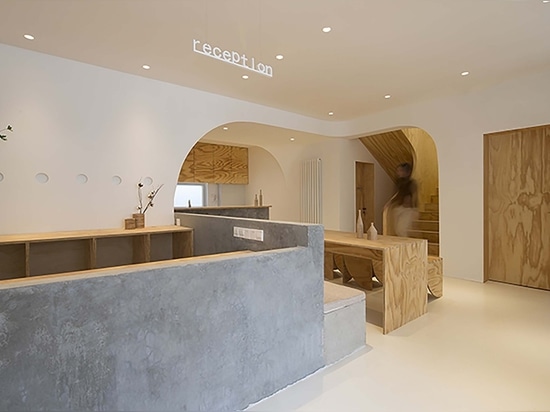 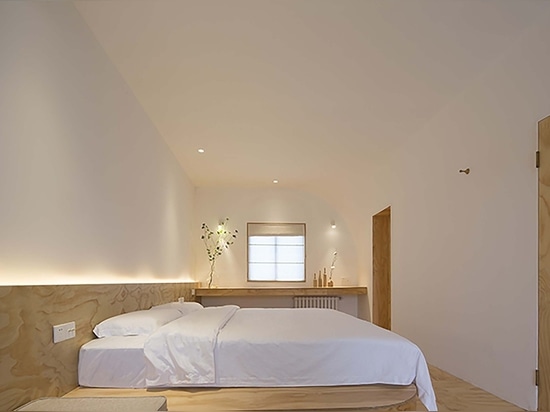 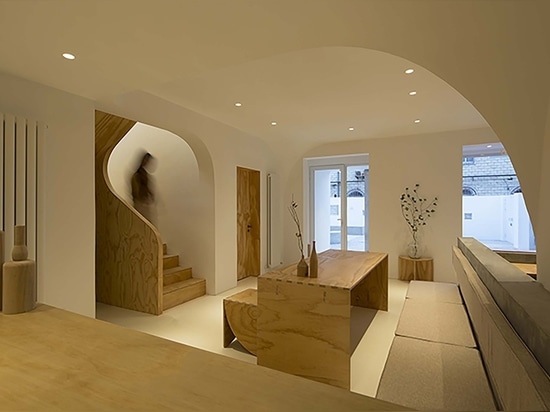 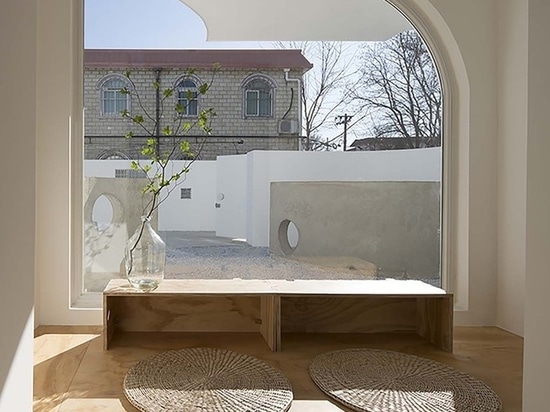