Baltimore Bend, an icon for Almere Buiten has been opened! 2022 starts with a bang! And a blue bang at that. The multi-functional art playground Baltimore Bend, designed by Arttenders and Studio Spass, has been finalized and is shining in all its brilliance in Baltimore Square. The work is commissioned by the municipality of Almere and has been festively opened today by alderwoman Hilde van Garderen.

Crafts as input. Arttenders has generated a broad support base in Almere Buiten by involving the neighborhood in the design process. Children from Almere Buiten have for example helped figure out their ideal playground for the square at Baltimoreplein. Their crafts served as inspiration for four designs for the artistic playground. The design title Baltimore Bend was declared the winner in a public vote held amongst residents of Almere Buiten. During last year’s fall, Arttenders and Studio Spass collaborated with Mannen van Staal to develop the steel construction in their workshop.

Urban renewal Almere Buiten. Baltimore Bend is part of the urban renewal of the center of Almere Buiten. Hilde van Garderen, alderwoman of Urban Renewal: “I am glad the work is now finished, and we can finally reveal it to the residents of Almere Buiten. Baltimore Bend is a nice combination of park, playground, and art. Together with local partners, we work hard on the challenge to make the center attractive and future-proof again for the residents, entrepreneurs, and visitors. And with this unique design, the center will definitely be a lot more attractive!”

Resident’s turn. Baltimore Bend has been developed by Arttenders in collaboration with Jaron Korvinus and Daan Mens of Studio Spass. Together, they have raised the traditional concept of a playground to a higher level. Faye Ellen, founder of Arttenders: “Through social design, we ensure that a work of art is not only a feast for the eyes, but also serves a functional and social purpose for its surroundings. The wishes of the residents and technical demands of the location itself have therefore been the starting point of the design process.”

Almere Buiten as inspiration. The wishes of all age groups have been considered in the design. Jaron Korvinus of Studio Spass: “We feel very privileged to design a work of art for the Municipality of Almere which is not only special to look at, but which can also be played with by its residents. The architecture and surroundings of Almere Buiten have inspired us to this playful design, in which our fascination for form and interaction perfectly align!”

The organic shape with its cutouts are inspired by the city of Almere: her colorful and experimental architecture, the water of Almere, and the diversity of the city and her inhabitants. The blue color is therefore a reflection of the water and color samples taken from the neighborhood. Besides this, the applied artwork is more than just a playground for children; the artwork serves multiple functions for diverse target groups. For young people, the elderly, disabled, and visitors of Almere Buiten, the renewed Baltimore Square acts as a meeting place, sporting venue, and recreational hub. Baltimore Bend has something for everyone!

Through the curved shape and perforations in the brightly colored steel construction, a playful and interesting route is created which invites for exploration of different areas. The abstract and innovative design stimulates children to use their fantasy and creativity to make their own play environment. The open shape of the artwork ensures a clear view for parent and child and connects the artwork with its direct urban surroundings.

And it is finally here, Baltimore Bend is an entity and can be optimally used by the Almere Buiten residents. Will you come and try it out? 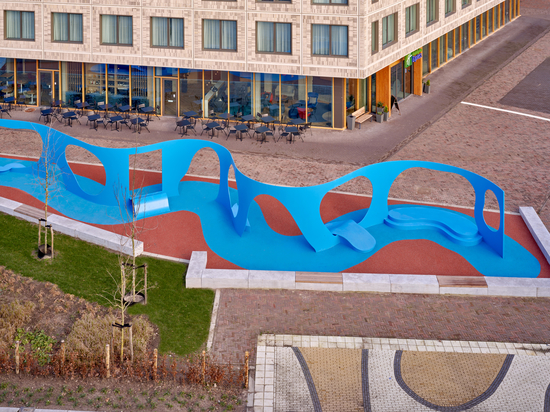 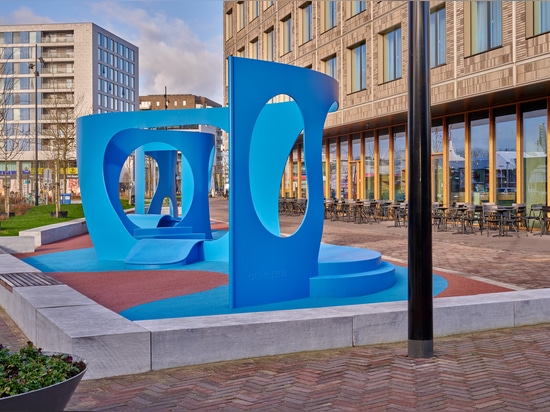 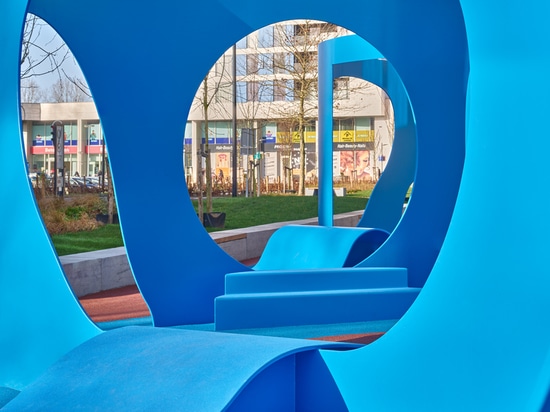 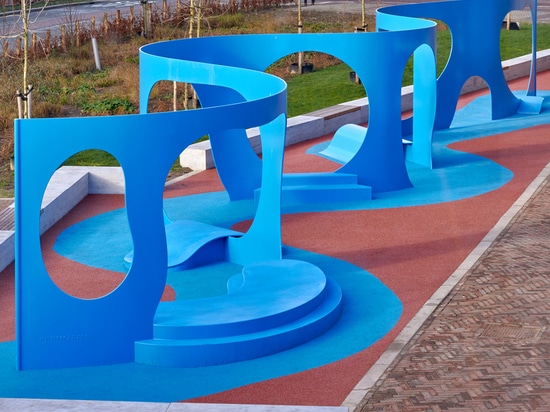 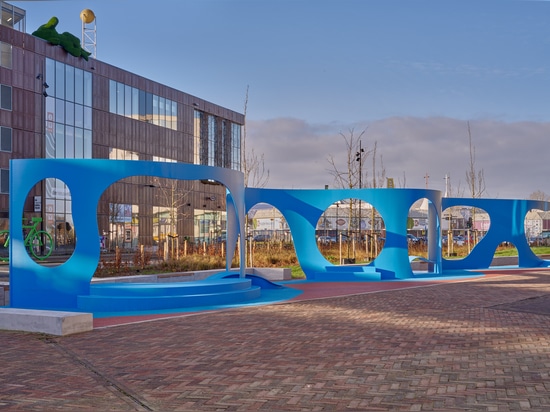 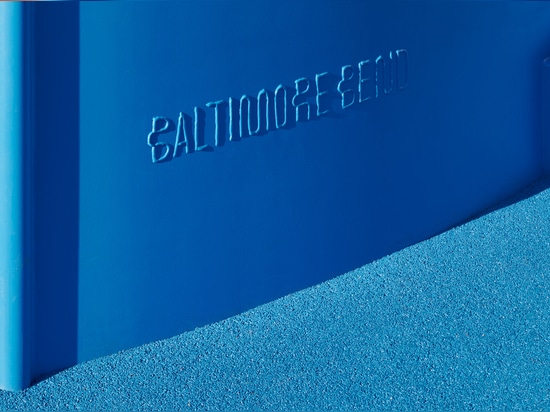