Located at the edge of Miami in the Village of El Portal sits the newly completed Skatebird Skatepark, a large open-air urban space that exists as a skatepark, event space, and place for the arts.

At approximately 38,000 square feet, the skatepark consists of three parts: the skateable terrain, the enclosing walls, and the large roof that covers half the site, providing a dry and shady spot for visitors to escape harsh sunlight, as well as sporadic rainfall.

Wall murals of several well-known Miami artists, including Magnus Sodamin, are painted on the park’s surface to welcome visitors to the park and highlight the warping surfaces and changes in elevation upon entrance. Although the building’s elements are designed to the requirements of strict building codes, the surfaces of the skatepark present a playful contrast with fluid forms and alternative ways of inhabiting space. The plaza remains open, in regards to both space and use, while the cathedral is a monumental space beneath a massive roof.

Beyond a place for skating, the park acts as a place to gather. Micro-retail venues line the east and west sides of the park within repurposed shipping containers that are stacked on two levels. The skatepark’s ground plain swells up to connect to the second-story level, where open observation balconies surround the park.

The large ground plain of the park creates an unusual urban plaza, featuring a landscape of topography in a southern Florida region known to be persistently flat. Without the hills and mounds found in landscapes elsewhere in the world, this skatepark offers ramps, mounds, banks, drops, and edges, which merge with more conventional means of traversing a site, such as sidewalks and stairs, to create a new hybrid space between a conventional building and a foreign landscape. 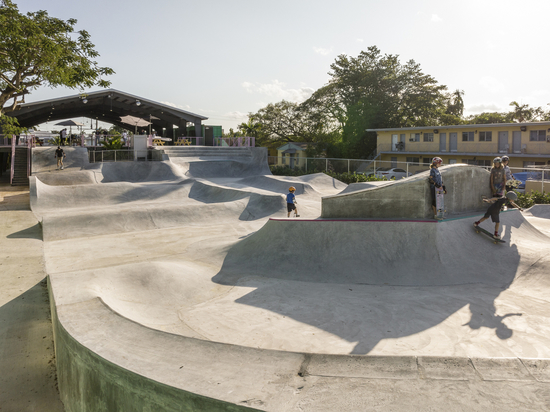 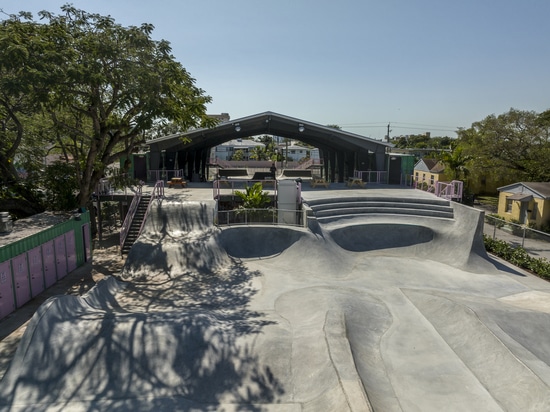 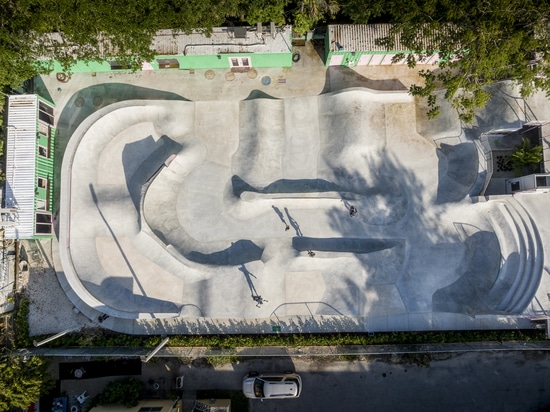 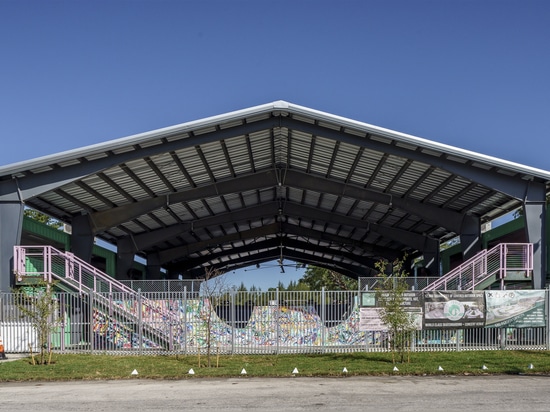 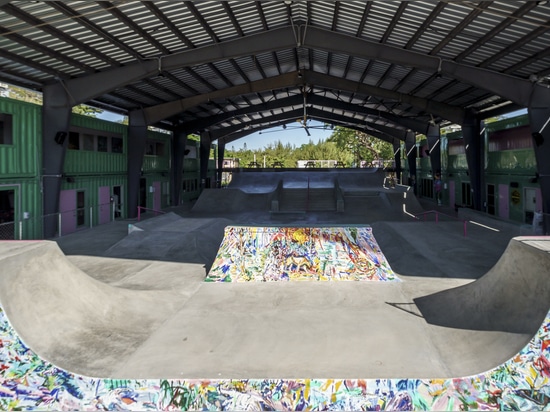 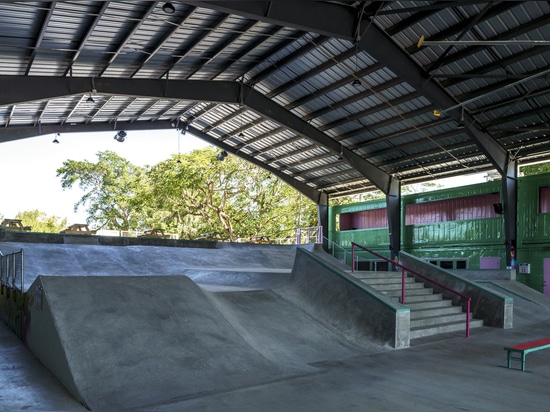