Aatam has a residential program mix, containing hostels rooms for students along with a residence for the family that owns the plot.

Six years in the making, the project is in the dry and hot climate of Kota, Rajasthan. The town of Kota in Northern India is a coaching hub for training students to take entrance exams to study at the coveted IIT engineering colleges in India. Every year around 200,000 students move to Kota spending a minimum of a year at coaching classes living in private hostels specifically made for student housing in the town. The economy of the Kota is driven by this temporal population.

For the IIT aspirant, Kota occupies center stage, so much so, that it spawned a popular OTT show which highlights the travails and tribulations of student aspirants living there. While the coaching centers are as state of the art as any other such educational institute in the country, student housing is neglected and devoid of much thinking. Natural Light, ventilation social spaces are mostly absent. There is a high risk of failure in getting through the IIT exams which when coupled with the severity or lack of sympathetic living spaces can be psychologically oppressive. The Kota hostel is a small beginning in reimagining students living in the town.

Working with elements of the traditional haveli ( Rajasthan house form) like vertically proportioned courtyards, Jharokhas ( lookout balconies) and stone Jali’s ( perforated screens) the project is a remaking of the haveli form suited to the programmatic needs of the students. In stark contrast to the surrounding rowhouse types which together form an impervious wall to the street, the Kota hostel opens, animating the street with views of the courtyard and then to the playground beyond the plot.

The combination of the social space of terraces and courtyards creates a wind tunnel enabling the breeze to flow through the building. The open to sky courtyard is spanned above by a bridge that connects the two arms of the residential unit for the owners. The building structures through the section multiple stepped terraces of shaded social spaces for the students to create a visual connection across the other levels as well as with the street and the courtyard. 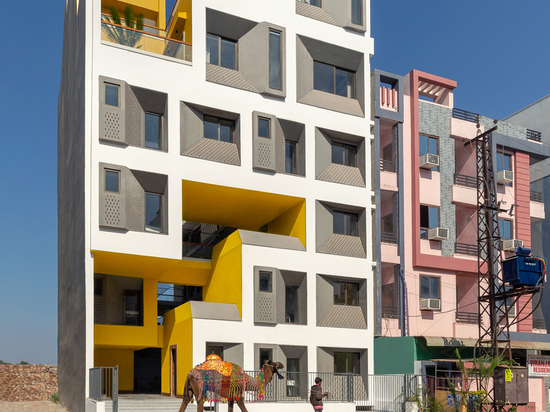 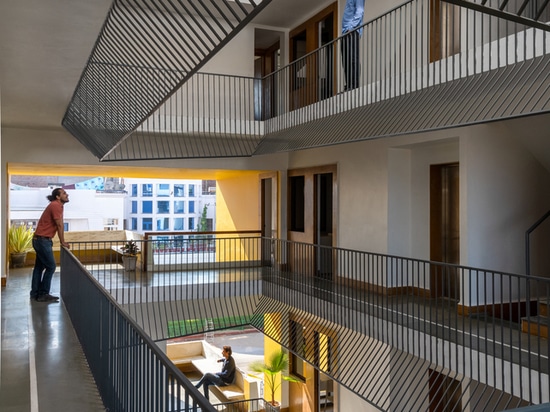 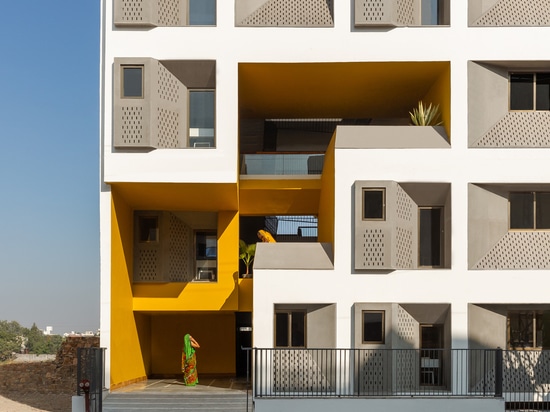 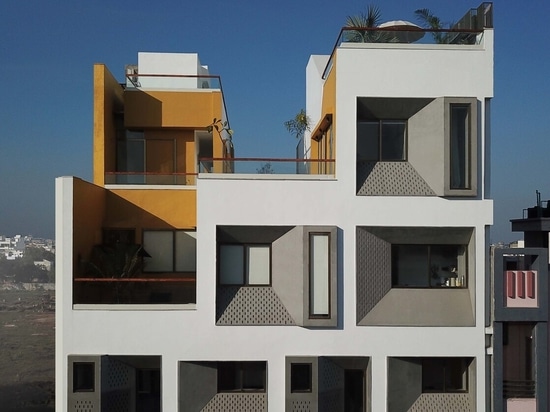 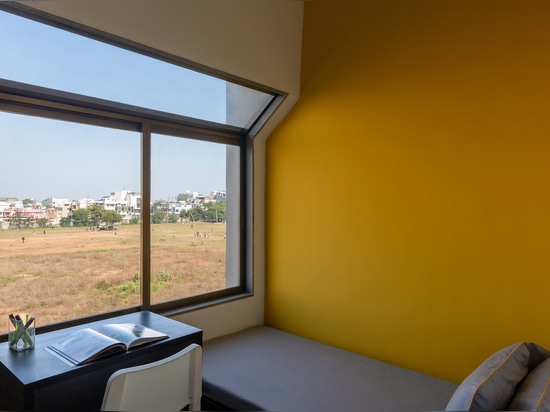 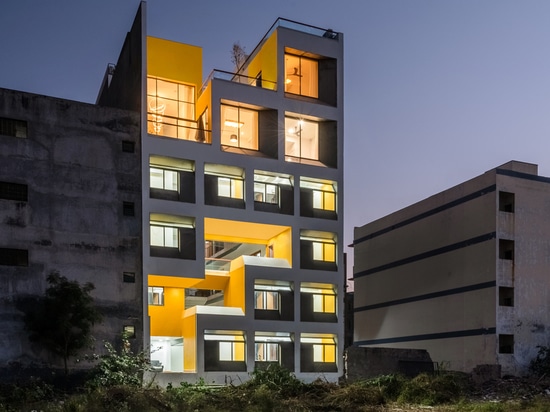