A tenant building planned in Azabu-juban.

Azabu-juban is located on complex terrain interwoven with plateaus and valleys, and the site is surrounded by steep slopes and retaining walls. For instance, the neighboring Kurayamizaka (Dark Slope) is said to have been so named for the trees that were dense enough to cover the slope, making it dim even in the daytime. From the top of the retaining wall facing the site, the trees in the neighboring yard cast dark shadows on the building. There are also legends, called the Seven Wonders of Azabu, which are about the ponds, swamps, and oddly shaped trees in the area. The topographical singularities of the land once gave birth to stories, but they are no longer handed down and have been forgotten as memories of a distant land. When something once familiar but forgotten and estranged over a long time appears before us, we feel an “eerie” sensation.

I have recently been interested in “eeriness.” Underlying this interest is an awareness of the following issues. Being forced to live with the invisible terror of COVID-19, it seems that the more various measures are taken, the more homogeneous and less heterogeneous society becomes. I fear that a homogeneous society will be dominated by stereotyped values that blindly believe in security and serenity and will rob us of our diverse identities. Our daily lives are more complex and full of differences and fortuities. More to the point, there are spooky and mysterious signs and elements of potential anxiety and fear. I believe now is the time to confront this kind of eeriness that has been latent in daily life but secretly hidden away. Through their work, architects living today should offer tolerant spaces that question institutionalized values and restore a sense of life.

In this project, due to the nature of the tenant building, we had to design it taking into account the implied interior requirements. The owner’s restaurant, which had been planned to be included in the property from the beginning, was forced to change its operations due to the pandemic, and thus specific requirements for the interior could not be defined. The standard practice for tenant buildings is to ensure as much flexibility as possible, such as maximizing floor space while assuming that tenants will eventually be replaced. You can also ignore the interior issues and focus on the exterior design. However, instead of dividing architecture into the interior and the exterior according to the program, we sought creativity in the architecture itself. We wanted to examine the autonomy of the architecture, which would continue to exist in this location regardless of the fluid quality of the interior.

The resulting architecture evokes terrain that has been partially uplifted by the metamorphic action of the earth’s crust. In addition to the forms of the openings in the building body, and the stairs, handrails, rain gutters, and plumbing attached to the building, there are many solids both inside and outside that do not allow easy exploration of the design basis, such as lighting fixtures that seem to have been improvised, lumps of concrete that stand on their own like stone plates, and walls chipped in unshapely fashion. The seemingly groundless language of form makes even the slab steps and beam forms look like useless objects that deviate from the rationale of the structure.

Delving more deeply, it can be said that deconstructing the architectural elements to the level of objects increases the amount of visible information. In this regard, while extracting the outline of each object in two dimensions, we carefully set the “line scales” that shape the outline. For instance, the centers of the arcs were set outside the site, and adjacent lines were arranged so that they do not form acute angles.

By suggesting that the form is based not only on the relationship with the neighborhood but also on the elements derived from the surrounding topography, such as retaining walls and empty moats, we attempted to disrupt the conventional hierarchy of architectural elements. We considered that this approach would create a myriad of illusions and lead to an architectural path that does not converge on a single logic but is full of redundancies that allow for various interpretations. Architecture, therefore, may be expressed as an eeriness that defies simple understanding and stirs up some kind of anxiety. We will continue to ask questions to the world about the meaning of architecture as a guidepost for living in unpredictable times, which retrieves lost values through the expression of “eeriness. 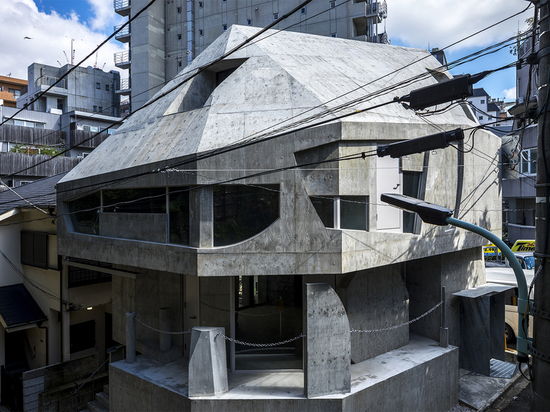 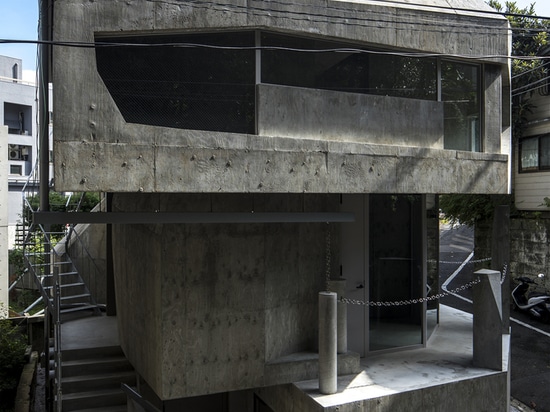 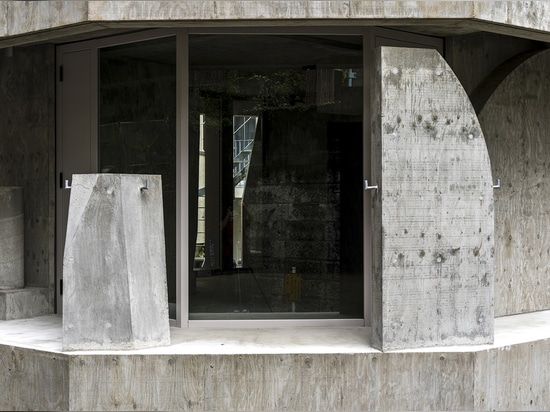 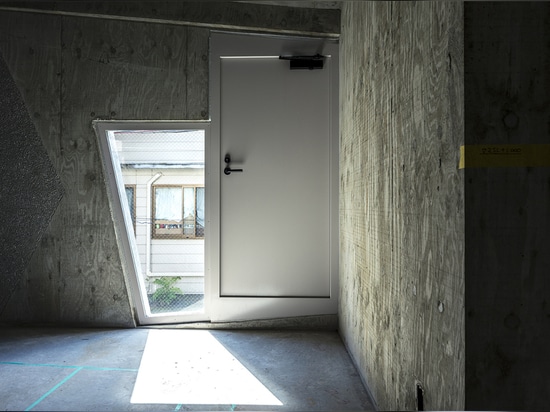 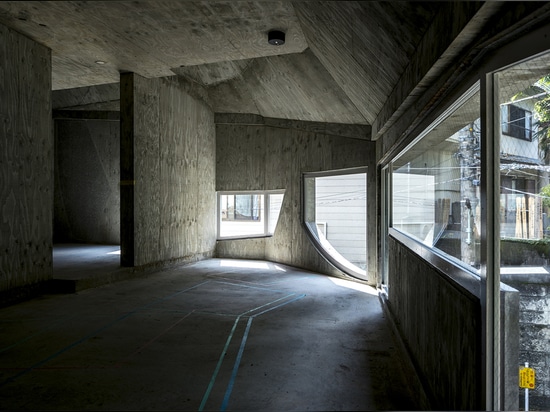 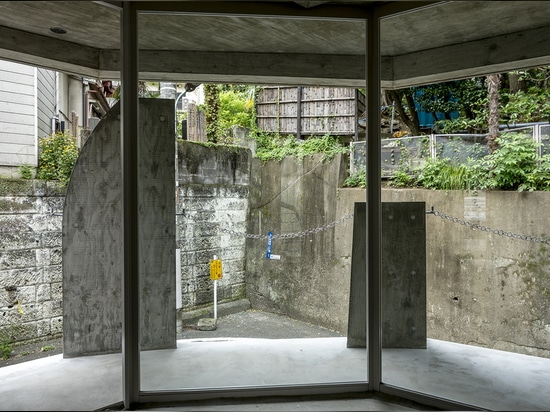