Smart Circular Bridge built with flax completes in The Netherlands

The Eindhoven University of Technology has led a project building a bridge that is partly made from flax in The Netherlands, aiming to demonstrate the material's potential to replace steel in construction.

The bridge in the city of Almere is built from flax fibres combined with bio-resin and polyurethane foam blocks, creating a light and stable composite material that can be used instead of aluminium or steel.

The Almere structure is the first of three bridges for pedestrians and cyclists that will be built as part of the Smart Circular Bridge project, with the next two destined for Ulm, Germany, and Bergen Op Zoom in the Netherlands.

The project involves a total of 15 partners from across the European Union – five universities including the Eindhoven University of Technology (TU/e) and the University of Stuttgart, seven companies and three cities – and aims to provide crucial data on the stability and durability of flax composite over time.

The bridge in Almere is built from two types of flax composite material: flax fibre mats wrapped around foam blocks were used for the deck, while a robot-wound flax filament makes up the handrails.

The foam core blocks were fused together in a vacuum-infusion process, creating one solid bridge.

The filament is wound in bundles in a cross-linked triangular pattern. The group chose to work with the robot-winding technique because it believes it creates an effect of "lightness and delicacy" that highlights the aesthetic and technical possibilities of bio-composites and natural fibres.

Altogether the bridge contains around 3.2 tonnes of flax, which the researchers are particularly interested in among natural materials because it is more fast-growing than wood and more readily available than hemp.

The bridge also contains some 80 sensors distributed throughout its structure, which will measure how it performs in different temperatures and moisture conditions, how it behaves under heavy loads, and how the material ages – with all of the data viewable in real-time on a public dashboard.

Smart Circular Bridge project leader and TU/e professor Rijk Blok estimates that the bridge could easily have an operational life of 50 years or more.

The Almere bridge spans 15 metres and can support small service vehicles as well as pedestrians and cyclists.

For the other materials besides flax, the group tried to use non-fossil sources as much as possible. The resin in the Almere bridge's composite material is 25 per cent derived from biological sources, while the next bridges will use 60 per cent bio-resin.

For safety reasons, they chose to work with a type of plastic, polyurethane, for the foam cores in the blocks making up the deck, but hope that a more sustainable source can be used in the future.

Beyond bridges, they can see the flax composite materials being used for structural elements such as walls, columns and beams.

"These materials have a great future," said TU/e professor Patrick Teuffel. "The current results make us optimistic: we expect to build bridges with significantly larger spans and higher loads in the future."

Flax and hemp, which has similar material properties, have been historically used for hardwearing items such as clothing, sacks and ship's ropes but are now the subject of keen interest as renewable building materials.

Researchers at the USA's Rensselaer Polytechnic Institute have invented several hemp innovations, including an alternative to steel rebar, while Practice Architecture used hemp to build a zero-carbon home in the English countryside. 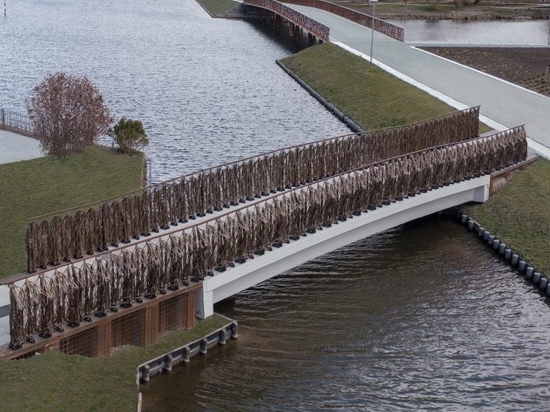 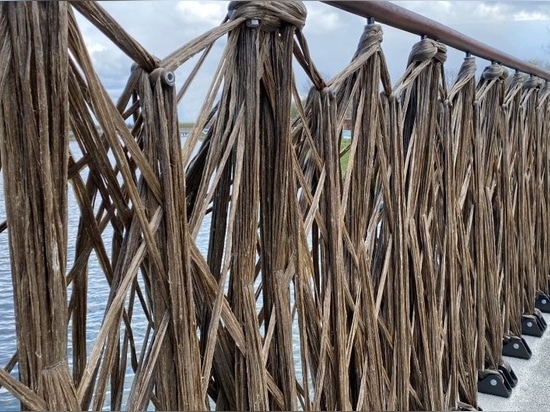 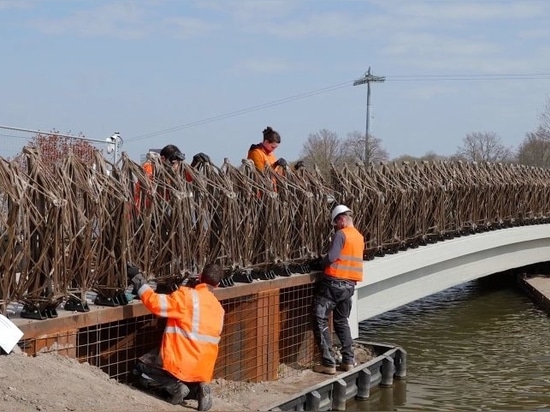 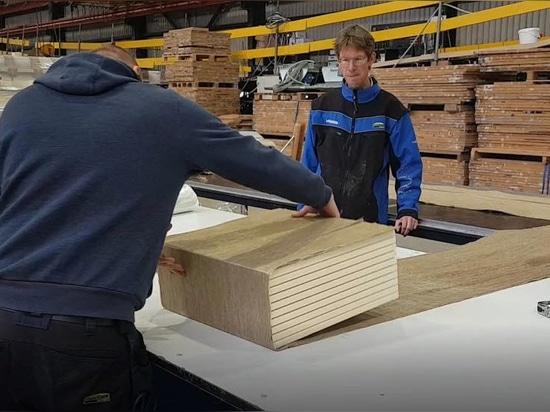 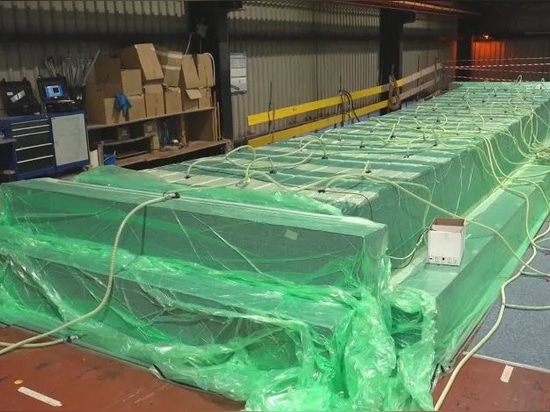 The blocks are fused in a vacuum infusion process 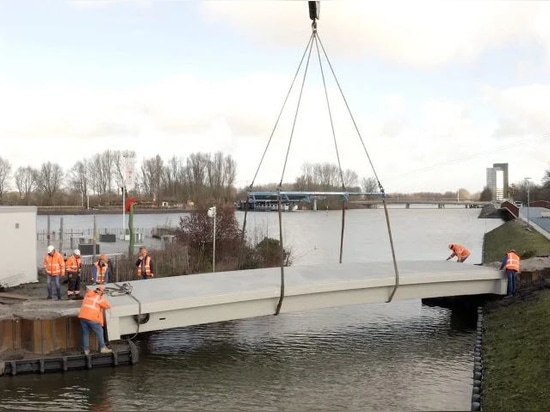 The vacuum process fuses the blocks into one complete element