OMA designs interlocking towers for The Perigon in Miami Beach

Architecture studio OMA has designed a tiered residential structure with interlocking towers for a beachfront site in the Florida city of Miami Beach.

Called The Perigon, the building will comprise seven interlocking towers that rise to a peak and then descend on both sides towards two separate waterfronts: the Atlantic Ocean and Indian Creek. It is OMA's first residential project in Miami Beach.

"The towers are merged and lifted into a singular form that both responds to the potential for panoramic views and frees the ground plane below," said OMA.

"A subtle contrast in shape between the towers – organic meeting orthogonal – highlights their juxtaposition."

The towers, which will each have a diamond-shaped envelope, will combine to form a building that will reach 17 stories at its tallest.

The Perigon's design will be defined by softly curved patios on each floor, which will also serve as shades for the residence below.

Each of the 83 apartments in the building will have floor-to-ceiling glazing with doors that open up to the terraces. The form of the interlocking structures was chosen in order to provide ample views for each of the residences.

Terraces for the highest apartments on the four lowest volumes will have swimming pools, while the tallest of the towers will have green roofs.

At its base, the structure will be lined and supported by thin white columns that run up into the building, becoming a feature in the interiors.

OMA said that it chose to lift the building to differentiate the entrance from other properties in the area, which the studio described as "fortresses" that become "urban walls blocking off views and access to the ocean for the rest of the city".

"By lifting the building’s ends 45-feet above the flood line, we create a porous site that invites views from the city to the ocean while also providing moments of seclusion for residents," the studio noted.

On the ground, The Perigon will be flanked by palm gardens and paths that form a "braid-like circulation" while also nodding to the geometries of the tower, the studio said.

Ground floors will house amenities and lobby spaces with floor-to-ceiling glazing, and the site will have a pool and pool house.

Still in the pre-construction phase, the project will be led by Jason Long and Yusef Ali Dennis of OMA's New York office and have interior design by architect and yacht designer Tara Bernerd and landscape design by Gustafson Porter+Bowman.

Other projects by OMA in the United States include a monumental staircase for a US Postal Service office in Houston and an extension of a Jewish temple in Los Angeles. 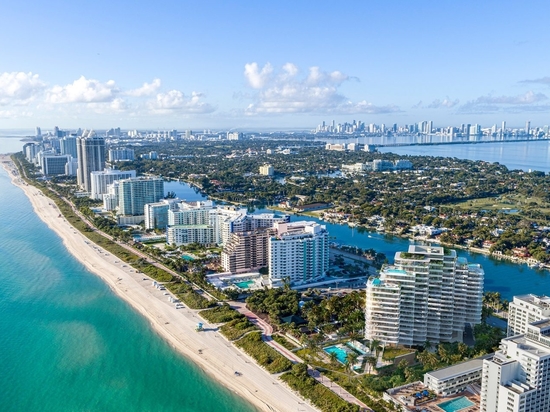 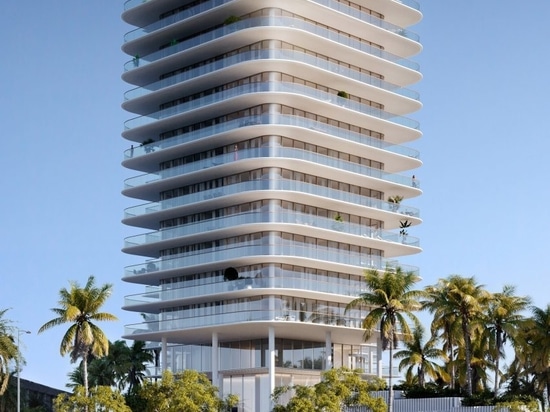 The Perigon will be OMA's first residential project in Miami Beach 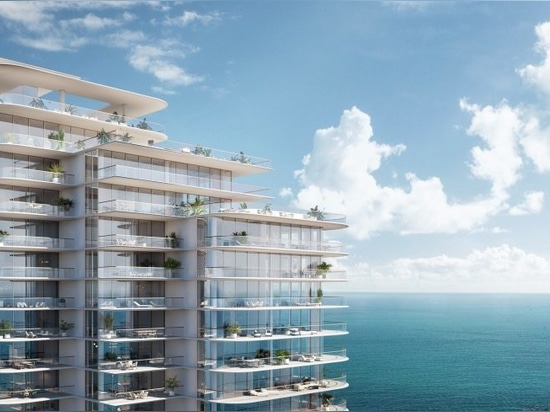 The structure will be made of interlocking towers 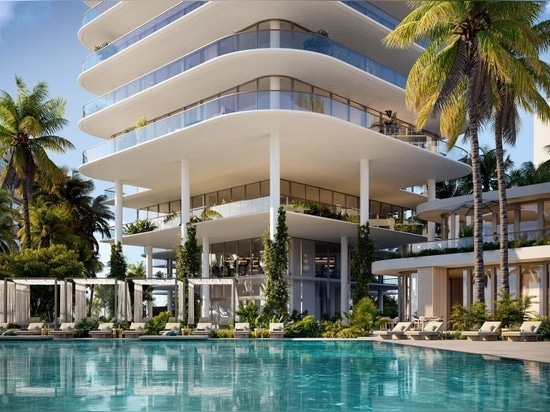 Metal columns will run the height of the building 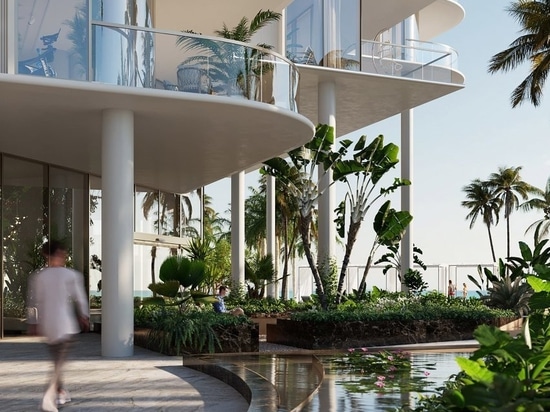 The structure has softly curved balconies and glazing 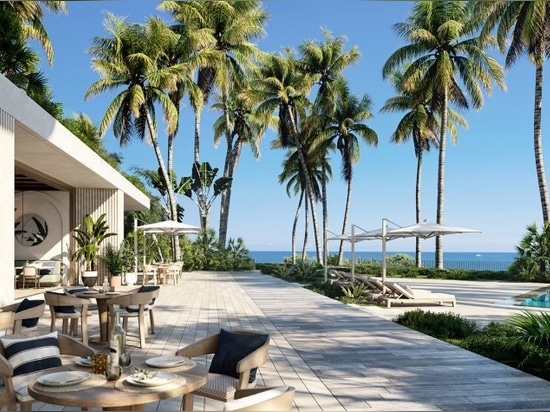 The pool is on the Atlantic Ocean side of the property