Following its soft inauguration last June, Denmark‘s Hans Christian Andersen Museum officially opens to the public, with architecture by Kengo Kuma & Associates. The museum takes shape as a cluster of curving volumes, organized to create a garden labyrinth. Visitors are invited to explore these in-between park spaces which had opened to the public earlier in the fall. The newly opened ‘H.C. Andersen Hus Museum’ thus introduces a ‘fantasy world’ to Odense in celebration of the 1805-born author. See designboom’s previous coverage of the fairytale museum here https://www.designboom.com/architecture/kengo-kuma-hans-christian-andersen-museum-odense-denmark-03-09-2021/

Designing the Hans Christian Andersen Museum (see more here), the architects at Kengo Kuma & Associates (KKAA) translated the author’s fairytale stories into built space. In Andersen’s tale The Tinderbox, a tree reveals an underground world, which magically unearths new perspectives right in front of the beholder. The museum is arranged similarly — all the exhibition spaces are located underground.

Kengo Kuma, who worked on the project alongside Cornelius Vöge and MASU Planning, elaborates: ‘​The idea behind the architectural design resembled Andersen’s method, where a small world suddenly expands to a bigger universe.’

A journey between the ‘real world’ and the ‘fantasy world,’ the visitor perpetually travels between the latticed volumes and the interstitial, meandering gardens bound by labyrinth-like hedges. The translucent walls which separates these two worlds suggests a soft and ambiguous division, much like that of Anderson’s stories.

Other stories which take shape as museum space include the Little Mermaid, and Thumbelina. An exhibition space is disguised as a pool of water, which visitors can occupy below and peer into from above. Meanwhile, a Giant’s Garden is filled with oversized plant-life as though visitors have been shrunken.

The site of the Kengo Kuma-designed museum is significant as Odense is the birthplace of the Hans Christian Andersen. What’s more, the city has housed the H.C. Andersen House museum since 1908, just over thirty years after the author’s death in 1875.

Status: open to the public 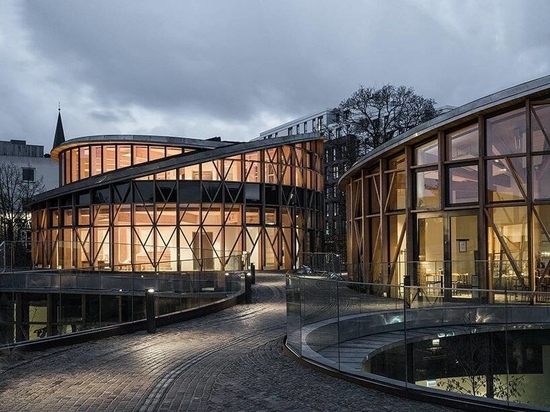 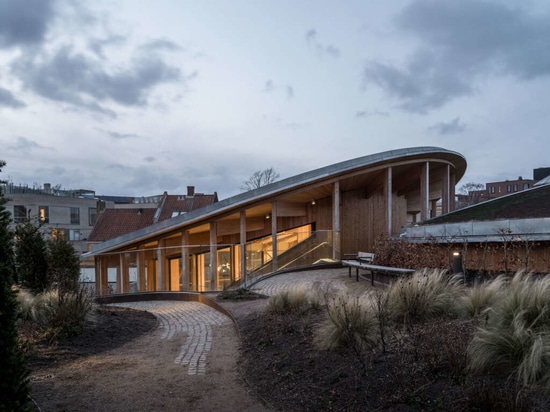 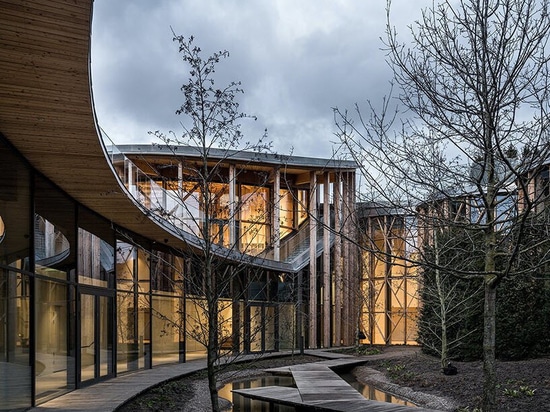 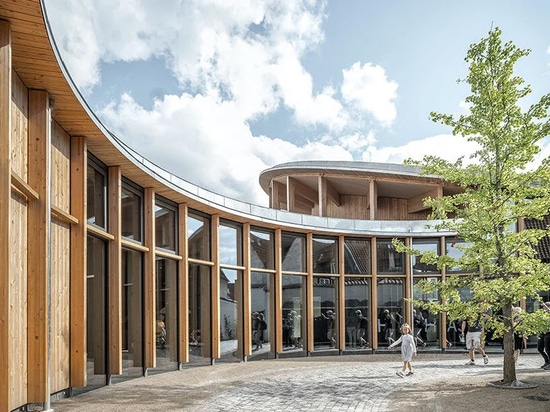 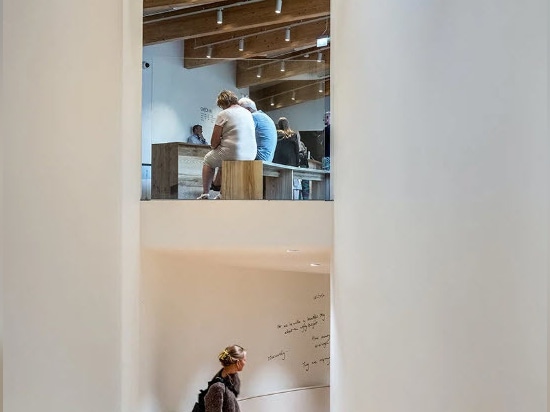 The subterranean exhibits open into a new fantasy world