london-based football club tottenham hotspur has unveiled their updated plans for a new stadium to be built in the borough of haringey.

designed by populous, the 61,000-seat arena boasts dedicated NFL facilities, with a fully retractable pitch revealing a second playing surface below. the vast development also includes a 180-bed hotel and 579 new homes, including affordable housing designed by allies and morrison.

the stadium will increase the club’s capacity by almost 25,000 seats, featuring the largest single tier stand in the UK. a new terrace will host ‘the tottenham experience’ – a permanent visitors center and arrivals hub, that includes an interactive museum documenting the club’s history. an enhanced public space includes a multi-use games area, with cafés, dedicated events and community programs managed by the tottenham hotspur foundation. a ‘sky walk’ allows guests to step foot on top of the stadium, providing sweeping views across london.

senior principal of populous, christopher lee, spoke about the stadium as the design was launched: ‘the new tottenham hotspur stadium marks a new generation of stadia design: stadia that provide an unparalleled experience for all fans, that are civic in their nature and hold community at their heart but above all else create the most intense and atmospheric place to watch football.’

‘the seating bowl is designed to create an intimate relationship between player and spectator. its 17,000 capacity single tier end stand, a tribute to traditional english football grounds, will be the largest in the UK and will be the engine that drives the intensity and atmosphere in the new spurs stadium,’ continued lee. 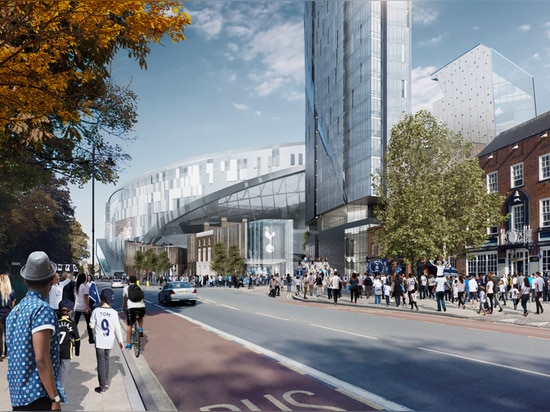 the development includes a 180-bed hotel and 579 new homes 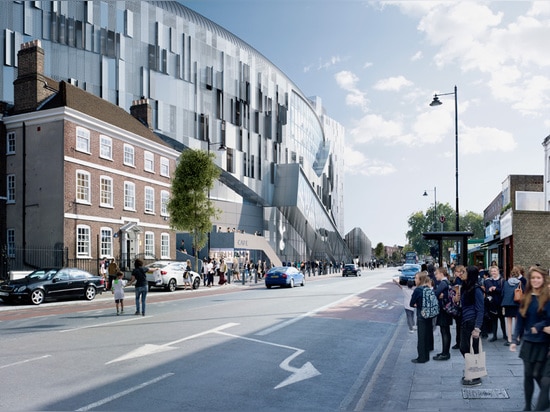 the stadium viewed from the passing street 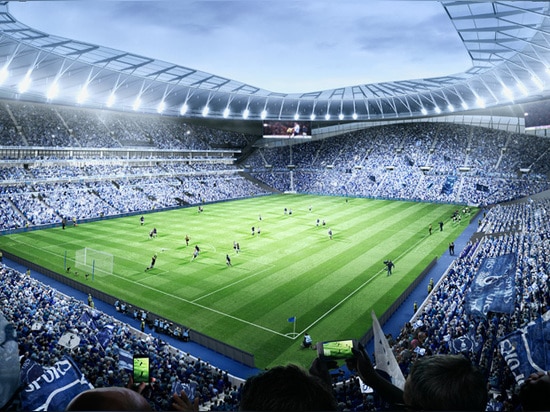 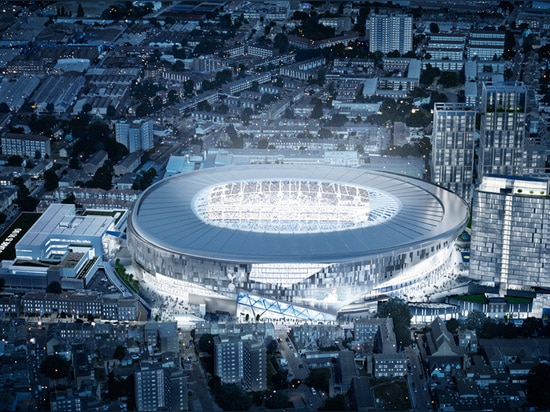 the project will be submitted to local authorities for approval in the coming weeks.