Named the Vltava Philharmonic Hall, the venue will be built on the bank of the Vltava river in central Prague. It will be comprised of angled colonnades that will slope and extend outwards from the concert hall.

The building, which will house the Prague Symphony Orchestra, the Czech Philharmonic and the music department of the Municipal Library of Prague, will be characterised by its four stacked colonnades.

The colonnades will protrude in different directions and gradually slope upwards forming elevated walkways around the exterior, which were designed to become extensions of the street and Vltava square.

"The Vltava Philharmonic Hall is composed as a meandering journey from riverbank to rooftop," said BIG founder Bjarke Ingels. "Public flows and belvedere plazas unite the city life of Prague to the music within."

Bohemian Forest timber will clad the undersides of the protruding terraces and extend to the interior while expanses of glass will surround the main volume of the concert hall on each of its stacked levels.

According to BIG, the interior of the concert hall's foyer will be inspired by Czech glass artists.

Prague Hall, one of the building's auditoriums, will feature a timber interior to provide balanced acoustics while its audience seating will be arranged like "petals of a pinecone turned inside out".

"Arranged like petals of a pinecone turned inside out, the seats of Prague Hall are rotating within the compactness of a perfect square," said BIG.

"The seating rakes meet at their corners to allow physical connectivity between every seat in the audience, providing a greater sense of unity and shared experience."

Alongside its auditoriums, the top of the building will house a rooftop restaurant and ballroom that will frame views across Prague.

"Its halls are formed for sight, fine-tuned for sound, and orchestrated for functionality and connectivity," said Ingels.

"From this rhythmic structure, a symphony of colonnades and balconies extend as platforms for public life. Expressive yet pragmatic, the new Philharmonic will ascend to form a key landmark for Prague - from river to roof."

Construction is expected to begin in 2027 with the building projected to open in 2032. 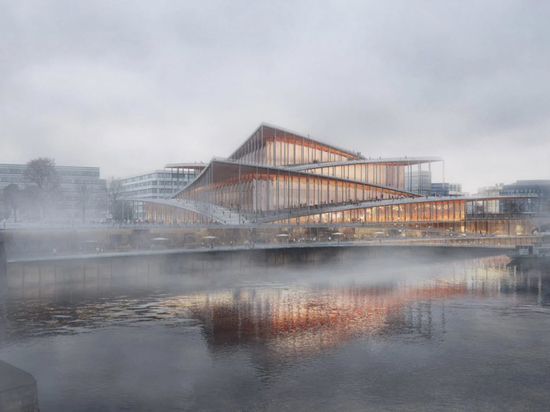 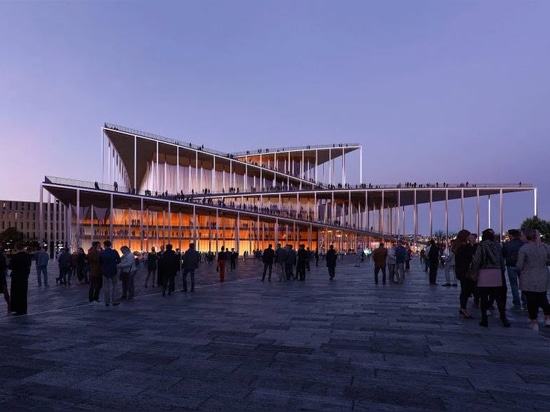 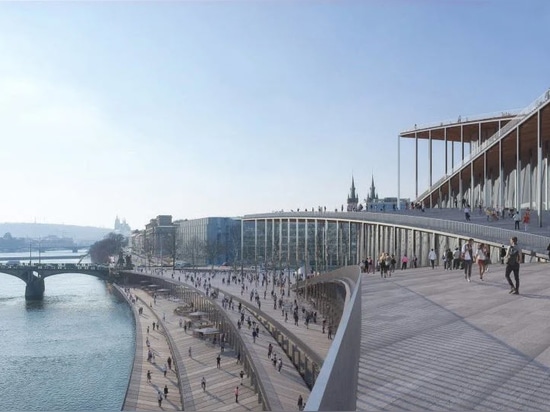 Its collonaded terraces will become extensions of the street level 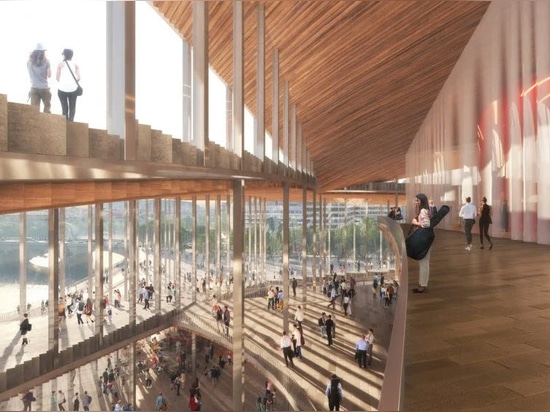 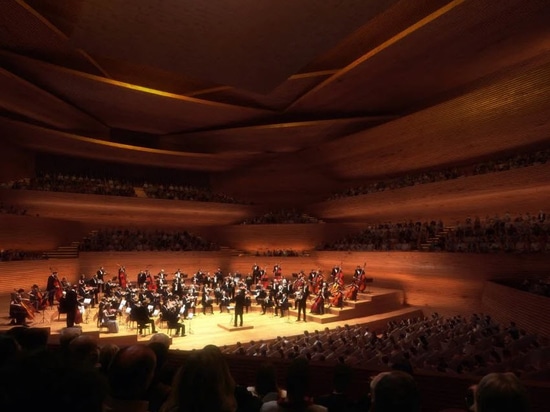 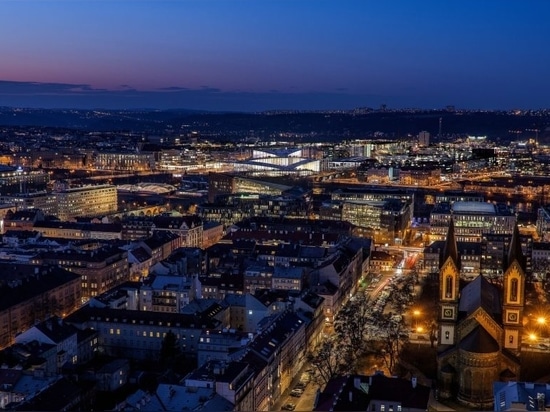