The architecture of wine never fails to throw up a few contemporary surprises, as forward-thinking vineyards deploy grand designs to lure buyers into their cellars and project a contemporary image to the world. The contemporary winery is a dream archetype for the designer, a building bereft of overbearing context, save for a gently rolling landscape and row upon row of vines. Inside, the key volumes are usually intended for nothing more onerous than great views and great spaces.

St Hubert’s is one of the oldest wineries in Victoria’s Yarra Valley, one of Australia’s enotourism hotspots. This new cellar-door building by the Melbourne practice Cera Stribley (featured in the 2020 Wallpaper* Architects Directory) gives St Hubert’s its own very distinct character, helping transform the complex into a major new food and drink destination.

The Swiss-Australian winemaker Charles Hubert de Castella set up the vineyard in the 1860s, and it was comprehensively reborn in the late 1960s, when the whole Yarra valley region underwent a renaissance. Now part of the larger Hubert Estate, which embraces a number of premium wineries in the region, the new structure has become the estate’s focal point.

Cera Stribley has exploited the topography of this particular slice of landscape, with vine-covered hills sloping away from the region’s highway. The main structure is set into the earth, with a mound-like green roof pierced by a central axis that gives a view through to the vines.

The existing production sheds serve as a framing device for the new building, with a pair of exposed-frame volumes acting as an outdoor tasting and event space.

A ramp slopes down towards the cellar door, with steep concrete walls creating the impression of a bunker dug into the earth. In the distance, the view of the vines draws the visitors in, past a large copper door. The interior spaces are dark and rich, with timber panelling, copper detailing and bespoke wood and leather furniture.

The upper floor of the cellar door sits beneath the shallow curve of the roof, which in turn oversails the terrace overlooking the vineyards. The downstairs houses a gallery, including four individual tasting rooms.

The new semi-subterranean structure is in marked contrast to the vineyard’s existing ‘sheds’, which have been repurposed as a function centre.

Charred black timber cladding adds a neutral backdrop for all kinds of events, with a new restaurant, Quarters, occupying one of the refurbished buildings. 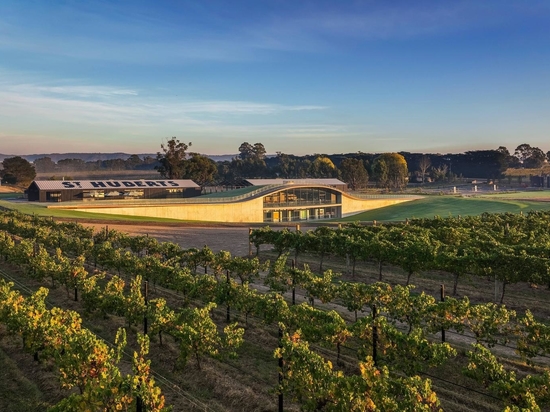 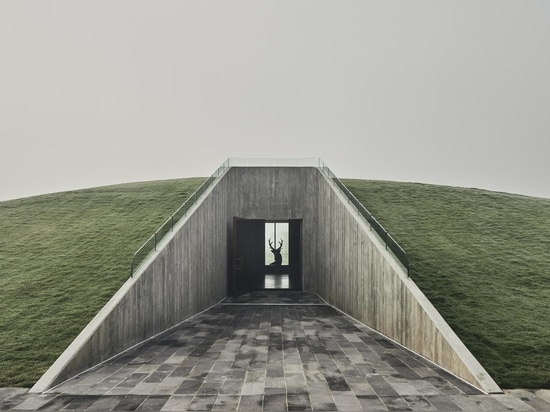 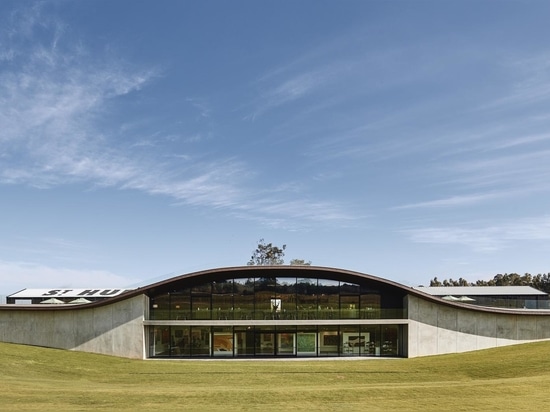 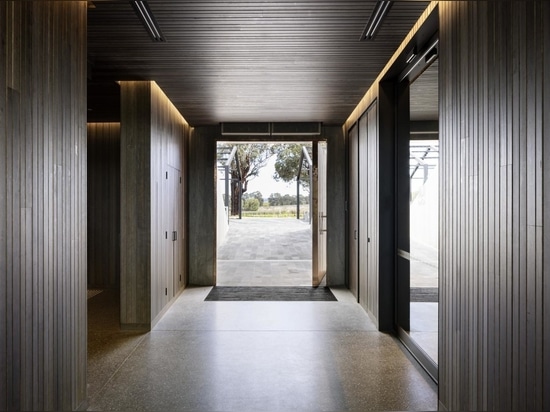 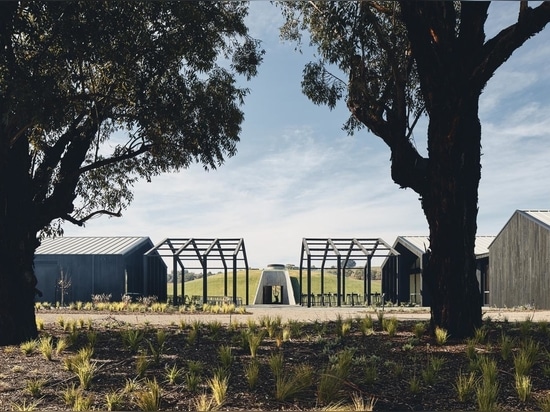 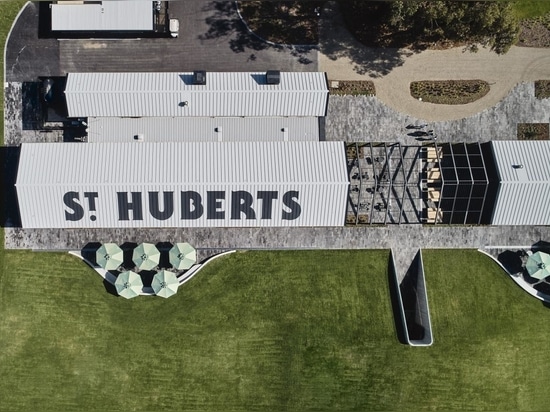