This colourful apartment in Seville is an exercise in compact living

Urban living in today’s climate can be a challenge. Real estate comes at a premium and for those who want to dwell in cities, increasing the sense of space in a small apartment can be tricky. Dividing space into separate areas can make it feel compartmentalised and even smaller than it really is, but no one wants to feel like they’re living in a box. This is the challenge that young Madrid-based practice Studio Noju sought to tackle when it was commissioned to renovate a 60 sq m apartment for a single woman in Seville’s colourful Triana neighbourhood.

Instead of defining the various zones using physical partitions, the studio opted to channel the district’s distinctive street colours to create a series of niches, resulting in a yellow dining room, a green kitchen, a black bathroom and a blue guest space, which all act as a striking contrast to the muted grey and white palette of the living area.

Meanwhile, readily available roof ridges, known as cumbreras in Spanish, and curtains with ripple folds were used to create textured backdrops for the niches, giving them coherence and depth.

Studio Noju was set up by Antonio Mora and Eduardo Tazón, who, on graduating from the Seville School of Architecture, had moved to New York to work for practices such as OMA and Diller Scofidio + Renfro. The duo were still in New York when they were commissioned to design the apartment, adding an additional challenge to the project, as coordination of the design and construction had to be conducted via video calls, factoring in a six-hour time difference.

‘This is our first project and it marks the beginning of us exploring our design language, which is still evolving and hopefully always will,’ they say of the colourful apartment design. ‘We are keen on constantly challenging our own ideas of who we are as a studio, and each project we work on tests the state of that conversation, which, in turn, helps us evolve.’ 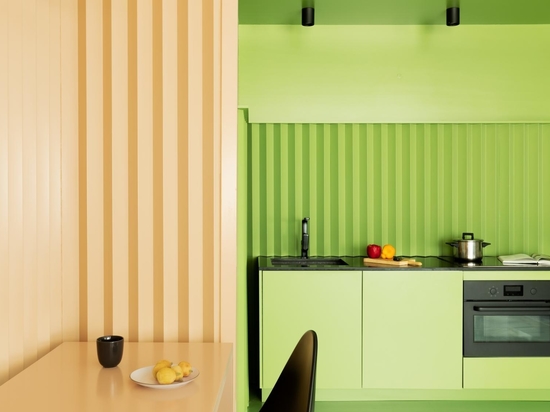 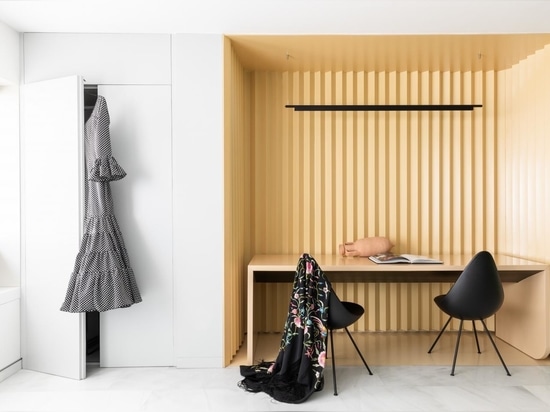 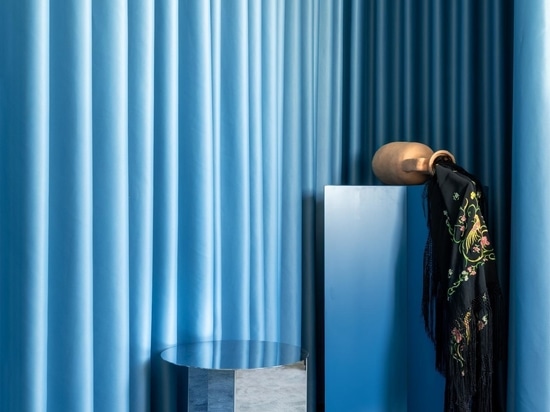 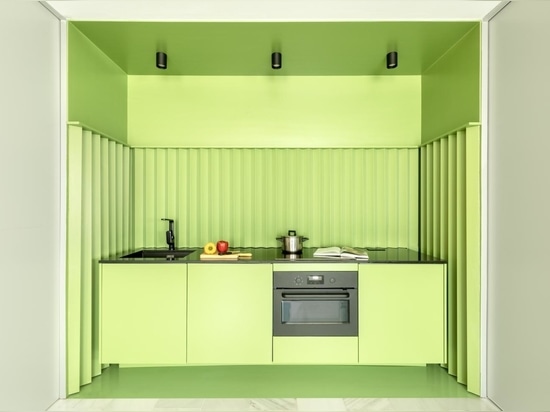 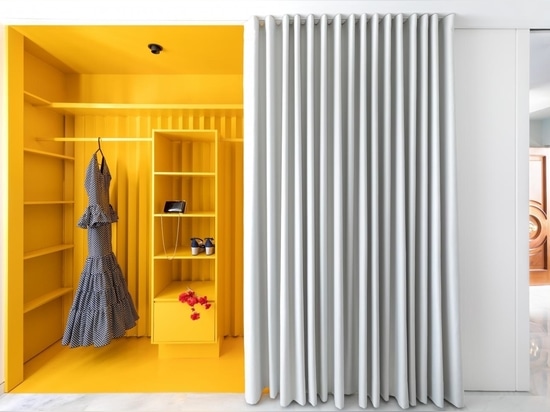 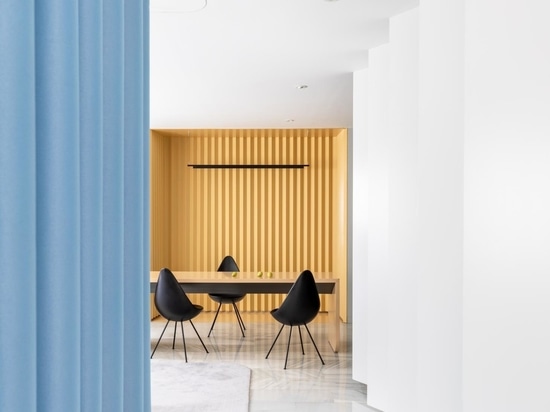