The project is carried out in an underground space near the sea, with barely any outside lighting and in serious humidity conditions.

However, the interior of the simply-built, very small structure — barely 55m2 — had a real monumental look, presided over by two octagonal stone pillars from which domes and vaults rise to cover the space and bear the weight of the upper floors.

The client had requested the creation of an open-floor space. However, this monumentality, coupled with the shortage of natural light and view to the outdoors, led to another proposal. The single-space concept could be maintained but with greater spatial complexity, by overlapping and intersecting two living spaces: a central, common, multipurpose space and a perimeter of small designated-use rooms (bedroom, dressing room, bathroom, storage room, kitchen and study). The walls do not reach all the way up to the ceiling so the vaults and domes are continuous and visible from anywhere. But from the ground level, up to the level marked by where the domes begin, the view is partially interrupted by partitions, creating an anticipation of what lies beyond on the other side, and giving contour to the inner world. The palette of materials is reduced. Floors and walls are white to bounce and reflect every beam of light that manages to enter through the few openings. The laminated pine dividing walls highlight the items in the centre of the space, while contrasting with the white surfaces of the existing walls. This is the serene canvas against which future users will splash the colours and textures of their furnishings and belongings.

Work has been slow-paced. Lack of ventilation and openings to the outside extended drying times for materials. We had to design and build a raised floor with several layers to ensure waterproofing and insulation. All surfaces and ceilings had to be sealed with double-action waterproof mortar to prevent moisture from leaking through. The level of indoor humidity was controlled with an underfloor heating and forced ventilation system connected to a dehumidifier. Gradually, materials started drying and the saltpeter started disappearing. When we removed the worksite floodlights in early summer we found that natural light filled the space and bounced on the walls nicely, creating a very pleasant and comfortable humidity-free space which seemed much bigger than its meagre 55 m2. 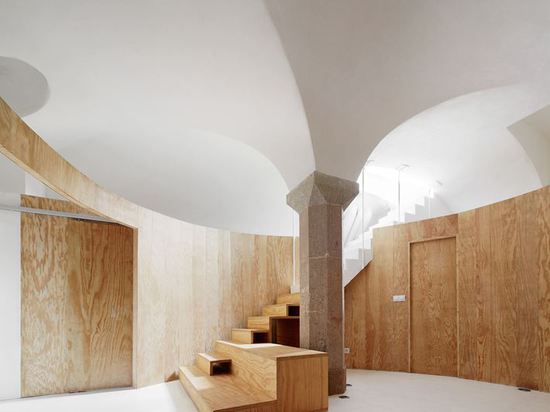 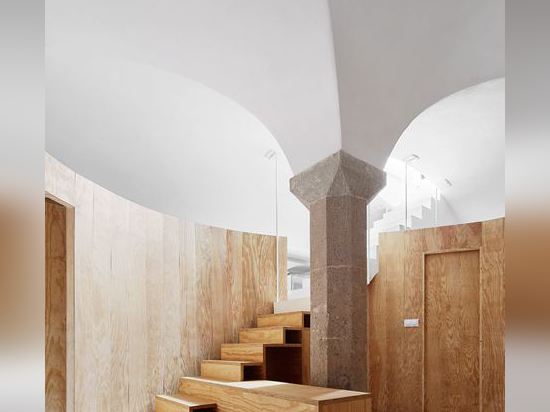 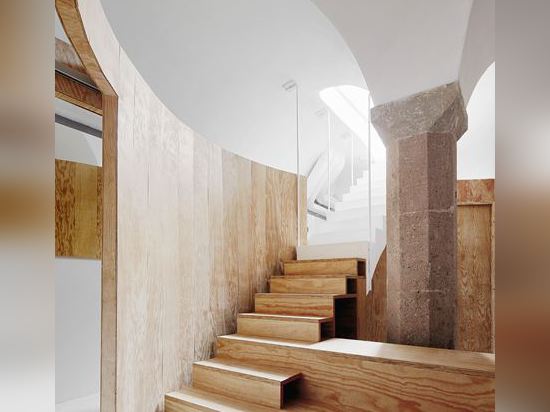 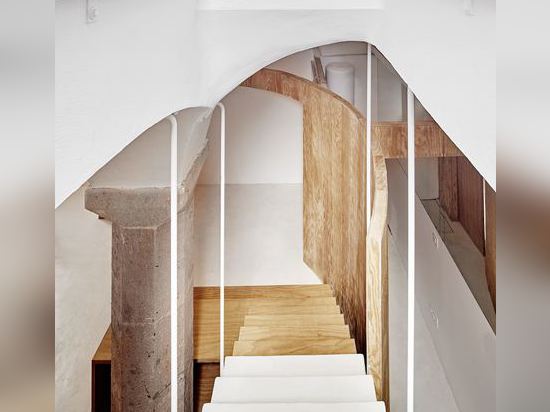 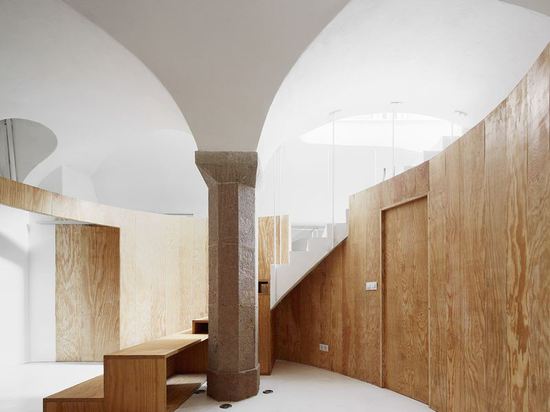 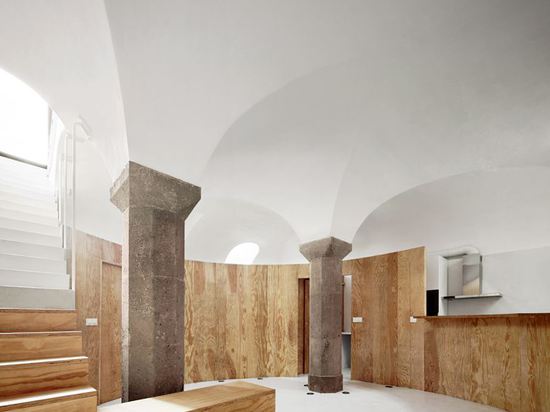