The project recently won the international competition for the design of this riverside retail center and is set for construction in the near future. Because of its central location in Hangzhou Qianjiang Century City, the 90,000 square meters project is expected to become a retail hub in Hangzhou’s central business district.

The project’s central location is easily accessed through the city’s transportation networks. The southeast edge of the site is next to the Qianjiang Century City Metro Station and borders several main roads. Thus, the industrial park is easily accessed on foot, by car or via the metro from anywhere in the city.

The site is divided into 12 scattered plots, which are visually experienced as one large project. Additionally, the project is based on the concept of “one axis and three cores.” The river creates the axis and the project extends along it longitudinally on both river banks. The three cores are segments of the entire site that are split from each other by curvilinear pedestrian paths.

Meanwhile, the commercial spaces are visually united using a consistent, biophilic design language. Overall, the commercial center’s design is influenced by the nature of the river and its ripples. This is showcased through double-skin, textured facades and the sustainable titanium alloy roofing that mimics the ripples with its undulating profile.

To maximize the features of the waterfront, the ground plane is manipulated to create multiple levels. In doing so, natural light floods the interior and exterior spaces. This creates bright, airy public spaces for leisure and retail. The project’s multiple levels also allow for connections between various spaces on both sides of the river. On the first floor, recessed platforms allow for vertical and horizontal movement. On the second floor, strolling paths cross over the water and connect the two riverbanks.

Spaces to connect with nature are key landscape features of the industrial park. These include multiple platforms for visitors to visually interact with the waterfront. Moreover, the project’s green spaces, particularly the gardens dotted along the river’s length, create calming environments for individuals and small groups.

Through its river-inspired design, the project blurs the boundaries between the built and natural, while establishing a vibrant space for retail and leisure. 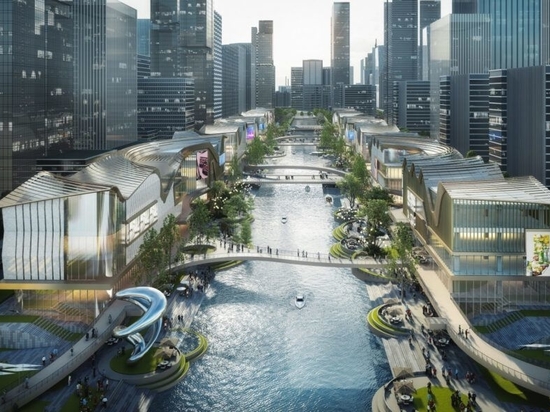 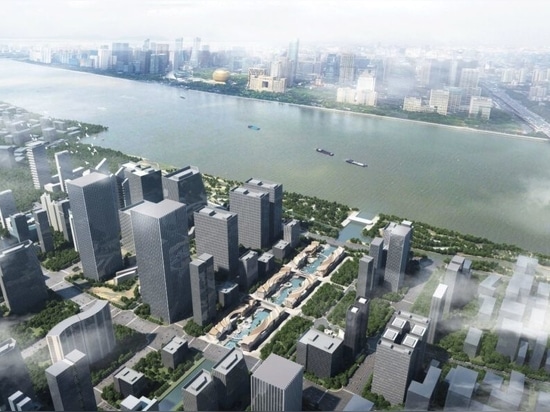 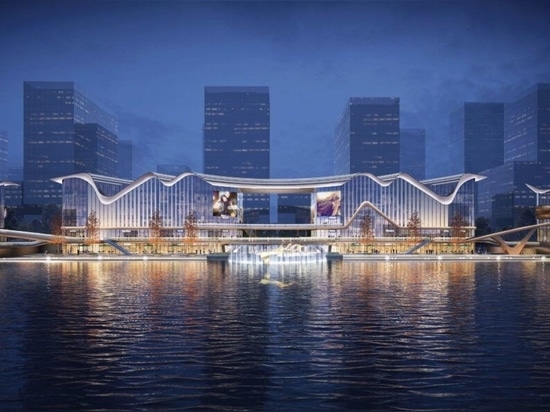 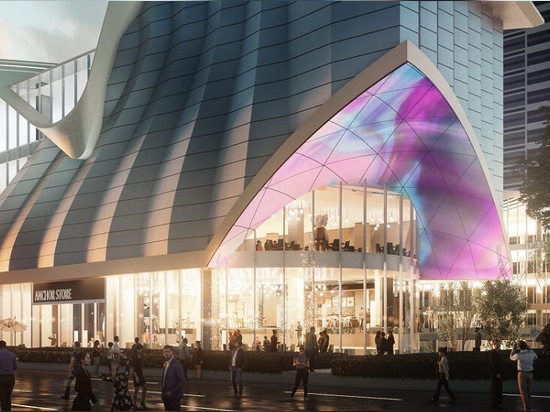 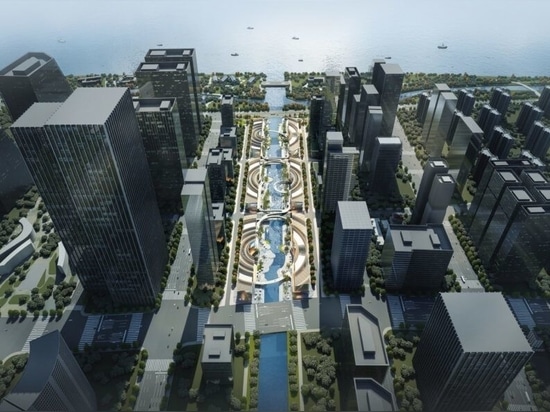