Built in 1996, Zhou Yao Insect Museum in Ningbo, Zhejiang Province is named after the revered father of Chinese entomology. It is the largest entomological museum in Asia that is dedicated to a person. After decades of use, it has now been relocated to Yinzhou Park (known as Ningbo's "green lung") and expanded its area from 500 square meters to more than 3,000 square meters. The museum is both a thematic museum and a memorial to Professor Zhou Yao.

The original venue was facing challenges in regard to presenting exhibitions, including outdated facilities, insufficient exhibition space, and rigid exhibition methods. The new design has tackled these challenges and presented the city with a venue that satisfies contemporary exhibition requirements. It also acts as a public platform that accommodates exhibition, education, social interaction and experience of nature. Standing comfortably in its surroundings, the design has created a welcoming public space for the city.

Concept: Butterflies, the inspiration and the embodiment

The original concept of the design revolves around "butterflies". Inspired by the abstracted butterfly form shown in the collection, the project adopts the "butterfly triangle" as the prototype, and uses the chamfered triangle, a metaphor for butterfly wings, as the design motif in the architectural form and layout. In the meantime, the ultra-light and delicate features of the insect’s wings are well embodied in the parametric gradient glazing of the building’s skin. Together they create a distinctive form that is not only mimetic, but also more in line with the theme of the museum.

The spatial organization of the building is defined by the physical conditions of the site. Through the integrated design of the indoor exhibition space and the outdoor public space, the layout of the entire site was decided, with an emphasis on the interaction with nature. At the plan level, various functions are arranged into "butterfly triangles" of varied sizes. This recreation area, located at the north side of the building, was created by harnessing the 1m difference in elevation between the road and the park to naturally form a series of steps. It encourages various interactions with the space and helps generate a fused indoor-outdoor experience.

The land restraint, the maximized use of space on the first floor and the facade design altogether create a dynamic overall image for the building. The design takes advantage of the difference in height to create a 3D butterfly triangle; two full-height traffic spaces — the foyer and the "butterfly valley" — are created at the sides of the building. The facade facing the city road is light, elegant and dynamic, projecting a distinct urban image; while on the side facing the waterfront, the facade appears to be dancing, the space is integrated into the park grounds and becomes the stage of the park.

The white glazed glass on the facade creates a soft, almost disappearing effect, forming a sequence of rhythm. In combination with the gradual gradient change of skin units, it weaves a facade that is as light as wings. Through sophisticated parametric design control, the curtain wall components and divisions between the curtain panels are successfully hidden in the glazed patterns. 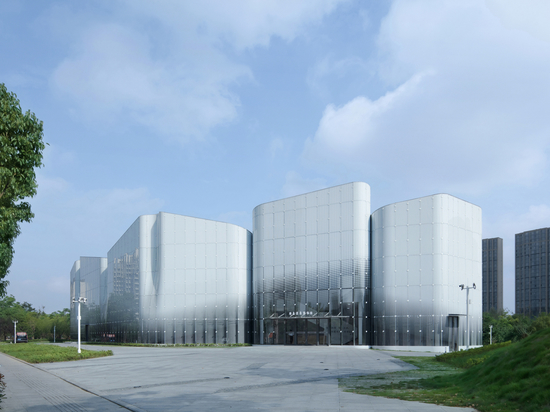 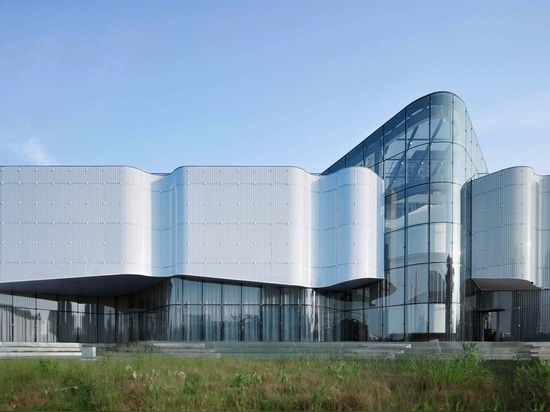 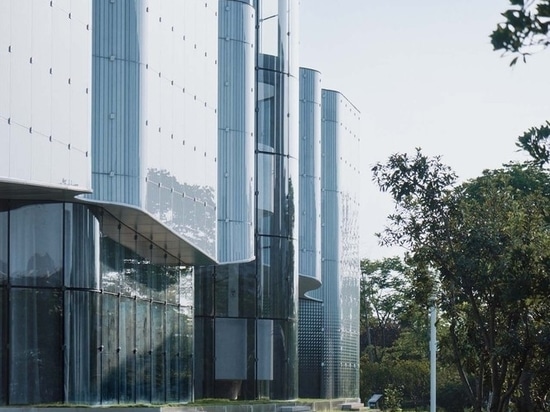 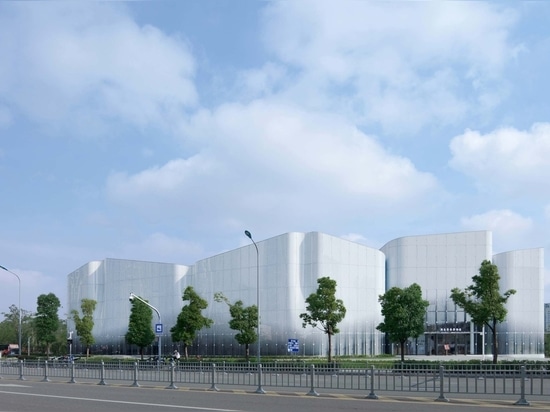 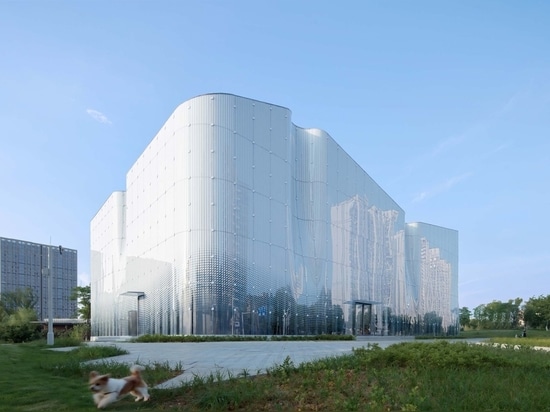 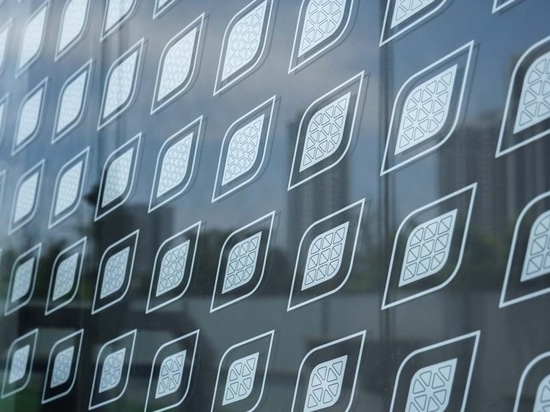