The town of Los Reyes was a traditional town characteristic of being stony. It existed before the arrival of the Spaniards and was destined the housing the indigenous population of the region. In the last century, during the Reformation, Coyoacán was already an autonomous municipality composed of farms and villages, dedicated to agriculture and livestock. From 1928, Coyoacán became a delegation of the Federal District, but it was not until 1950 when, the Villa de Coyoacán - municipal seat-, like the town of the Kings, gradually joined the urban spot of the city from Mexico.

In the last ten years, Coyoacán has been called Historic Center. This area maintains a strong urban identity that distinguishes it from other places in the city. Its colonial architecture gives a province character much appreciated by the inhabitants of the big city. In turn, since the last century, it has been a great place for intellectuals, politicians, and artists. It is currently an area with important cultural and educational institutions, which has made it worthy of being called the "cultural heart of Mexico City." Responding to the history of this site, as architects we emphasize elements of the site creating living spaces while retaining this traditional character, being understood as a quiet space to inhabit. The houses are designed on 3 levels, the basement level with service areas and parking; the Ground floor with common areas, and First Level with private areas (bedrooms). The common areas of the houses live towards an inner courtyard. The main design element in the project is materiality. The houses are made of orange pigmented concrete, almost like an earthy rusty color. Upon entering the set you can perceive a sense of belonging to the land.

Other important design parameters are the sensations generated by the different spaces of the project, both inside and outside. The first moment of impact of the project is perceived when entering the set and being surrounded by an environment of rusty colors that contrast with the sky. The second moment is perceived in the access to the houses. You are in front of two triple-height walls, which contain a concrete staircase that leads you inside. A staircase that continues up to the last habitable level. The great attraction of the facades of the houses is its concrete latticework with circular perforations, which gives the inner courtyard of each one of them, creating a connection with the exterior in a subtle, revealing and discreet way at times, playing with the incidence of the sun, creating shadows inside throughout the day. 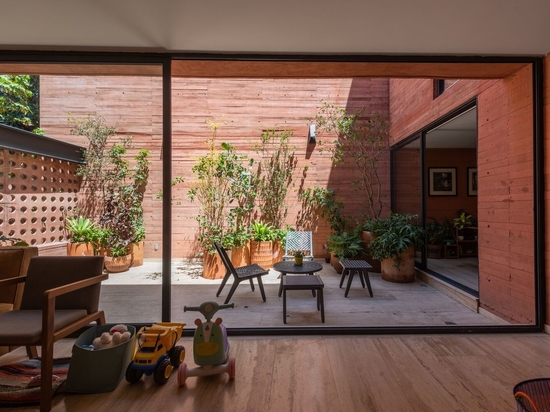 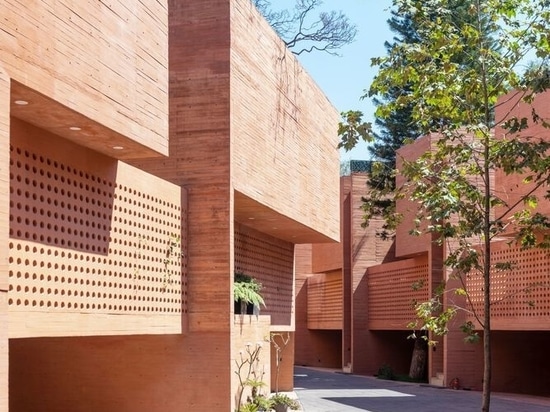 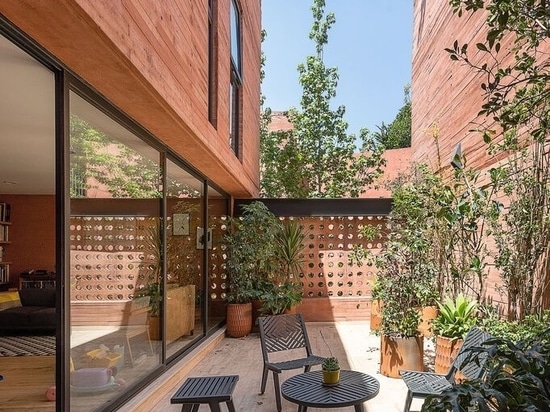 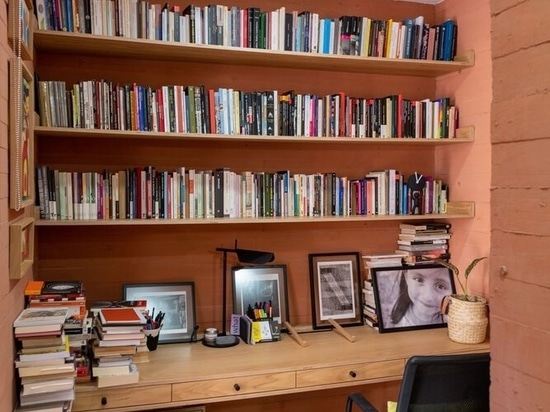 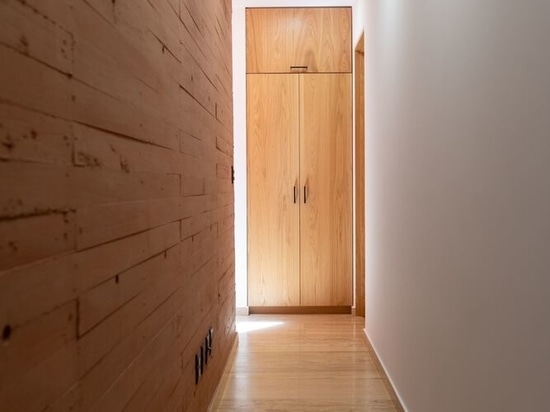 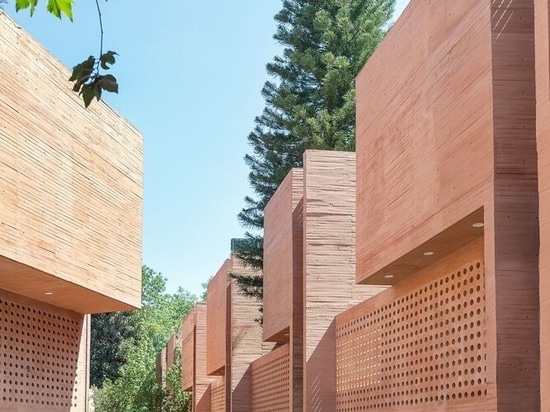