Wave One, of the European Center for Families, is located 400 meters from the Baltic Sea in what is historically known as a health resort town.

The concept derives from the complexity of sea waves and the local vernacular of carved ornamental detailing on facade elements. Drawing from this, the architects created a site concept composed of five inter-related buildings, reminiscent of waves. Wave One, the first to be built after a lengthy design and construction process, encompasses specialized medical laboratories including SARS-CoV-2 testing labs, a research & development center, and administration spaces.

The white perforated facade, enfolding Wave One, was partly inspired by a series of photographs by Pierre Carreau, titled AquaViva. The architects analyzed the geometric complexity of the sea waves, captured by the photographer. The arched 3D forms, frozen in time, were translated into an architectural language that shaped the building’s final form. With 1,362 perforated triangular panels, the facade, just like a wave, bend at its crest, the top of the building.

The panel's perforations are a symbolic gesture in reference to: 1) the local tradition of placing ornamental details carved in wood on buildings’ facades, 2) flower of life, an ancient motif credited with healing powers, befitting the healthcare function of the investment. The panel's perforations made it possible to bring about an airiness and dissipation of the building in space, particularly visible in the upper realm of the facade.

The East/west elevations take on 3D form with triangular panels of sintered white ceramics, skewing and reflecting sunlight onto the pavement. They create a transient detail, enlivening the immediate surroundings of the building.

Equally, curvature - a reference to the concavity of a sea wave - inspired the shape of the building mass. The amply curved canopy over the South entrance was digitally 3D modeled by the architects and then submitted to the local contractors to prepare one-to-one mock-ups. Adjustments were made on-site in order to create a seamless union with adjacent panels and ensure the fluidity of the perforated pattern. A painstaking task, since curvature and deviation from the vertical, are along both axes of the facade, not excluding the additional presence of operable shutters. 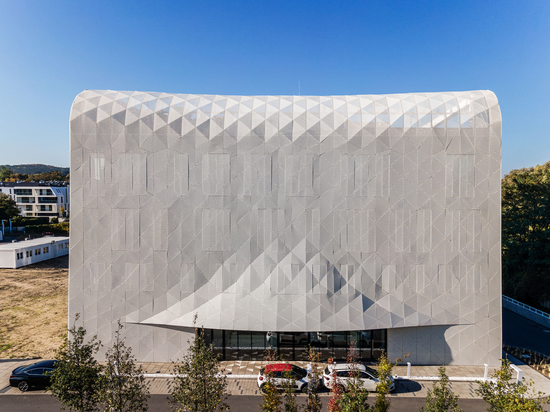 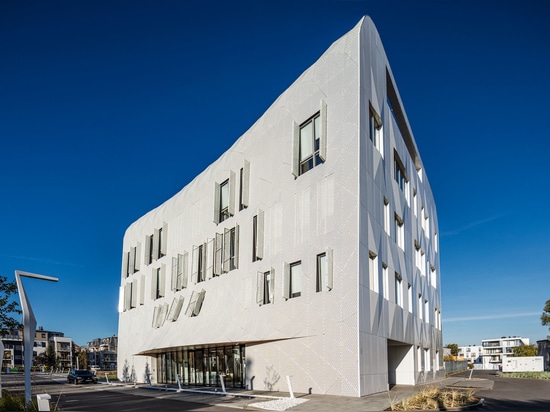 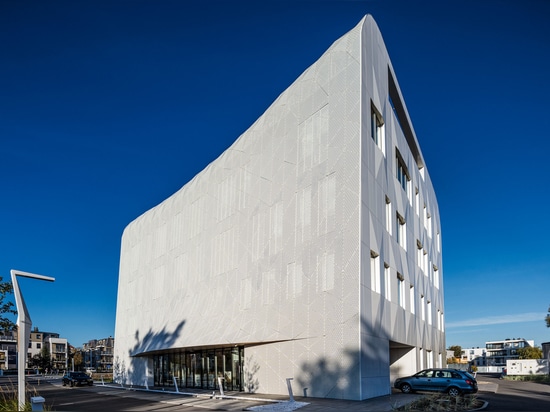 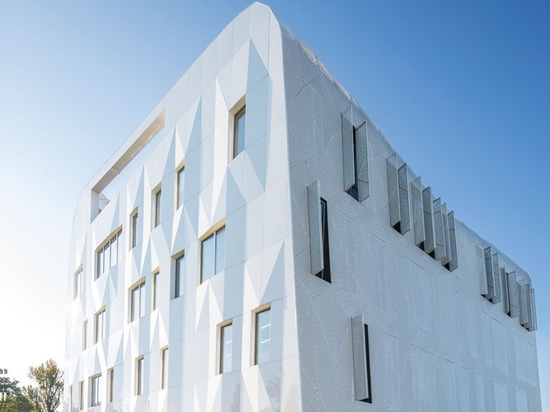 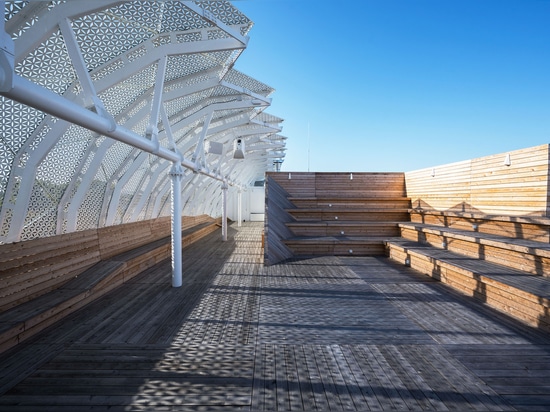 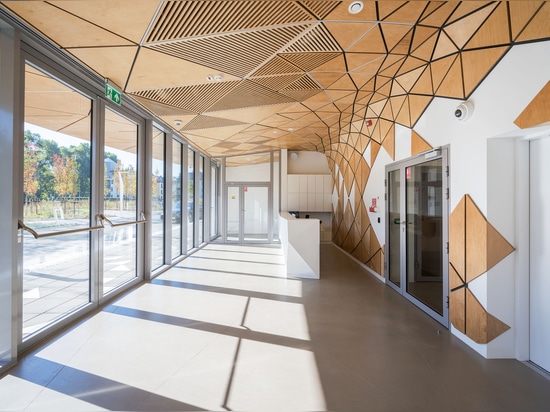