The iconic BMW HQ in Munich celebrates its half century

Over the decades, the campus has been added to and enhanced, but the central components – the four-cylinder tower and rotunda – have stayed remarkably consistent.

Schwanzer won the 1968 competition for the tower with his cloverleaf-shaped design, said to reference the cylinders of an engine.

Up until this point, the architect was best known for his work building exhibition pavilions – he designed the Austrian Pavilions for the 1958 Brussels World Fair and the 1967 Montreal Expo. The former structure was demounted and repurposed as Vienna’s Museum of the 20th Century.

The complex was built between 1970 and 1972, a swift process for such a substantial building. Schwanzer’s design incorporated 3,000 aluminium façade elements, pre-cast using a special Japanese process that hadn’t been used in Europe before.

The construction process was also novel; the central reinforced concrete tower was built first, with ready-clad floors jacked into place from the top downwards.

When completed, the curving aluminium façades towered over Munich’s ring road, just across from the city’s Olympic Park, built for the 1972 games and designed by Behnisch & Partner along with the celebrated structural engineer Frei Otto.

The 101m tower formed a striking backdrop for the Olympic coverage, instantly giving the skyscraper a global audience (even though the Olympic Committee demanded BMW remove its distinctive badges from the top floor).

The tower is accompanied by the ‘bowl’ of the BMW Museum, an inverted dome that houses an ever-changing display of the company’s extensive collection, with the famous BMW roundel painted on the roof.

The buildings have since appeared in numerous films, starting with 1975’s Rollerball, when they became the sinister HQ of the Energy Corporation. They also serve as an impressive location for photoshoots – seen here behind the BMW 530e in a shot by Koto Bolofo for Wallpaper* in April 2019.

BMW has continued its commitment to high-quality corporate architecture. In 2005, the BMW Central Building in Leipzig was designed by Zaha Hadid Architects, while two years later the BMW Welt opened alongside the Munich HQ, a dramatic piece of deconstructivist design by Coop Himmelb(l)au that serves as an event space and customer centre for the brand.

This year, the company announced a collaboration with OMA and 3XN to explore future development of its main Munich factory. 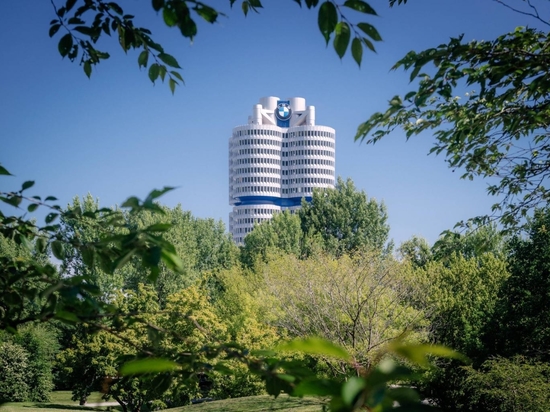 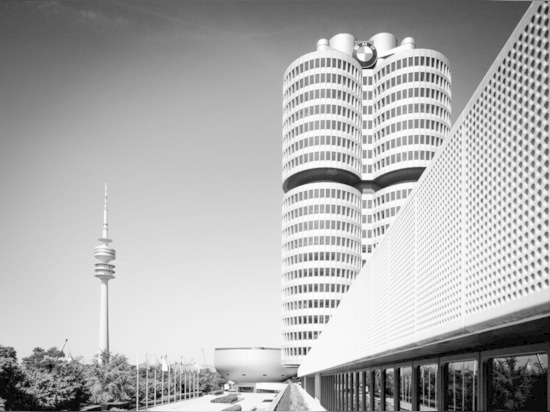 BMW HQ, photographed by Myrzik and Jarisch, with the Olympic Tower in the background 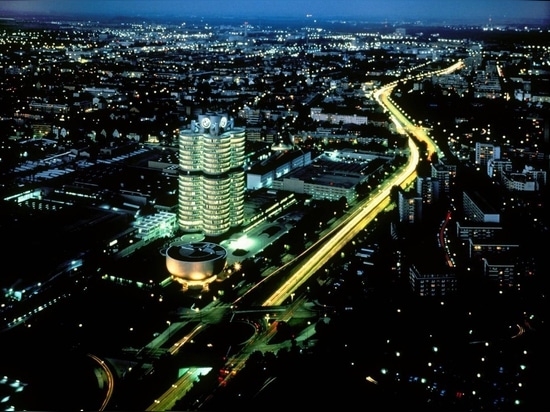 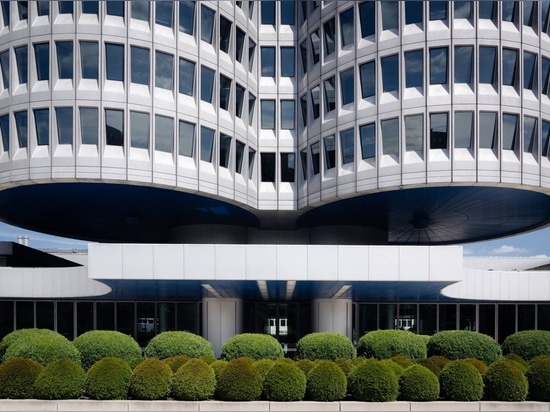 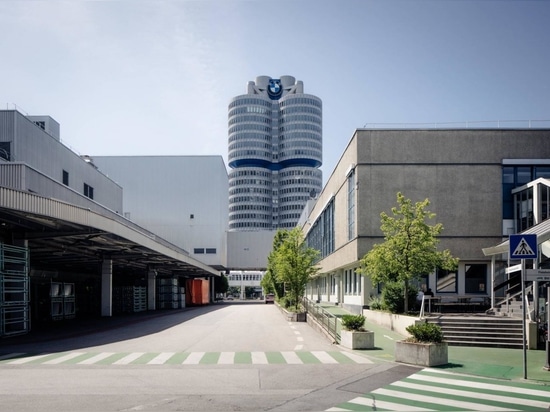 BMW HQ seen from the factory, photographed by Myrzik and Jarisch 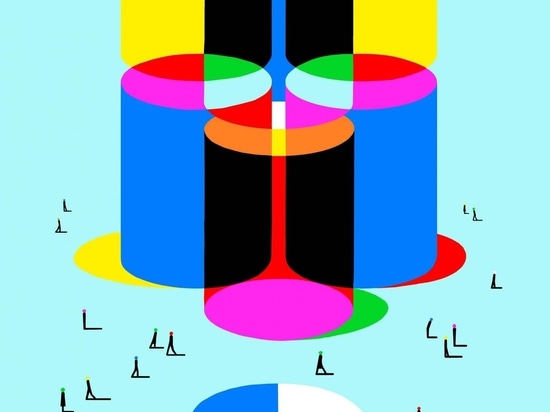 An illustration by Christoph Niemann, commissioned by BMW to celebrate the HQ’s 50th anniversary