Bas Smets on landscaping Notre-Dame, and ‘hacking’ a city to fight climate change

When the medieval cathedral of Notre-Dame de Paris caught on fire in 2019, the world was devastated. Now, as plans for the restoration of the important monument are underway, Bas Smets has plans to help bring the beloved, iconic space back to life. The Belgian landscape architect has been appointed to redevelop the expanses around Notre-Dame, greening the Île de la Cité into a mini, verdant paradise in the heart of one of Europe’s largest metropolises.

His mission, however, goes beyond the immediate landscape. Using plants to help manage temperature, especially in a big urban hub like Paris, is a key tool against climate change. ‘It [climate change] is such a hard thing to grasp and we all feel so small, but we can work on a smaller scale and make a big difference through microclimates. My work is about creating these microclimates. As soon as you can understand how a city works you can “hack” it and improve on current conditions. I don’t think I have a style, but I have a methodology, and that is to try and understand a site and improve its resilience. Use the force of nature to improve life and the environment.’

Working with architecture studio Grau, Smets also collaborated with a variety of consultants on lighting, water, engineering, public space safety, preservation, and even philosophy, to carve out his proposal. The team worked on enriching an extended area around the cathedral with new trees and all manner of leafy delights, stretching the planted sections, unifying public space, while aligning it with the city around it. A large, paved area right in front of Notre-Dame’s main entrance preserves the important, well-known views of the monument, celebrating it from every angle.

‘We had to rethink the area of Notre-Dame, but also rethink the whole city, as the Île de la Cité is the cradle of Paris. For example, nobody [used to go] behind the church, even though there was a green space – Parisians never went there,’ Smets points out.

Design development begins immediately, and while works might stall around the Paris 2024 Olympic Games, the aim is for the landscaping to be finished by 2027.

Features will include a new – and rare – linear park along the Seine, offering views of the Pantheon and the Paris skyline across the water; a brand new, dedicated visitor centre; a mix of species, including chestnut trees, European nettle tree, and others suitable for drier climes; and a fountain-type feature that will see the paved open space in front of the cathedral flooded with a thin film of water once a day, probably at a set time, imitating the wet pavement after a summer rain, cooling the area down while adding one more element of dynamism and nature to the composition.

‘What we are doing is using shade, humidity, wind and water to lower the temperature in the heart of Paris,’ says Smets. And he should know, as it’s exactly what he managed to do in other locations, such as the Parc des Ateliers, home to Luma Arles, where Smets turned what was a very dry landscape into a leafy green lung. Other past works in Smets’ portfolio include the Part-Dieu square in Lyon and the Sunken Garden in London, a private leafy microclimate within a heritage building. A sculpture garden in Long Island, USA, is among ongoing works.

As for his ambitions for Notre-Dame? ‘We wanted to make a nuanced composition,’ he says. ‘You’ll walk in, sit, stay, go underground, open towards the river, emerge close to the entrance… More than giving a form, we are giving an experience.’ 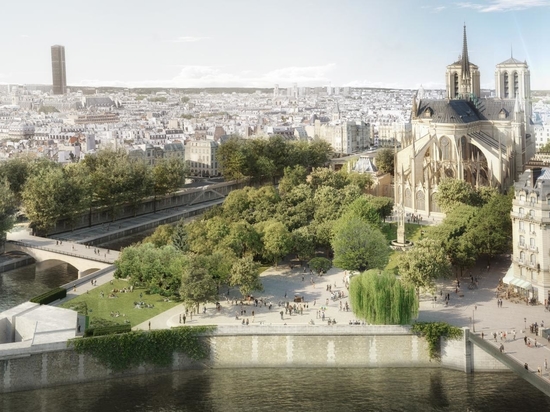 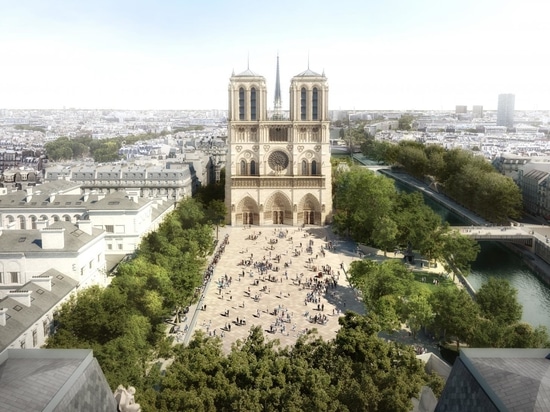 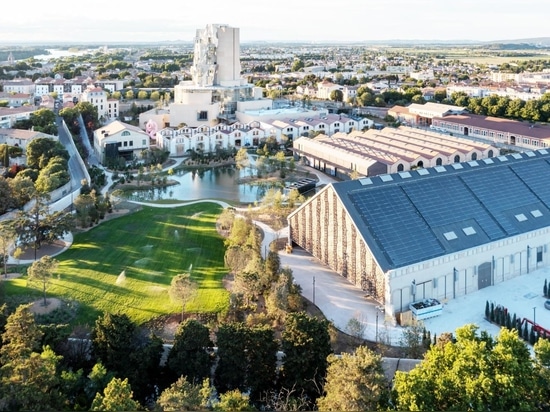 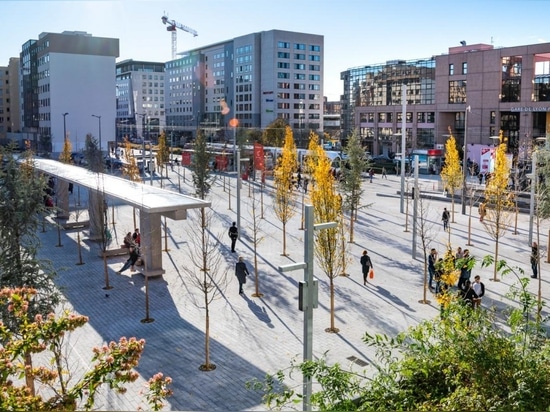 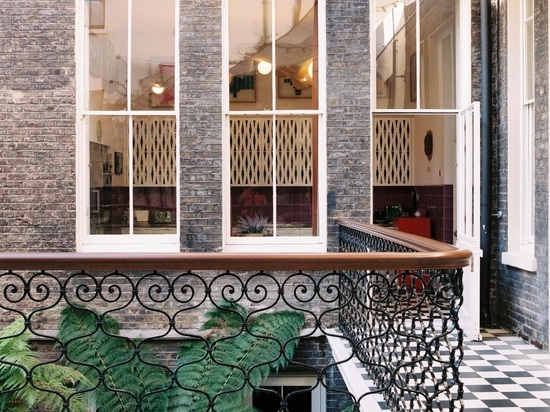