The Refugee Museum of Denmark (FLUGT) has officially opened its doors after a formal inauguration ceremony in the presence of Queen Margrethe II. Bjarke Ingels Group (BIG) and exhibition designer Tinker Imagineers are at the helm of the museum, which has opened on the site of Denmark’s largest refugee camp from the Second World War.

The new museum aims to share the stories of refugees worldwide, and portrays challenges through an exploration of archeology and the gathering of local historical knowledge. For BIG, which rethought and extended the camp’s original hospital building to create the new space, the project is its second for the museum’s operator Vardemuseerne, after the opening of the west coast of Denmark’s Tirpitz Museum.

‘The Refugee Museum of Denmark explores an important part of our history and a theme that is more relevant than ever, with millions of refugees currently displaced from their homes,’ says founding partner of BIG, Bjarke Ingels. ‘We have designed an architectural framework that connects the past with the present – with a new building directly shaped by its relationship to the historic hospital buildings of the Second World War refugee camp. We went into this project with all our heart, to address one of the world’s greatest challenges – how we welcome and care for our fellow world citizens when they are forced to flee. The project is a continuation of our collaboration on Tirpitz Museum with Vardemuseerne and [its museum director] Claus Kjeld Jensen, whose uncompromised design vision once again inspired our design for FLUGT.’

The two buildings that originally contained the former hospital are connected by soft curves, creating an undulating and welcome silhouette. An amalgamation of textures, from steel to the red bricks of the original hospital building and a curved wall of glass, imbues the space with a rich tactility.

‘FLUGT – Refugee Museum of Denmark will share and uncover the stories of the largest refugee camp in Denmark, as well as the story of the lived refugee experience of our time,’ adds Kjeld Jensen.

‘FLUGT seeks to give a voice and a face to humans who have been forced to flee their homes and capture the universal challenges, emotions and nuances shared by refugees then and today.’ 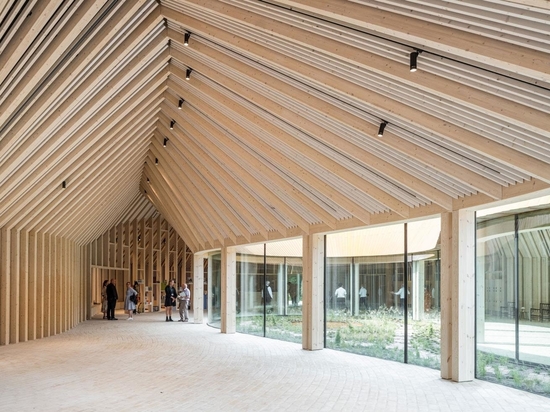 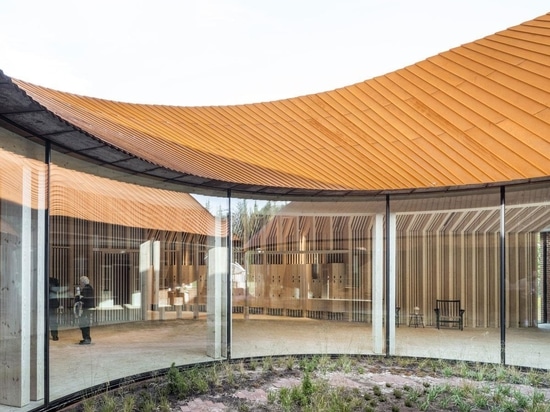 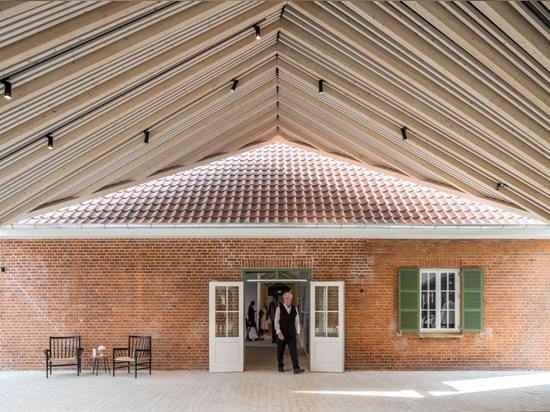 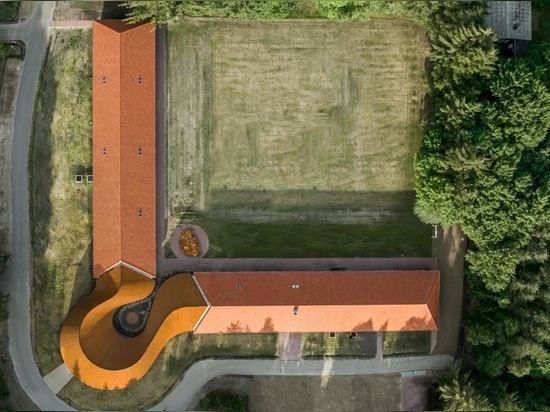 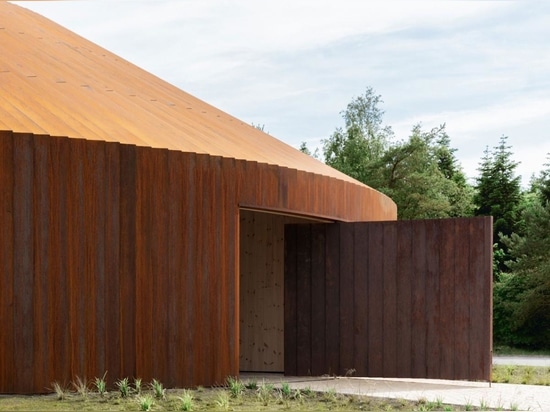 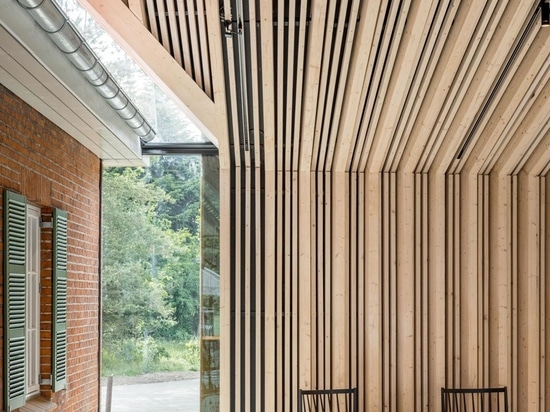