The Akko-Tlani house is in the magical town of Tlayacapan located in the State of Morelos, 85 kilometers away from Mexico City and 45 minutes from the city of Cuernavaca. The purpose of the project is to create spaces designed for the enjoyment, privacy, and regenerating rest of its inhabitants, who by coming into visual contact with the mountain range and landscapes, will enjoy the benefits which the nature lends us, such as calm, wisdom and freedom.

The house has 230 sqm of construction beyond the outdoors areas, composed by the garden and a pool, this includes a roof garden at the 3rd floor. The land has a privileged location since it is in a rustic area that has a natural slope of approximately 2 meters of unevenness towards the northeast, as a result the view the “El Sombrerito” hill, is the main visual for the project.One of the client’s needs is that the slope of the land is used to generate views towards the surroundings and that both social and private spaces are privileged to have a visual natural context.

Based on the natural conditions of the site and the needs of the client, an architectural program arises in which there will be interior spaces with the same hierarchy, that is all the inhabitants of the house will have the same spaces and visual enjoyment, considering as an example the fact that all the bedrooms can serve as the main bedroom. Likewise, the greatest possible use of green areas in the project is sought to house recreational elements such as the pool and, where appropriate, landscape architecture.

The concept of the Akko-Tlani house arose from the understanding of the socio-cultural context of the magical town of Tlayacapan, since due to the mysticism of the place that has been present from pre-hispanic times to the present day and due to the relevance of the natural environment for the development of the town, the concept of the “sacred and the profane” arises, that is why the words Akko-Tlani were chosen, which in Nahuatl means “up and down” (the sacred and the profane).

In the conceptual context of the profane, not only is the design captured and developed with the volumetric game that alludes to the forms of the hills of Tlayacapan, but also we consider that with the observation of the materials of nature, these could be recreated in the architectural design and finishes of the house, since it is about replicating the tonality of the color of the strata of the mountain range, taking as an example the colorful environment and the texture of natural factors such as erosion, our project intends to replicate this natural process and that the house over time expresses its originality and integration to the natural environment of the site.

As for the materials applied to the facades, it is worth mentioning that a plinth of exposed concrete is contemplated, in order to provide a visual contrast between the natural and the artificial. Regarding the conceptual part of the sacred, the aim is to meet it from the moment of accessing Akko-Tlani, since at the beginning we will be greeted by a hall containing an interior Zen Garden, which will function as a physical and emotional filter, for the user shortly before entering the house.

Likewise, when accessing the various transitions to the different spaces of the project, there will be natural elements such as trees as visual finishes, which will not only help to create a hall to the spaces, but will also accompany the user in said routes and regulate the ambient temperature of the house generating a state of hygrothermal comfort for users, other natural resources such as cross ventilation will also be used to achieve habitable spaces in the residence.

Evenly, considering the conditions of the isolation due to the orientations embodied in the project because of the client’s requirements, elements such as mullions are proposed in the bedrooms to help thermal and solar control of private spaces. The creation of an interior garden is contemplated to behave as a connection all the spaces, otherwise its only function is not as a visual finish, but also causes cross ventilation and natural lighting in spaces such as the living room, kitchen, dining room and circulations.

The interior garden helps to generate a bridge that connects the private area of the first level to the roof garden, where the treetops that emerge from the ground floor accompany the user along with indirect lighting framing said route and, in turn, naturally vestibuling the access to the roof garden, where at the end of the journey the visualization is opened to generate an impact for the user on the mountain range of the town of Tlayacapan.

In summary, Akko-Tlani house emerges from the client’s need to have a house that can not only be used for a weekend or recreational uses, but also for daily habitability, having as its origin the sociocultural study of the site to generate our architectural concept. Which is reflected not only in materials and volumetry of the exteriors, but also in the care of linking the visual relationship with the environment to integrate into the context and capture the mysticism of the place within the spaces of the house. Source by Proyecto Vertical. 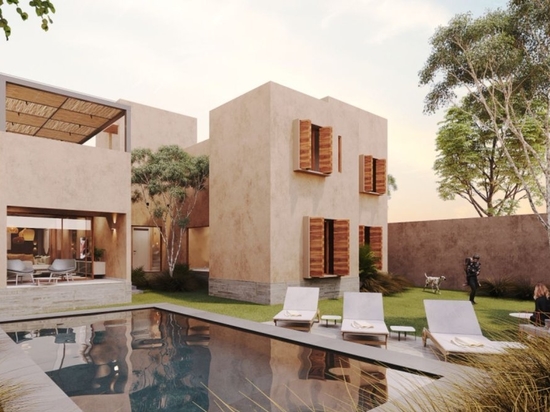 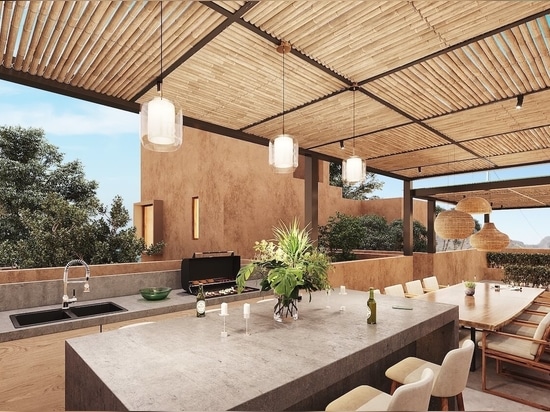 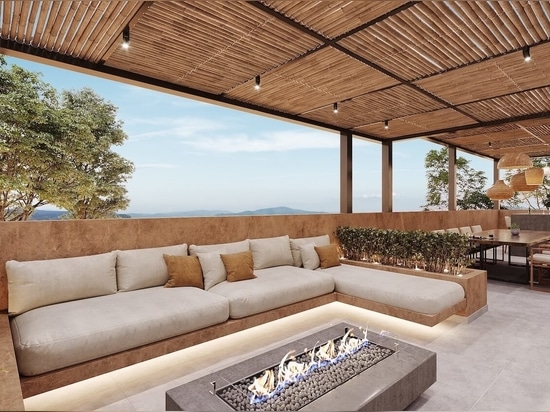 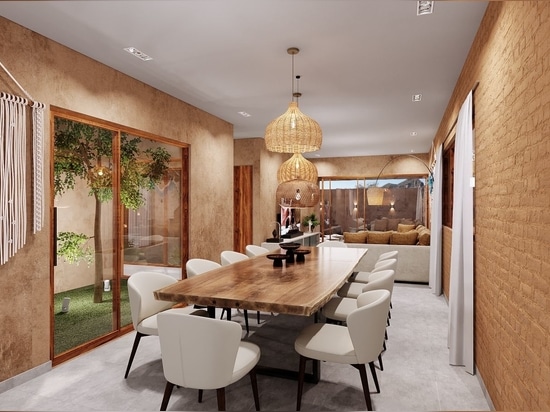 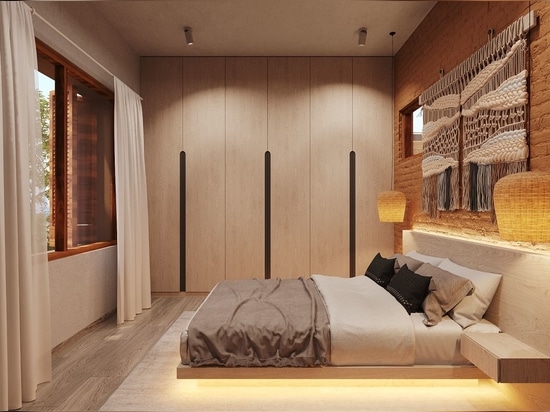 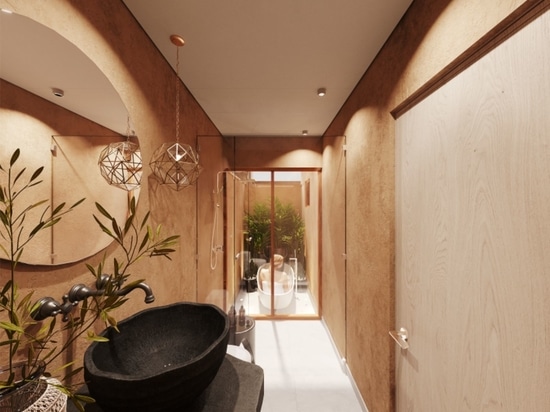