In a mountain village a few kilometres from Beijing, Chinese firm Domain Architects converts an abandoned school into a luxury hotel.

“My greatest interest now is to go to China’s countryside to find real culture, history and ordinary people’s lives, since many Chinese cities have changed too much and it is increasingly difficult to find such things there,” said architect Wang Shu in Domus 1021, February 2018.

Statements such as those made by the 2012 Pritzker Prize well illustrate the Chinese scenario: a country that in just a few decades has wiped out a large part of its historical, natural and cultural heritage in the name of a banal and hasty modernisation.

In recent years, however, we have witnessed the revival of Rural China: more and more architects are reinterpreting traditional forms and technologies in a contemporary twist, producing artefacts that integrate tradition and innovation well.

The central government is trying to revalue the country’s agricultural areas for tourism. Between 2016 and 2020, it has invested 656 million dollars to stimulate this new perspective. Among other initiatives, 300 “slow” itineraries have been inaugurated to help people rediscover these places and save them from impoverishment and neglect.

The MM Farm Boutique Hotel by Domain Architects continues the rediscovery of rurality in China. The architects converted a primary school that had been abandoned for years in a mountain village near Beijing into a high-end boutique hotel. Due to local regulations no additions, subtractions or substantial changes to the original structures were allowed. In addition, given the control policies due to Covid-19 and logistical delays, the firm was forced to use only local and traditional materials.

These constraints therefore resulted in a lightweight intervention characterised by lo-tech materials and processes, which however completely transform the site experience. The element that characterises the intervention is hemp rope, a material used by local people since prehistoric times but rarely adopted in large-scale architecture. The ropes alter the existing facades and create vibrant plays of light in both indoor and outdoor spaces.

In addition to the focus on traditional techniques, the project combines a particular ecological sensitivity, as Domain Architects has thought about the complete life cycle of each project material. 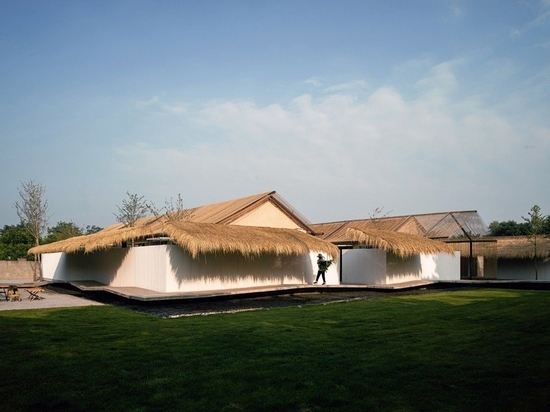 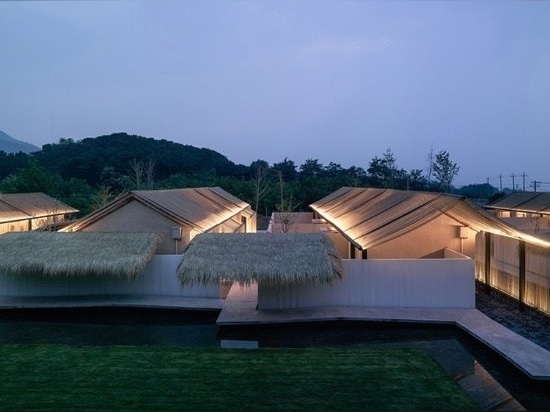 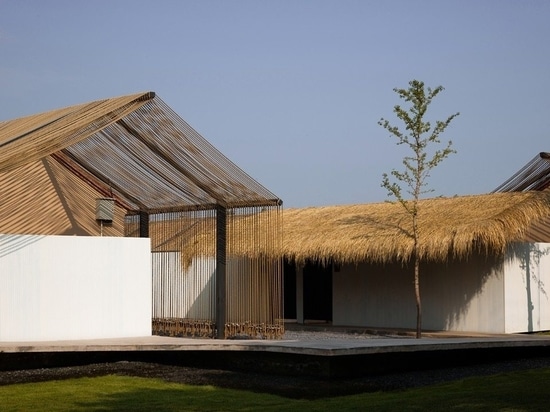 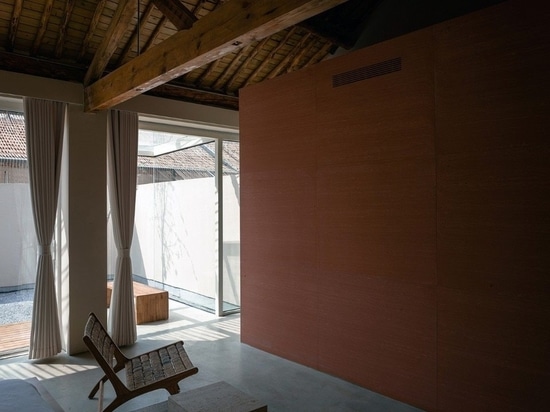 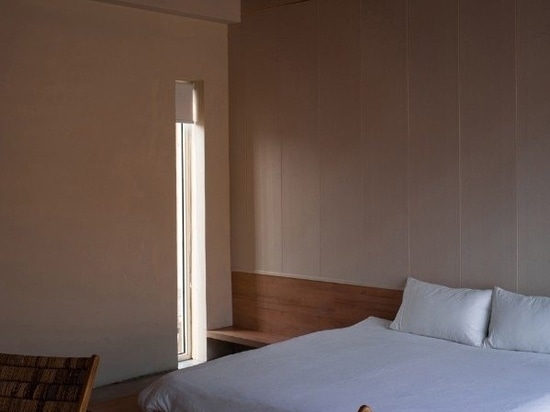 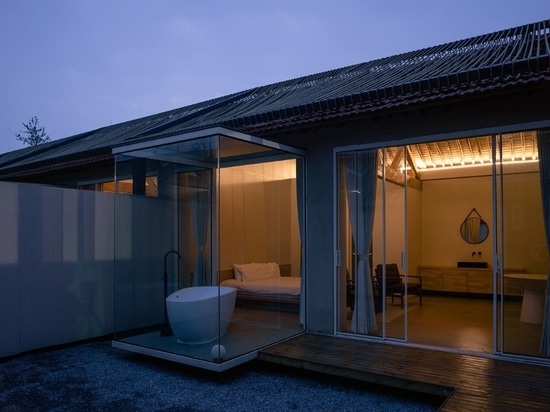