The project is part of a program proposed for the municipality of Tultepec, the State of Mexico. The project concerns a location that is recognized for its work with pyrotechnics at a national and international level for many years.

After a thorough study by the Secretariat of Agrarian, Territorial, and Urban Development SEDATU, the needs within the framework of the PMU Urban Improvement Programs were recognized. Under this approach, the Secretariat and the Department of Urban Planners sought to identify areas of interest in the town, thus achieving urban improvement and economic recovery. As part of the request for post-pandemic economic recovery, it was proposed that the local workforce was to be used throughout the construction of the project, in order to generate employment.

This Urban Improvement Program has a socio-cultural and educational approach, therefore, the portfolio of possible projects included a museum destined to pay tribute to the main activity of this town, the International Pyrotechnics Fair held every year from March 8 to 14.

In the search to exalt the local identity, a range of diverse spaces were implemented in the museum to appreciate the pyrotechnics and related festivities. In our culture, we can find several spaces of this nature from which we were able to extract their essence and standardize some of their characteristics, such as the amphitheater. In the architectural proposal, the central esplanade of the museum resembles a bullring whose analogy deals with the fact that one of the most representative shows of the fair includes the detonation of "pyrotechnic bulls". The nature of this celebration stands out for being celebrated and held in the open air. The interior space gives a feeling of openness in the route that is achieved by having the interior and exterior exhibition areas attached to each other, as well as having connecting views between the two.

The project takes into consideration that the museum could be the site of pyrotechnics outside visiting hours as well, which is why the building was made habitable at all hours by creating a square open to the public, thus providing an area for visitors throughout the day. This square functions as an open space where the public can observe the pyrotechnics regardless of opening hours. To do this, we created an esplanade that rises from the street level where, while ascending, one is able to appreciate the detonation of pyrotechnics while at the same time internalizing the essence of the project, the void.

The tectonics designed for this project is based solely on slabs and walls. The planes and interstices alert that something will happen in that space, revealing the strength of the building through the gaps. Sonically, the reverberation allows one to enjoy an exhibition that sonically coincides with the flare generated by the pyrotechnics.

One of the motivations of the project was to create a space for honoring San Juan de Dios, the patron saint of pyrotechnic craftsmen, who present the pyrotechnics to the saint for protection before detonating them. By celebrating fire in the hollow spaces of the museum, we seek to generate the analogy of a volcano. The cartouches suggest the abstraction of a series of rockets surrounding the void. The building's periphery is discontinuous in order to give a feeling that it is not a built element, directing the focus on the elevated plain instead. In the interstice between the building and the adjoining area, gardens function as a route and a respite from the museography. The museum has a cafeteria that, together with the public square, seeks to generate a meeting point for the community.

We work with materials that favor the project and save time by choosing low-maintenance materials, such as red brick, pigmented concrete, and rusty steel. We decided on the tone of the pigmentation taking into account the theme of the place that, being linked to the earth, maintains the identity of the place.

A project that seeks, like our pre-Hispanic culture, to connect its heart with the open sky. 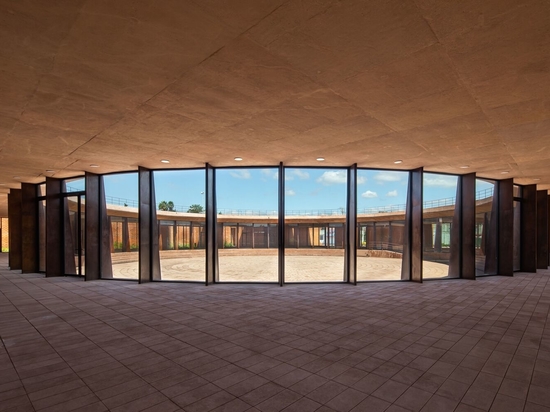 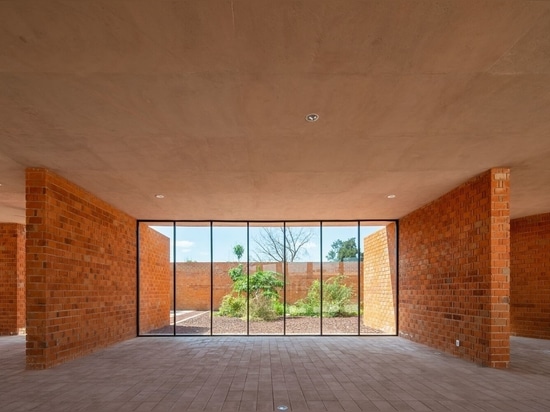 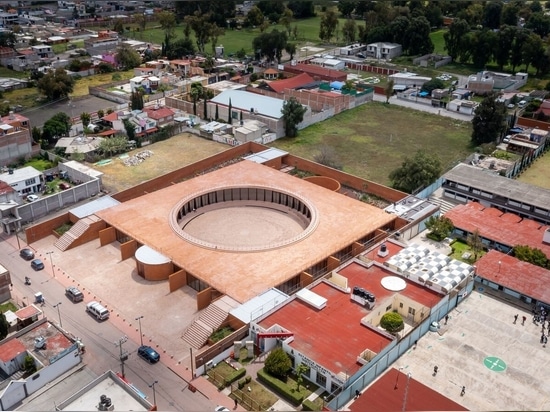 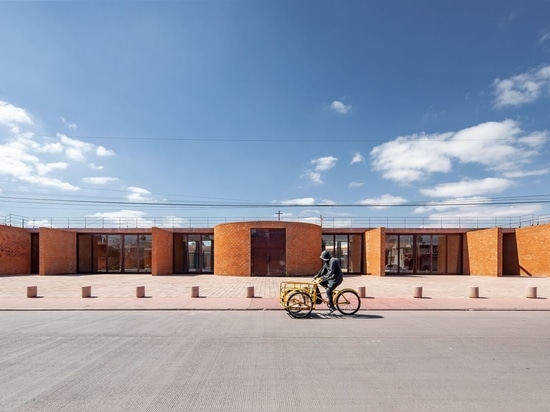 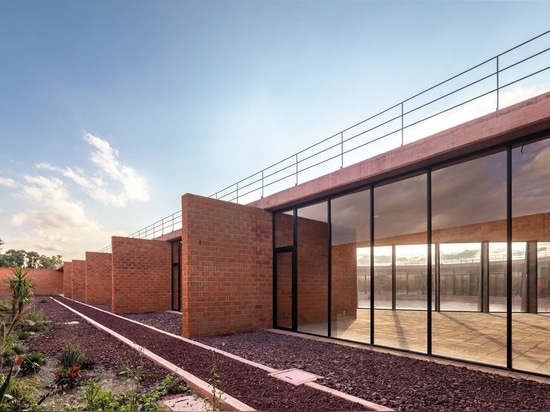 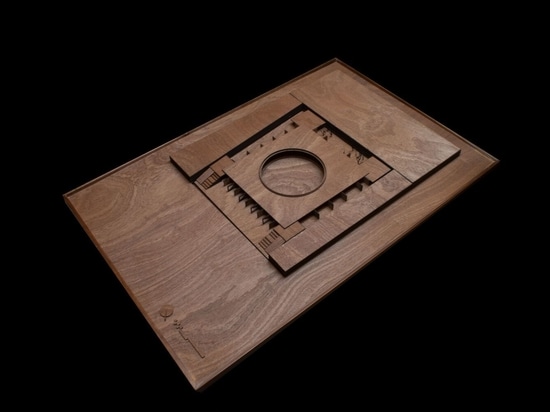