Adana Seyhan Sucuzade Urban Square was acquired by a national architectural competition in 2016 and its construction started in 2017. Opposed to the existing low-rise conglomerate, the proposal mainly rests on reducing a large footprint in the city to create more public space. 19.000 m2 public square is produced in a 34.000 m2 urban plot. Which consists of existing clusters formed by municipal regulations.

The process started with the preservation of the existing cluster boundaries and proceeded with the creation of a middle void area surrounded by a construction line holding all the streets and perimeters. The open ground floor plan allows public flow from the entire perimeter into the public square. In this way, a permeable urban perimeter was created to feed the central public square.

Another layer is revealed by the diverse structures that float in the public void. In the system established on the site transformation model, most of the existing shop owners and rights holders are present in the newly built commercial areas. Social reinforcements constitute an important part of perimeter structures. The project consists of 7 clusters only 3 clusters are organized as commercial areas and the rest of them are, a women's academy, a female-male student dormitory, a cultural center with 2 halls, exhibition venues, and a public square.

Open corridors on all floors allow the formation of wind corridors. The plinth typology creates semi-open shadow areas in the form of double-height arcades that enable users to live in the hot climate of Adana. At this point, the project is not only allows a large public space to be produced on an urban scale but also presents a response to geographic and climatic conditions with their effects on the urban realm. 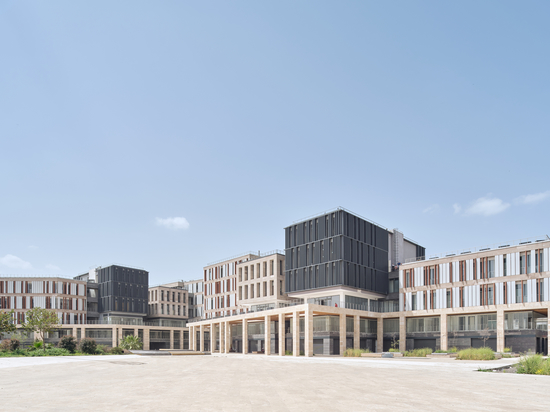 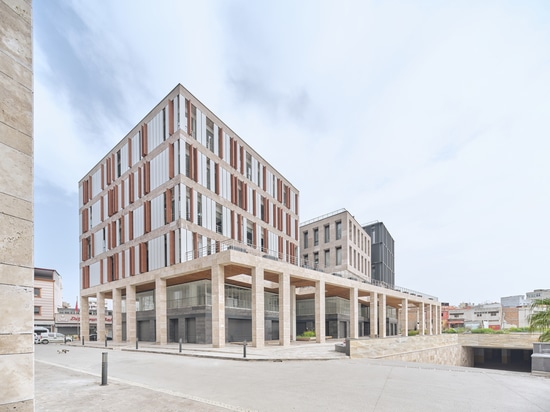 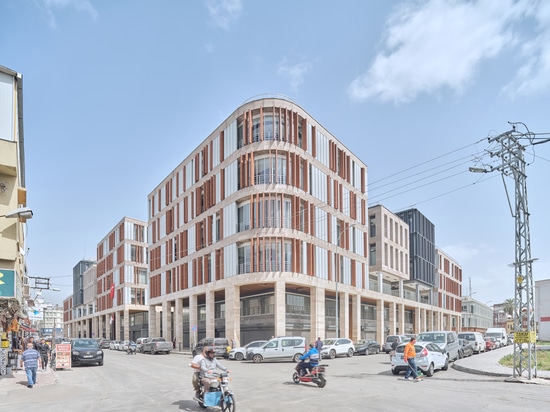 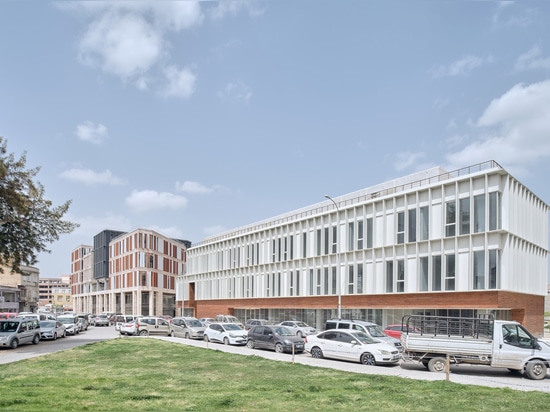 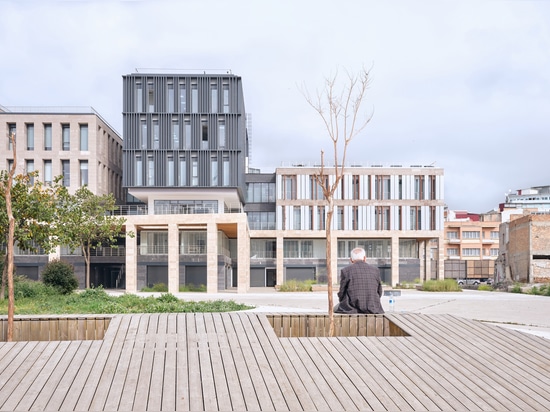 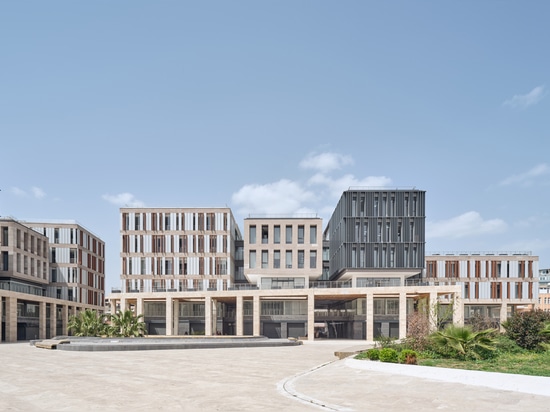