Located in the Taguspark - Knowledge City, in the Oeiras Valley, with an area of 4,000 sqm and a capacity for around 350 people, this building designed for Taguspark houses the world-leading digital games company Miniclip.

The building stands out in the landscape due to its design and sense of lightness, alluding to the cloud and the technological world that characterizes this company. An exterior structure of exposed concrete was designed high above the ground, which conveys a sense of lightness as if it were hovering over the landscape.

The enclosure is composed of two horizontal pieces that interlink in four oblique elements, introducing movement to the whole. The facade is set back from this enclosure dematerializing beyond it and giving strength to the concept of form levitation.

Gaming is in Miniclip’s DNA and entering the building is like entering a game box which conveys that kind of feeling all over the place.

The workplace design promotes creativity and collaboration in a cool environment. For instance, the central staircases between floors were designed to resemble changing levels in an online game. 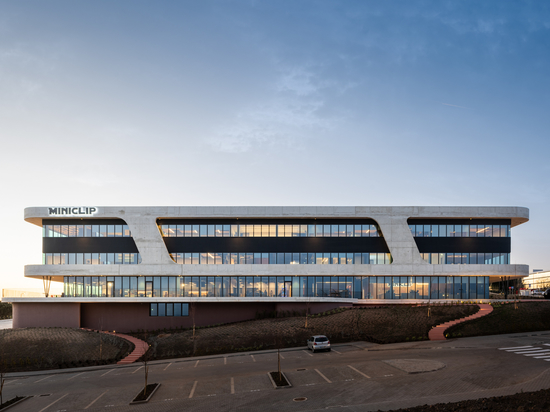 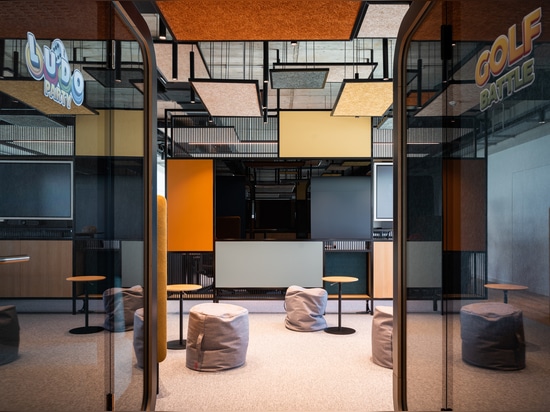 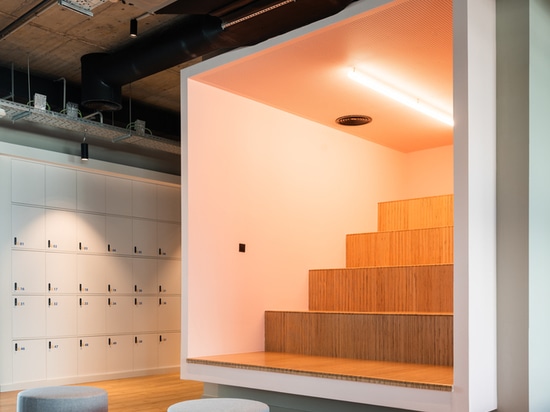 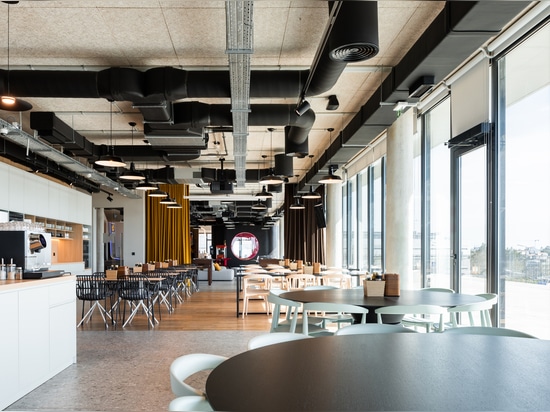 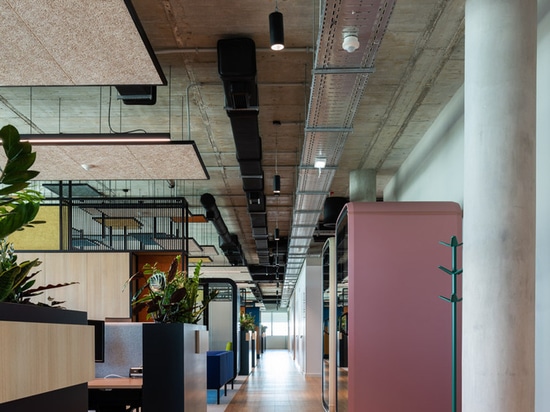 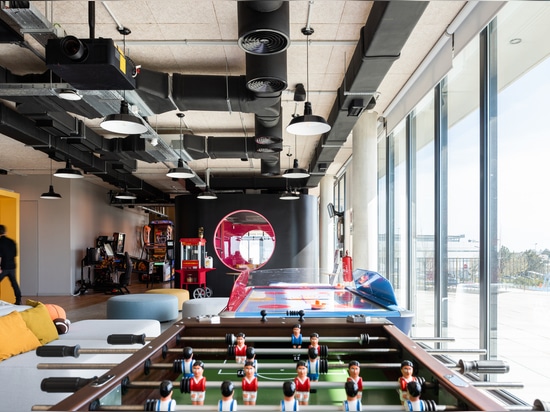