come for the shoes, stay for the food in knock kitchen & kicks by onion

‘knock kitchen & kicks’ came to be when a group of individuals from various careers decided to act on their collective passions for good food and sneakers.

located in the trendy thonglor district of bangkok, thailand, the space was existing, with renovation undertaken by architecture firm onion.

spread over a total of four floors, ‘knock kitchen & kicks’ is all things street. perhaps though, not the street you’re thinking of. the literal translation often associated with the word was abandoned in favor of showcasing the street as an always present showcase for everyday apparel and, of course, shoes.

visuals are predominately linear, with the main staircase and diagonal wall patterns acting as main features. the shop front, placed along one of the busiest streets in the city both day and night, has been organized so that almost nothing is visible from the outside. stairs start almost immediately from the door, and lead upwards first to the bistro, then up and around to the retail space on the third floor.

‘knock kitchen & kicks’ has a palette of cool and warm whites, with an accent of pastel green in the partially outdoors section of the restaurant. concrete blocks produced locally are cut, flipped, and arranged in various parts of the interior and held differentiate between each floor. a large window connects the retail and eating areas; hopefully encouraging visitors to stop at both. 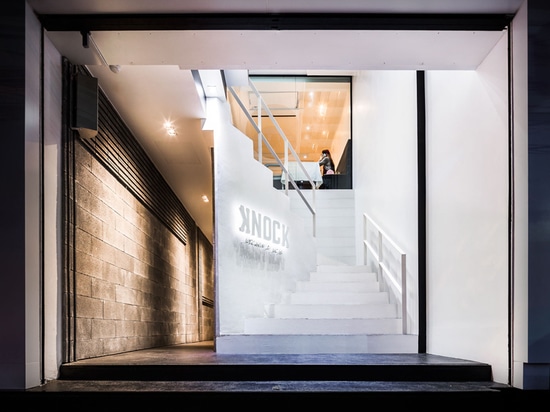 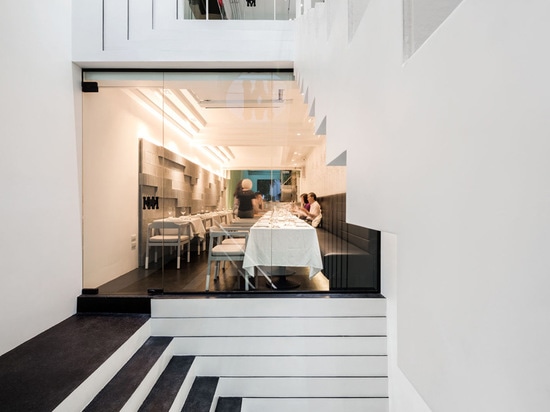 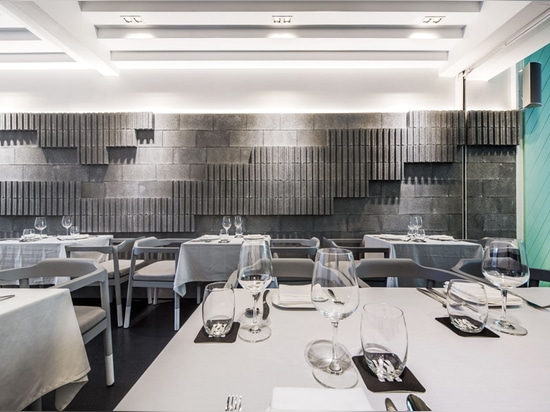 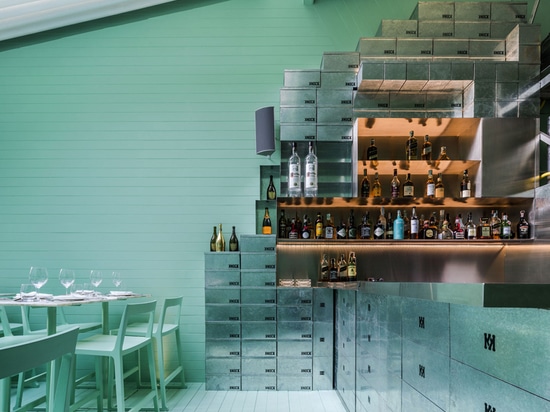 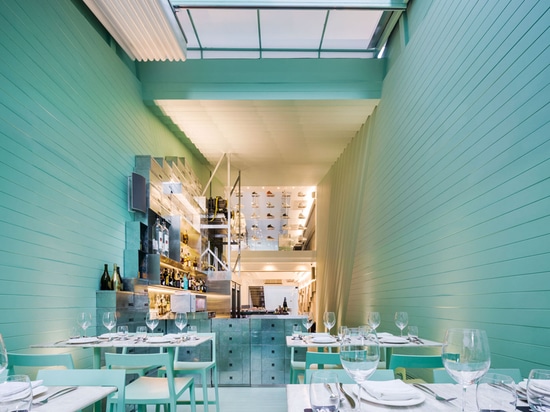 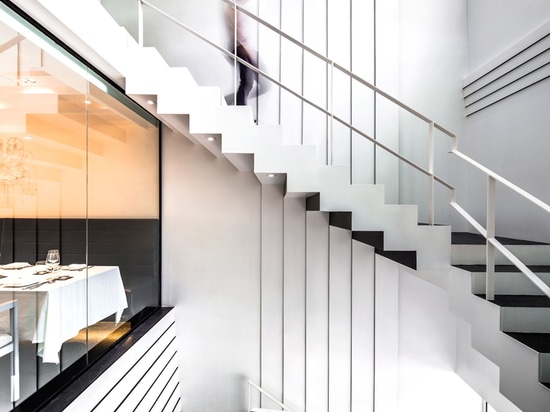