Situated between the bank of england and st paul’s cathedral in central london, foster and partners’ proposal for the construction of bloomberg‘s new european headquarters is well underway

Lord foster himself and michael bloomberg hosted the topping out ceremony, presenting the scheme which will hope to serve as a natural extension of the city while attempting to improve the surrounding public realm.

the new building comprises of two triangular volumes, bisected at ground level by an arcade and connected above by bridges. protecting views of the landmark st. paul’s cathedral, the height complements the neighboring structures, while the public areas on the ground level will include water as a homage to the roman walbrook river that once flowed through the site.

‘every design decision, from materials carefully chosen to age and mellow over time, to the revival of watling street – the ancient roman route that cuts across the site – reflects the exacting standards and total commitment of everyone involved. the result is a building that is uniquely of its place and time, an exemplar of sustainable design, and a workplace that will attract the best and the brightest global talent to the city of london.’ - lord foster

presenting open-plan floor plates, the cores have been moved to the perimeter of the building, in turn the scheme will aim for a breeam outstanding rating, with naturally shaded facades and natural ventilation throughout the interior spaces.

‘with this building we are creating a lasting legacy for bloomberg and for the city of london. it’s a building that our business needs and that our people deserve and will stand as a symbol of our past successes and our future ambitions.’ - michael bloomberg 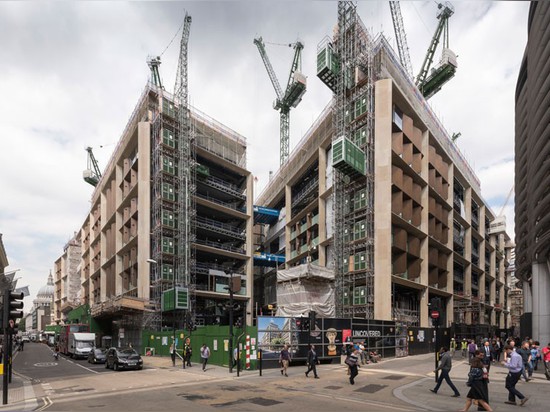 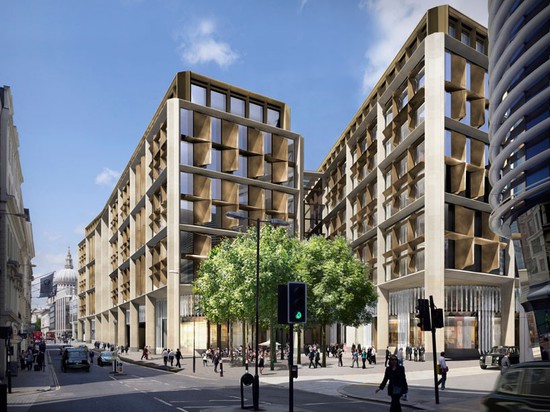 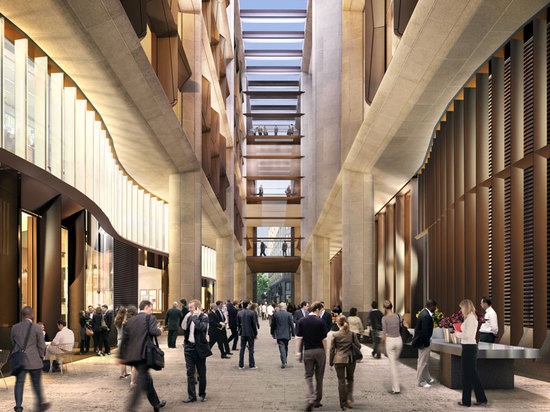 an arcade and connected above by link bridges, reinstates watling street – an ancient roman route 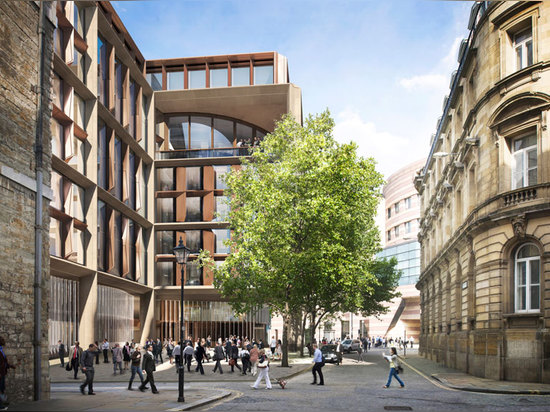