Unity is the principle that guided Schmidt Arquitectos Asociados in the design of this university campus in Chile, translated into a central courtyard around which are distributed the faculties, merged together to maximize the building’s capacity.

The regional headquarters of the Andres Bello University is located in the coastal city of Viña del Mar, Chile.

It lies in a temperate climate zone with a prolonged cloudy dry season and rainy winter which is strongly influenced by the Pacific Ocean, generating low temperature fluctuations during the year.

Unlike a traditional university campus, where each faculty maintains its own administration offices, classrooms and laboratories together, the new headquarters was uniquely designed to merge all the faculties of the university. It organizes these into four main academic areas: Engineering, Economics and Business, Sciences and Health, with their administration being centralized and each faculty only having its specific laboratories, and sharing generic classrooms, the library and refectory. In this way the university maximizes the use of the building’s capacity, reducing investment costs as well as centralizing all the services improving the economics of scale.

Unity is the principle theme of the campus, that is why Schmidt Arquitectos Asociados planned a central space, the Patio Mayor, where students of all courses can interact, becoming the main exchange area of the campus. The academic areas were organized around the perimeter of the flat portion of the site forming the Patio Mayor. In a second stage, a Dental clinic will be built on the high part of the site, a positive part of the Plaza creating a strong social link to the community.

Patio Mayor is landscaped with gardens on the first level and on the north and west facades, where the transit areas are.

Creating a horizontal and vertical garden like this amplifies the upper walkways larger than technically required in places of residence. These high level passage ways are arranged in order to maximize sunlight for the mainly south and east facing classrooms and laboratories, having them aligned to the north and west makes the most of the light, looking over and enriching the experience of the Patio Mayor. The perimeter building was divided into two blocks staggered in half and connected by ramps facilitating the movement of students and reducing the use of elevators, also the access zone and public spaces gain mean additional height improving spatiality.

Since the project had to be built in a short time (just 16 months), the architects opted for industrialized finishing materials, much of the interior partitioning was prefabricated accelerating its installation, also allowing future flexibility and an 80% reuse of material. For the construction of the facades has been used glass and a single prefabricated aluminum zinc cladding finishing, which on the west facade is mounted as a double skin, with a veil parametrically designed to take advantage of optimal lighting conditions, sunlight and protect the facade from excessive sun exposure. To define the percentage of protection and use of the sun shading structures, the architects took into account the internal layout of the building, giving more protection to the classrooms and laboratories than the halls, cafeteria and corridors. 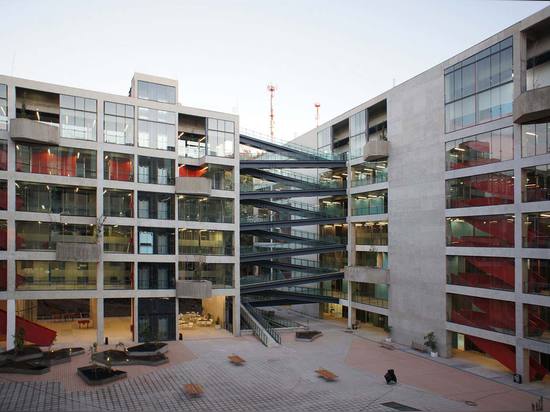 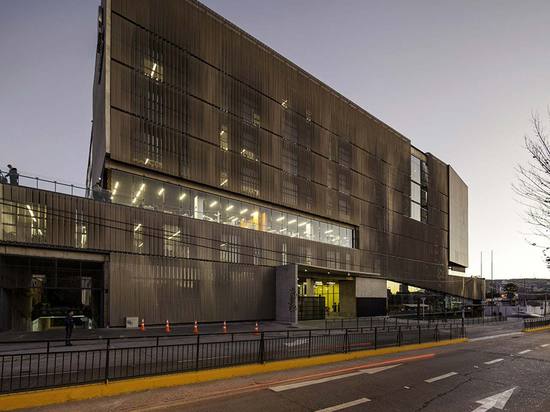 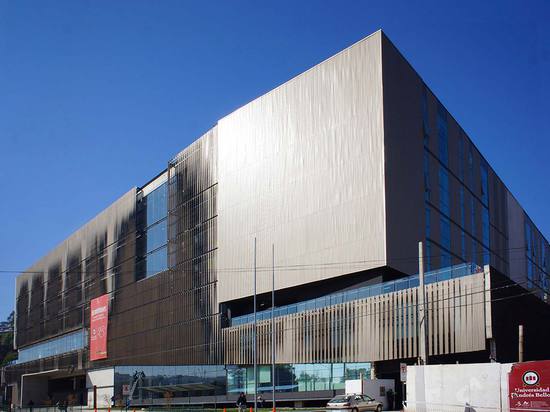 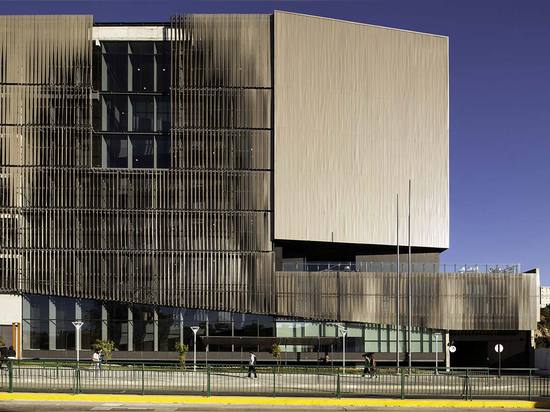 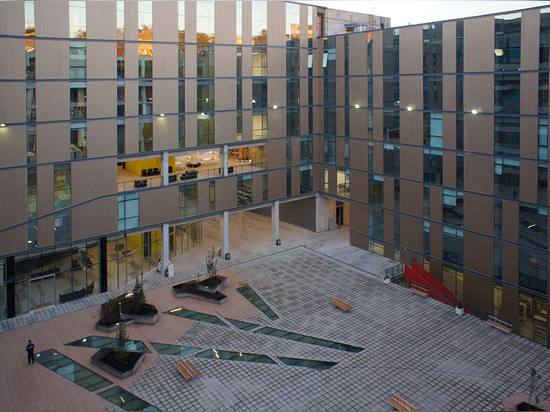 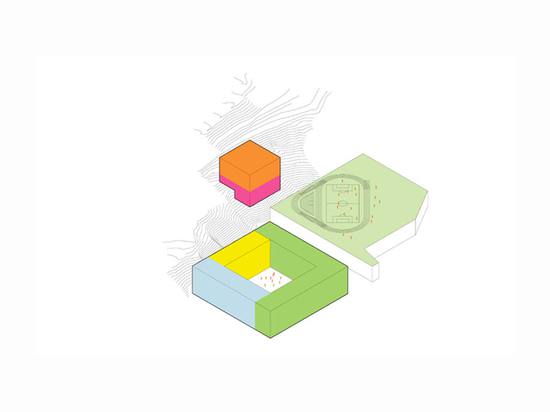