the school’s design is derived directly from its identity, which is characterized by the four colors: green, yellow, blue, and red. the aim was to formulate a welcoming entrance to the school, which elicits a sense of pride and playfulness.

form was created in response to an initial analysis of the plot, its neighboring buildings, and various mandatory regulations and restrictions. the building was relocated from its former position on-site, and the main drop-off road was eliminated. thus, the school would be immediately approachable.

the exterior is clad in cedar, which is hoped by stephenson & turner to make the administrative facility more enticing. crisp steel support lines and colored concrete strips create an rhythm throughout, and chances as light moves day by day. the roof is tilted, which connects the school’s identity to the nearby whenuapai airbase. conceived as an ‘eyebrow’ the tilt draws an outline around the structure, and frames it within view. 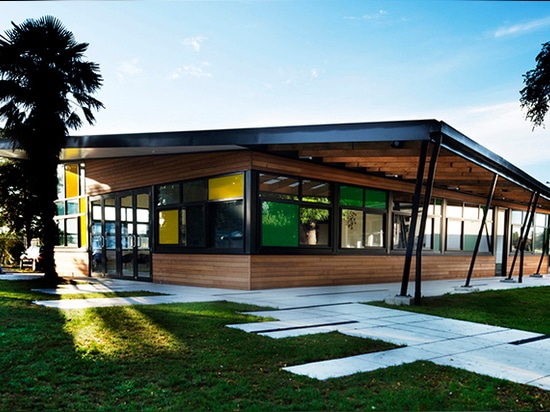 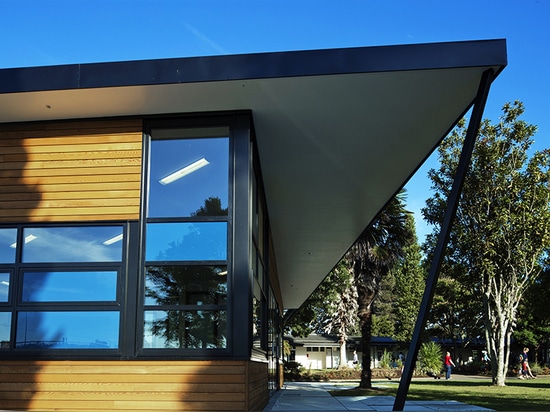 natural, crisp materials are a reflection of the building’s context 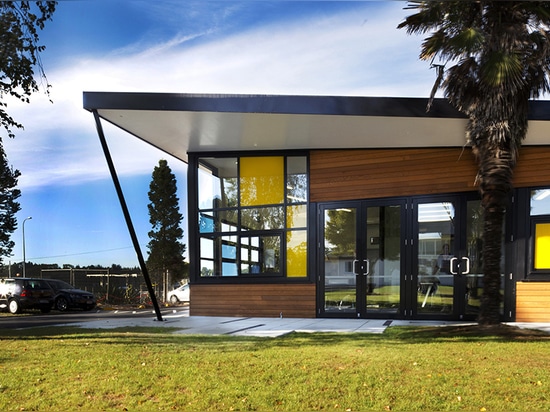 the aerodynamic roof peaks towards the hills beyond 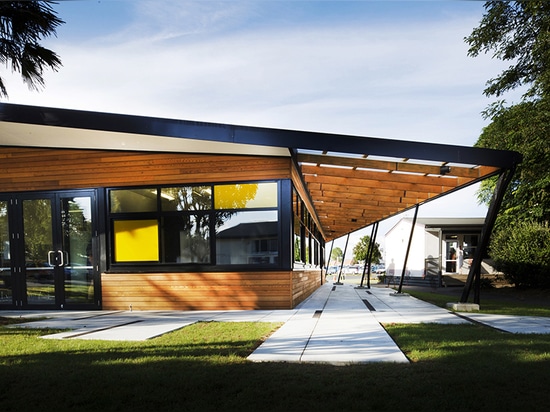 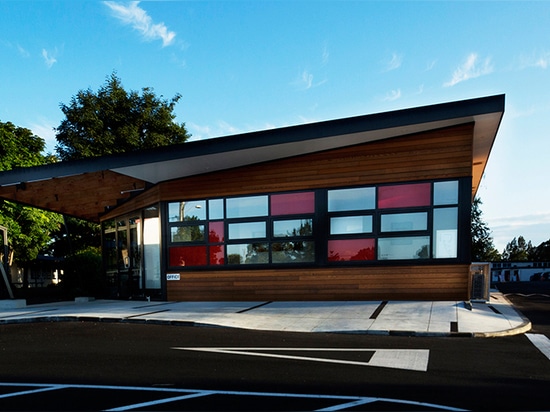 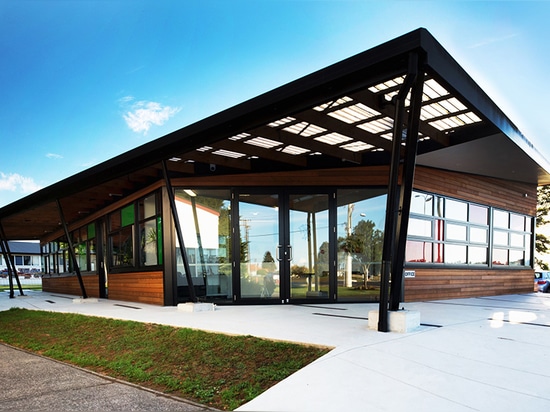