Mashhad, iran — home to the shrine of the 8th imam of shiites — attracts more than 25 million religious visitors each year.

The city’s infrastructure is increasingly incapable of dealing with the massive influx of pilgrims, and has lead to major moves in creating a master plan for the urban area. an initial strategy, which would isolate the shrine, was abandoned, and replaced with an intertwining network of boulevards surrounding the location. each thoroughfare is to be lined with large scale buildings, which provide accommodation, shopping, and other crucial functions for the migratory populace.

an open competition was held, inviting architects and designers to propose programs for a site located at the merging point of two major boulevards, both leading towards the religious monument. the ‘qibla plaza’ — qibla is the direction to mecca — was entered by erfan farahmand, elmira jafari, abbas sarrami, and meisam amirsadat; with the help of a dedicated group of engineers and architecture consultants.

conceived as a ‘multi-functional active surface’, the concept allows uninterrupted movement (a historical problem due to traffic, both vehicular and pedestrian), and extended views to the shrine. the plaza is mainly an in-between space where entry and exit, as well as overflow crowd, can be facilitated. in addition to above ground infrastructure, the team proposed another six levels of urban subterranean space. each level would address a spatial issue, and thus contain: public transport stations, bathrooms and other facilities, access to the underground level of the religious complex, commercial and cultural points, parking, subway connections, and utility space to run it all.

a central, dome-shaped structure is the focal point of the design, and embraces the multi-functional plaza sunken directly underneath. two additional surfaces, located on either side, provide green space and an informal area for gathering purposes. entryways direct population flow to and from the gateways and urban fabric, and ease access to a majority of facilities. the ‘qibla plaza’ was given first prize in the initial stage of competition, and won second place overall. 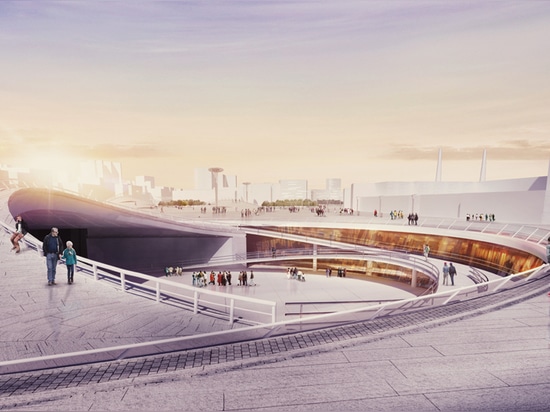 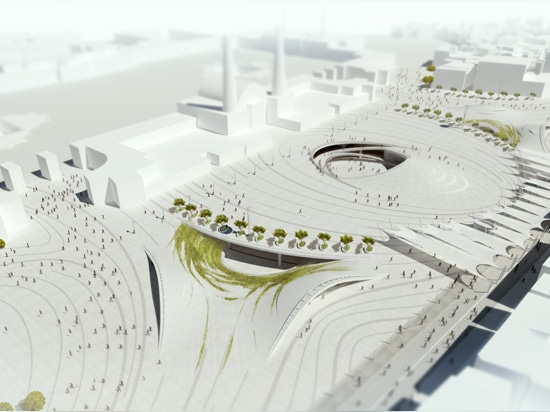 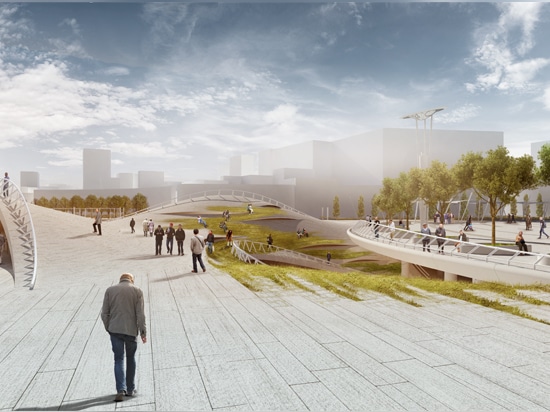 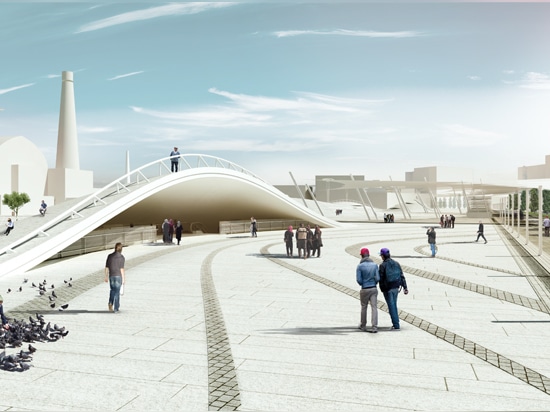 gentle openings aim to extend the view toward the minarets, and have walkable surfaces above them 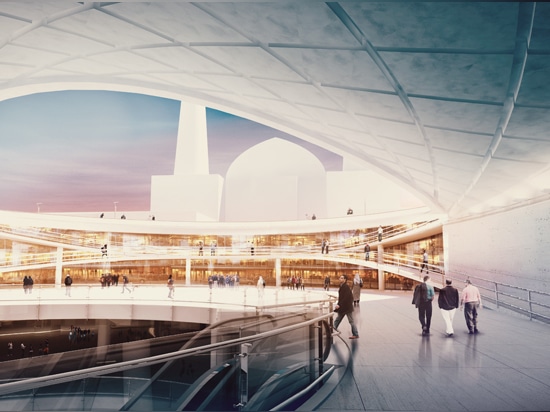 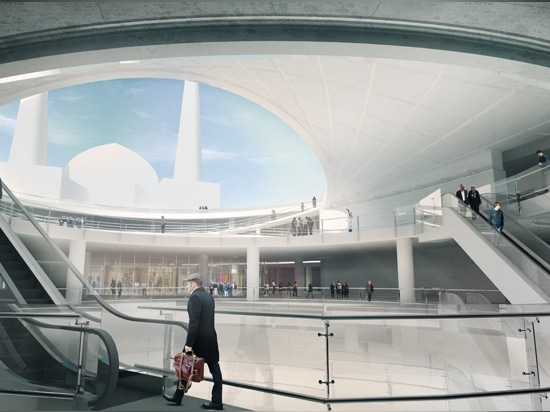 extended views from lower levels look towards the iwan